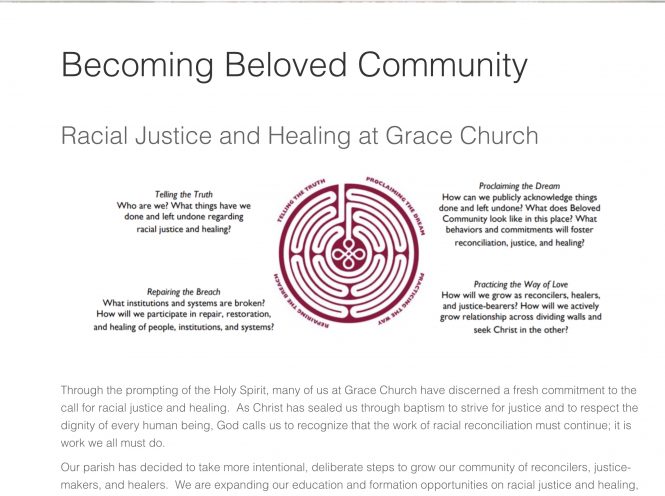 “This group of parishioners is circling the wagons, and while they seem sane to themselves, they seem immature and hateful to outsiders looking at their behavior.”

Sound familiar? If not, that is the reaction from posters on The Wartburg Watch when Lisa Medley, aka the Princess Porcine, and Leslie Malm decided to surface and share their perspectives on me. See for yourself: 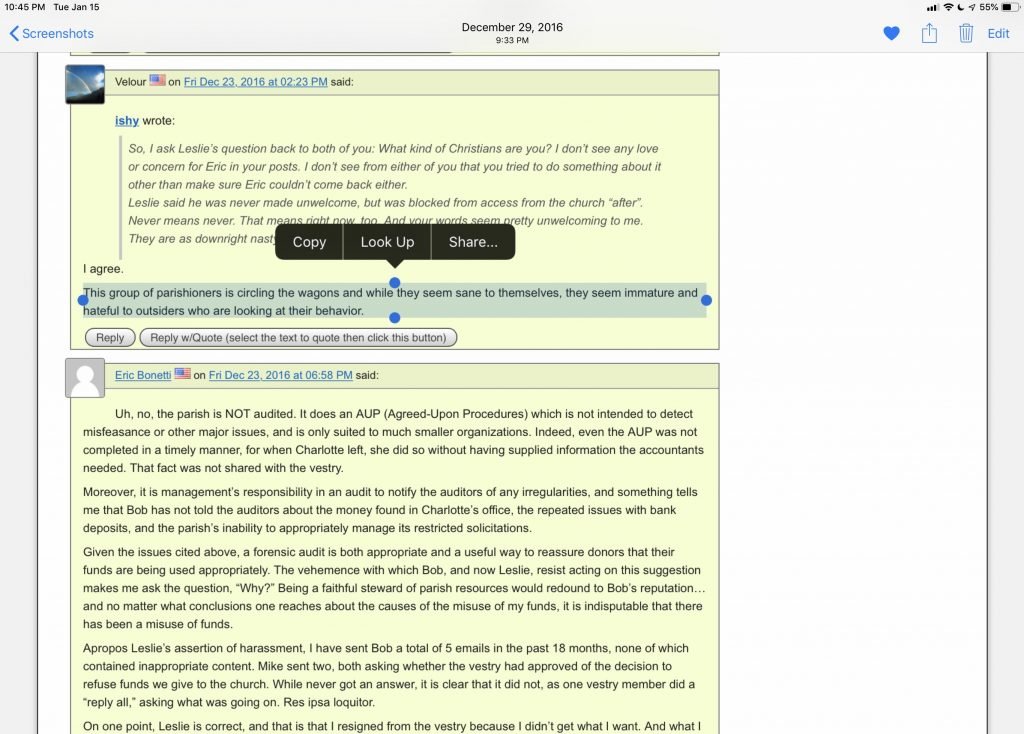 And now, in the midst of this sordid track record, Grace church is talking about “becoming beloved community” and addressing systemic racism. In fact, this summer will be six years since the advent of my conflict with perjuring priest Bob Malm. The time’s been marked by Motormouth Gable’s defamation; lies from Lisa Medley aka the Princess Porcine; comments from Lucy Medley urging me to commit suicide; lies, unethical conduct (including concealing evidence), and trying to drag a dying woman into court in violation of state law by Sugarland Chiow; and of course, Bob Malm’s perjury and lies.

That begs the question: If Grace can’t even act with integrity in this brouhaha, a small matter in the overall scheme of things, how on earth can it think anyone will take it seriously on issues of racial reconciliation and larger social issues?

Grace talks about telling the truth, but it can’t even tell the truth about its priest, his conduct, and its role in that conduct. Meanwhile, Motormouth Gable asserts in court that her claims about me committing perjury are covered by the defense of truth. And yet there is no statute of limitations for felonies in Virginia, so the fact that I have never so much as gotten a call from law enforcement about her claims tells you all you need to know about Motormouth and her lies. And we have yet to see any evidence in support of perjuring priest Bob Malm’s claim that my mother or someone claiming to be her contacted him repeatedly, only to cancel.

Maybe this Lent, Grace church should, instead of addressing racial reconciliation (a pressing need, to be sure), start small and look at its own conduct, including the way so-called Christians at Grace treat each other.

After all, if Grace can’t put it’s own house in order, how can it put larger society in order?