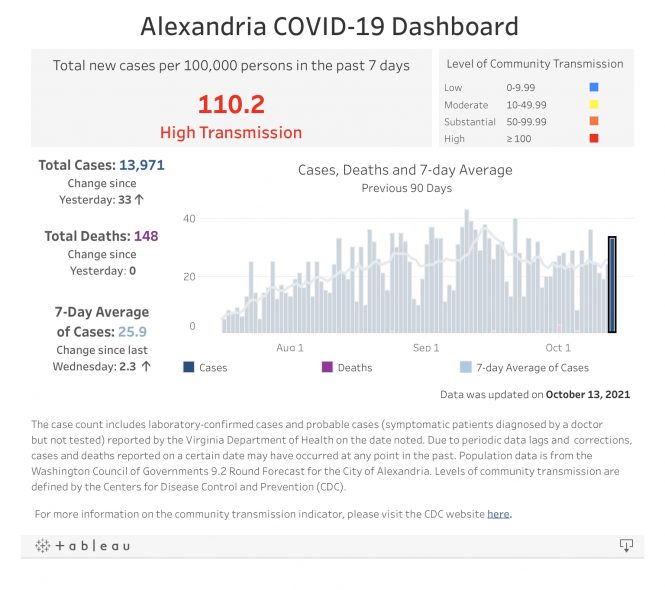 There’s an inconvenient truth out there, and it’s not just that Bob Malm is a perjurer. The truth is that the pandemic is raging in Alexandria and in fact ticking upward. Thus, it’s stupid for Grace to hold in-person services and loosen restrictions, particularly in light of the aging demographics of the parish.

Here’s the latest data on COVID-19 transmission rates. As you can see, they are well into the highest category, with a 110 person per hundred thousand transmission rate. Thus, the byword of the day should be virtual services only, with the possible exception of outdoors. Personally, I would not even encourage the latter, as the Delta variant is so transmissible. As one physician describes it, “Think of cigarette smoke. If you are close enough that you would smell it were that person smoking, you’re close enough to be infected.”

I have just one word for Grace church right now: stupid. 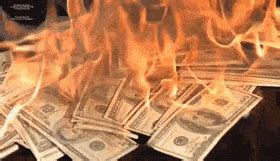 I recently had the chance to review some early budget forecasts and other financial information for Grace Episcopal, the clergy perjury parish. The news is entirely bad.

Bottom line is this: Even with cuts, current cost structures are way too high. Maintenance again is being deferred, which inevitably results in a much costlier game of catch-up, and money is not being set aside from operating income from to cover facilities expenses.

Specifically, a physical plant like Grace church normally should set aside 6-10% of annual income for maintenance and repair. In the case of a high-use location, which Grace is due to the school, the AA groups and others, the amount should be at the upper end of that range.

Nor has the church done a replacement reserve study, as has been urged repeatedly over since 2014. And the rather weak efforts of the property committee to prioritize expenses are utterly ignored by the vestry. (I hired a consultant to do a replacement reserve study at my own expense, but threw it in the trash after experiencing childish behavior from Lisa Medley and Alison Campbell. At the time, it reflected cash requirements of more than $1,000,000 in the next five years to keep the physical plant operational.)

To make matters worse, the paltry amount set aside for maintenance is largely consumed by the fact that all property bathroom supplies flow through the budget are and reimbursed at 50 percent by the school. But that money doesn’t revert to maintenance—it returns to the general budget, where it gets squandered on the usual tomfoolery. Great deal for the school. Not so great for anyone else.

Meanwhile, the list of deferred maintenance is daunting; the church’s portion is listed below in cases in which cost sharing applies, as indicated by an asterisk:

In other words, at least $157,000 in cash is needed within the next few years, at a time when the church already cannot make ends meet. To do that, while setting aside money for management reserve and other needed funds, will require cutting at least $100,000 a year from the budget.

At this point, the only controllable costs are payroll, so I believe elimination of the associate rector position will be needed, while the director of music position, which not that many years ago was part-time, will need to revert to part-time.

And forget about the endowment any time soon. Income from that is already committed.

As it stands, between the vestry’s dismal financial planning, its unwillingness to look reality in the eye, and the reputational issues coming from Bob Malm’s tenure, I do not see that the church as we know it can — or should — survive.

After that, the only thing that can be done will be to cut some of the part-time positions and transition the parish admin position to part-time. Then 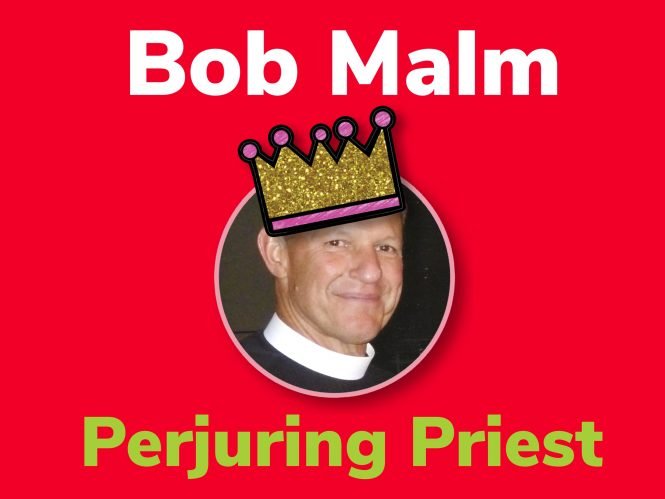 A press release calling for a boycott of the Episcopal dioceses of Virginia and Massachusetts, and the larger Episcopal Church, is going out on Friday. The release calls on members who object to non-sexual abuse to withhold funding and worship elsewhere until the denomination takes responsibility for its conduct.

An advance copy has been sent to the dioceses of Virginia and Massachusetts and Presiding Bishop Michael Curry. 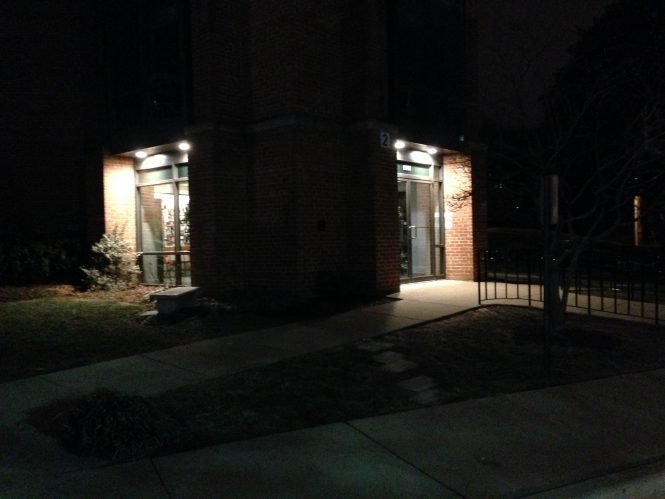 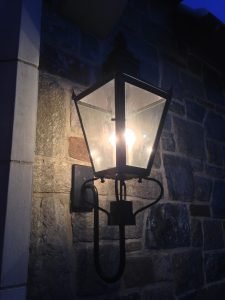 I recently was in Del Ray at night for the first time in a long time and drove by Grace. In a nutshell, it looks like hell and discourages visitors.

Not only are the HID post lamps out near the new narthex, but about half the parking lot HIDs are out. Additionally, the front sign is no longer lit, and the low-voltage lighting for the Russell Road side of the church no longer works. The photoelectric cells remain inoperable on the LED can lights at the lower entrance and the floodlights outside the library, so they are on 24/7, wasting energy. (HID lights were state-of-the-art in 1994, but are now considered hugely energy inefficient. For a total investment of a few thousand dollars, they should all be replaced with LEDs.)

I can even say with near-certainty what is causing the outage of the HID lights near the new narthex. Specifically, it’s the broken LED floodlight on the front sign. When some ding-a-ling ran it over with the lawnmower, that severed the circuit, which includes the HID lights.

The fact that between Sugarland Chiow, Eric Waskowiscz, Alison “Fluffy” Campbell (who is a project manager by profession) and the rest of the junior wardens since 2014 can’t even manage simple tasks like keeping the lights on outside the church suggests that 1) This is a profoundly incompetent church organizationally, 2) This is a church that has no clue about how to market itself to the outside world, 3) This is a church that is planning to die. 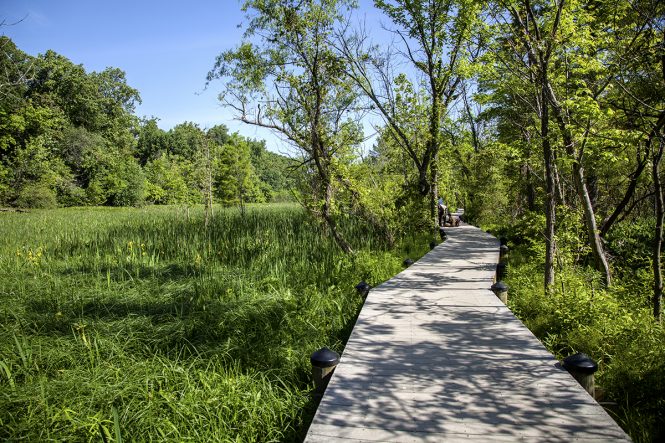 Grace Church’s initiative, “Church in the Wilderness,” is, in many ways, an example of the sort of original thinking that the Episcopal Church desperately needs if it is going to survive. But taken as a whole, it’s a really bad idea.

One issue is that it’s a bad case of message dilution. The pandemic, coupled with bad behavior within Grace Episcopal, the clergy perjury parish, has already led to people questioning the need to be part of a church community. And let’s face it — streaming services may not have the wonderful smell of incense, but neither do you have to deal with the petty antics of the altar guild ladies.  Thus, it’s a bad case of providing one more alternative to traditional church and the community it provides.

Another issue is that it further erodes the connection people have with the church building. Grace church may have a physically lovely building, but it’s a costly one, gobbling down roughly $200,000 a year, just to keep the doors open. Anything that reduces ties and the commitment to the physical plant, absent a clear path forward towards sale or sharing of the space with renters, is a bad idea.

To be clear, I am not backtracking on my position that Grace needs to fish or cut bait on the building. Yes, it’s a lovely space, but we are seeing the commitment to pay for it looking thin, and it’s a huge expense for a fast dwindling parish.

Bottom line, I applaud Anne Turner’s willingness to innovate. But absent consideration of a larger strategy towards church growth and renewal, random innovation is likely to cause more harm than good.