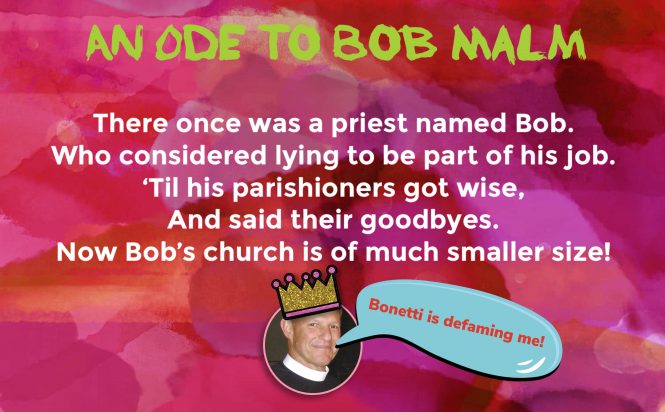 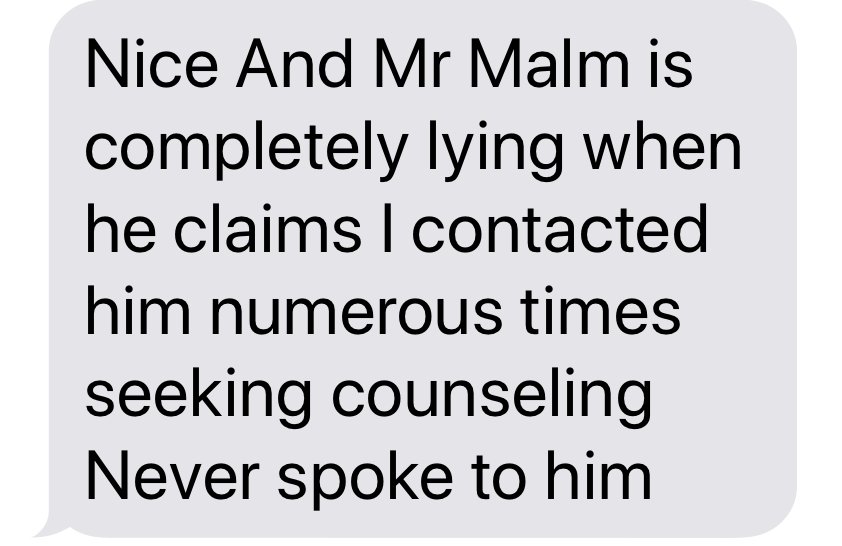 One of Mom’s final text messages, in which she refutes Bob Malm’s lies

Well, it’s now the second Lent of the pandemic. And during this ancient period of introspection and repentance, perjuring priest Bob Malm is in the midst of five separate lawsuits, all part and parcel of his perjury, lies, and smear campaign intended to shut down my criticism of his thoroughly un-Christian conduct. As a result of that conduct — conduct that the parish vestry and the diocese condone — Grace Church has slid into something I predicted back in 2014, which is major financial crisis. That financial crisis increasingly places the very existence of the parish in jeopardy, for the parish now lacks the cash flow to fund essential parts of its ministry, including youth and family ministries.

That begs the question: Will perjuring priest Bob Malm grow a pair and admit to his perjury?  The reality is this: Unless and until he does, Grace church and its members cannot heal and cannot move forward. True repentance requires truth-telling. It cannot occur without it. And Bob’s ongoing claims that he can’t remember, evasive answers, outright lies (like saying he didn’t even know Mom’s name when he used her name in his original discovery responses) and other litigation-related misconduct only underscore that Bob is a Christian in name only.

Moreover, Bob’s lack of integrity is killing a church that he professes to love. As things stand, litigation against perjuring priest Bob Malm and Grace Episcopal likely will continue until at least 2022, and possibly longer if Bob’s lies continue. At its current rate of decline, the church may not survive much beyond that.

Nor should members get their hopes up that somehow people will start flocking to the parish once the pandemic ends, thus allowing Bob Malm’s perjury and misconduct — or their own — to be conveniently swept under the rug. People aren’t stupid and there are more than enough people who have left the parish due to conflict and bad behavior within the church to confirm in one-on-one conversation that Grace has a serious problem on its hands. Indeed, all a prospective member has to do is look at the decline in giving and membership to realize that this is a church that is dying due to its own misconduct.

So, this Lent, let’s see if perjuring priest Bob Malm and Grace Church belly up to the bar and tell the truth. And if they don’t, I’ll get a judge to tell the truth for them, which is that Bob Malm is a perjurer, that Grace Episcopal concealed evidence during discovery and engaged in other misconduct, and more.

Needless to say, it works better if the truth about Grace Church and perjuring priest Bob Malm come directly from those involved, versus a judge or other outside source. But asking Grace Church or Bob Malm to tell the truth is a very tall order indeed.