Here’s a good one: Another Title IV notice of dismissal from the Episcopal Diocese of Virginia.

Where to start?
Screwed up, thy name is Episcopal. 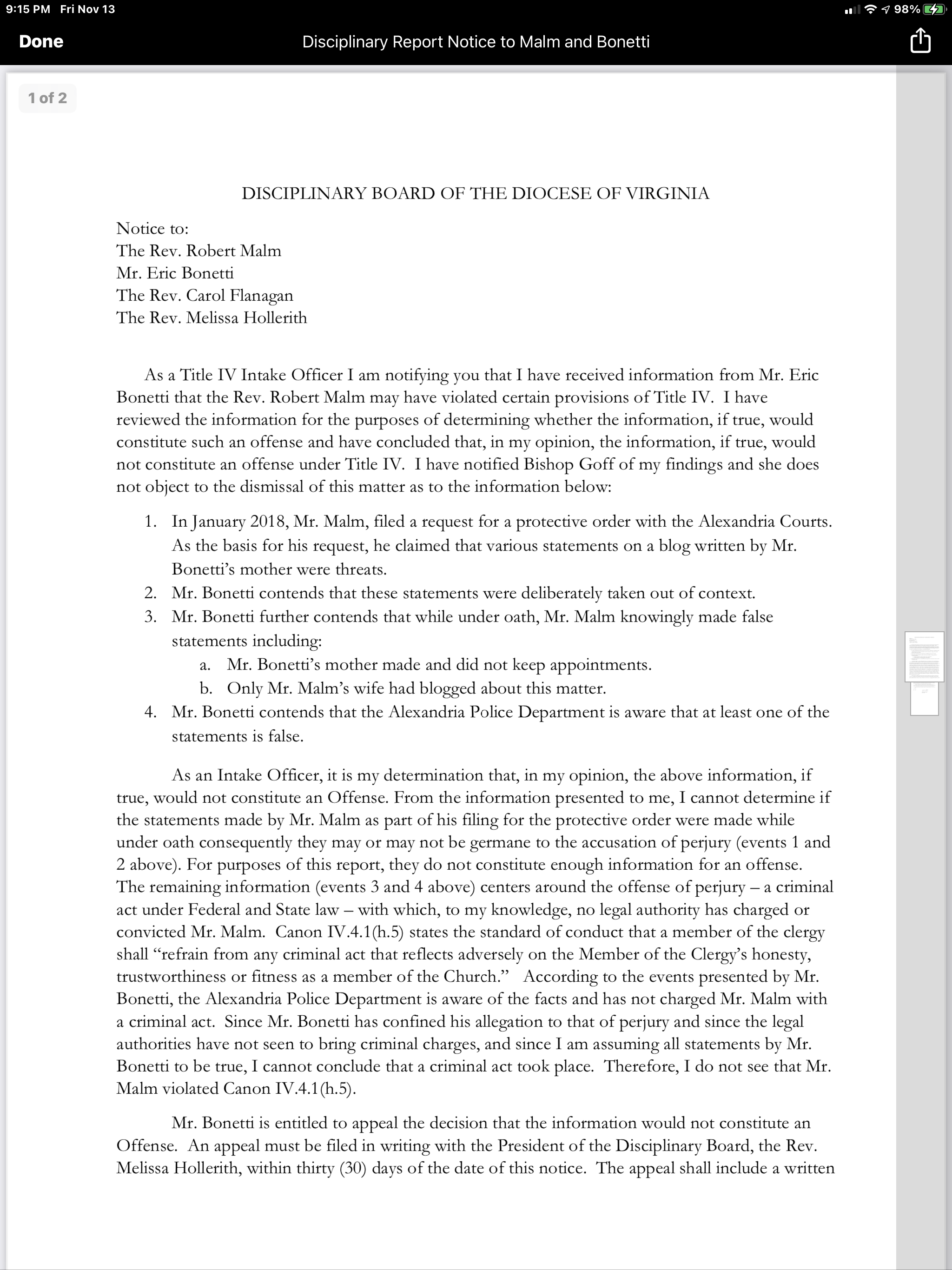 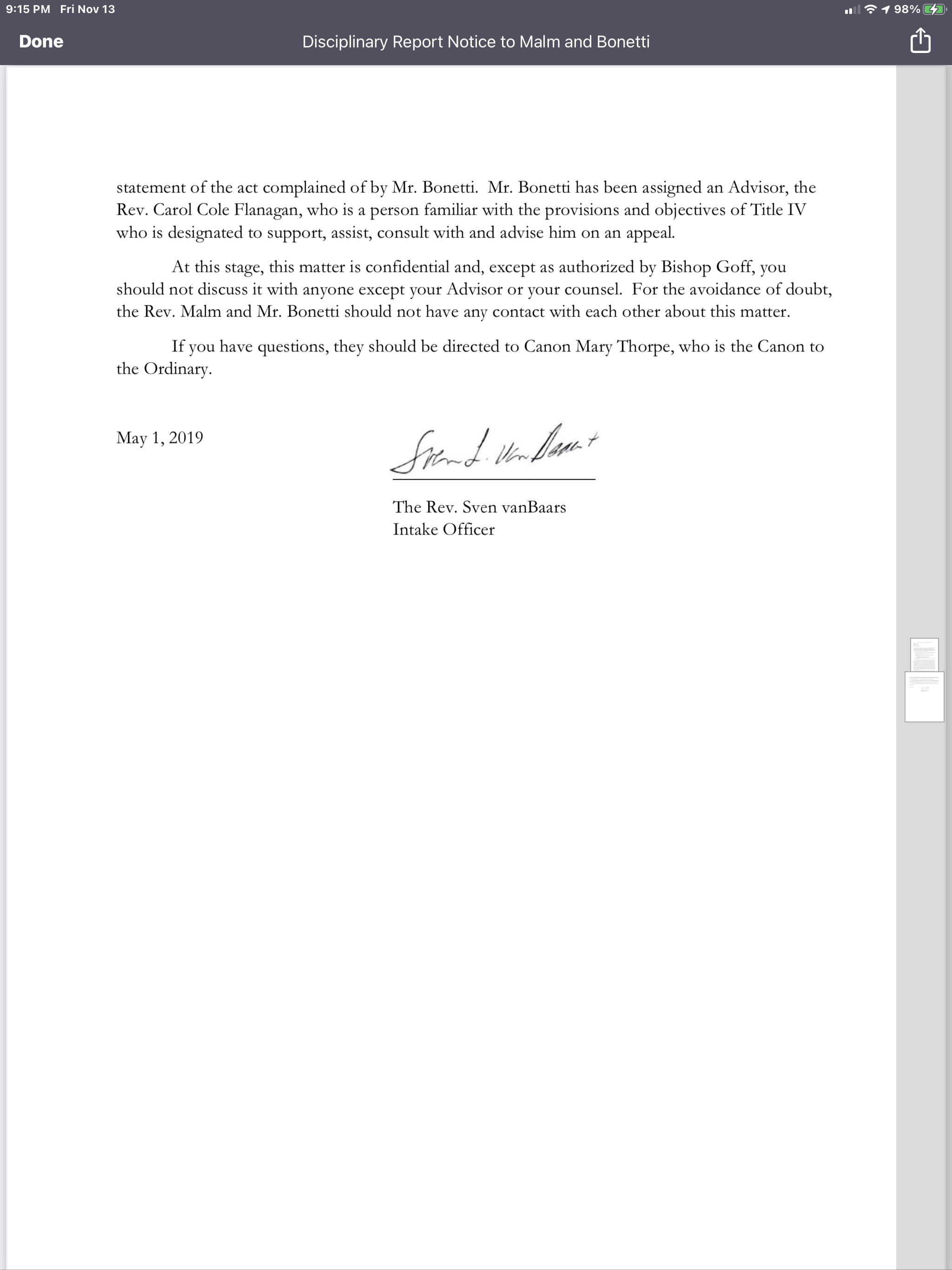