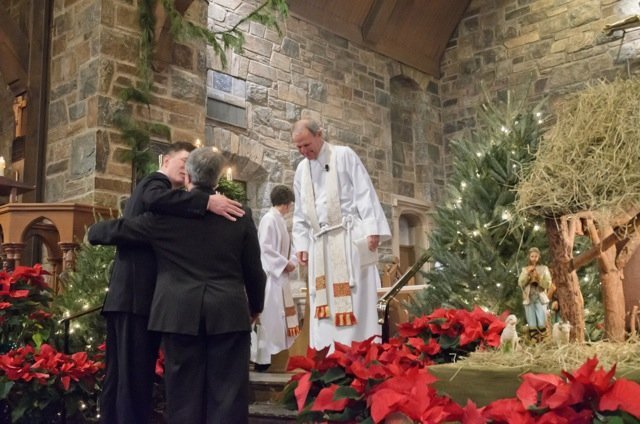 As Anne Turner settles in at Grace Church, it occurred to me that she and others who wish to understand Grace Church — really understand it, versus hearing what folks want them to know — should really pound the streets and hit up myriad data points. In fact, given the precipitous decline in pledging units and participation in recent years, it’s probably time to think outside the box.

As I discussed in a previous post, one of the problems to gaining insight at Grace Church is that it is an echo box. Folks at Grace tell themselves that things are well, great and good. And they hear enough other people say the same thing that they come to believe it.

Need an example? The perfect one is Jason Roberson’s claim that Grace is “growing and flourishing,” which he put in writing in Grace Notes. While there is absolutely noting to suggest that this is the case — not ASA, not budget, not pledging units, not spiritual growth — Jason may have actually believed this.

Even there, Grace faces a challenge, for it was for many years a cult of personality, built around perjuring priest Bob Malm. Now with Bob gone, the linchpin for the whole toxic construct is gone, and there’s nothing to replace it.

To further complicate matters, Grace is a narcissistic organization that believes that it’s special, that it’s warm and welcoming, and more. And it often is superficially friendly. But scratch the surface and you find bullying at the altar guild and choir, superficial friendships, a vestry that does not understand what real leadership is or its own role in the organization, and more. And because it’s a religious social club, versus a church, Grace has a long, hard road ahead of it if it is going to survive.

So, to really understand the place, here’s what I recommend:

Of course, for any of this to work, folks have to know that they will be treated with respect, listened to, and that they won’t face retaliation. That won’t be easy, for Grace is not a place that knows how to deal with criticism.

It might also be interesting to ask the neighbors and school staff how they view the church. I can tell you this: I know of folks in both camps who are not exactly fans. As for the school, it’s not about boundary issues, or sharing the physical plant. Instead, it’s about how parishioners behave.

My hunch is that Grace will be true to form, and try to sweep problems under the rug, while engaging in ad hominem attacks of anyone that members view to be critics. If that happens, Grace will get face more of the same—more conflict, more loss of membership, and more inappropriate behavior by members.

But as Anne and others wade through the various issues confronting the church, I offer one data point that is affords profound insight into the dynamics of Grace Church: In the more than five years since my conflict first arose with perjuring priest Bob Malm, and all the subpoenaed emails later, there is one thing that I have never yet seen.

The one thing I have never yet seen in any email or correspondence from anyone at Grace Church is any concern for how Mike, my Mom, or me is doing. Even when Mom was dying, not a single person ever expressed concern.

That speaks volumes about the dynamics of Grace Church, and it is small wonder that both Mike and my Mom ultimately resoundingly rejected Christianity.