With Grace Episcopal, the clergy perjury parish, now a week away from its annual meeting, it is time for my annual mythbusters post. My goal is to address some of the fallacies that have arisen over the years about the parish. So, here we go.

1. Grace is prudent with its money

Not at all. As I have posted previously, the ill-advised decision to tear down the rectory and increase Bob Malm’s pay cost the church more than $2 million over time. That’s not to say that perjuring priest Bob Malm had to live in the vestry; merely that it was stupid to demolish the asset. Moreover, increasing Malm’s pay without establishing any accountability was moronic.

Meanwhile, Grace has been underfunding the physical plant for years, relying instead on volunteer work from volunteers, many of whom have at best a limited understanding of facilities management. The result is that repairs, when they do happen, often cost many times what preventive maintenance would have cost.

Additionally, for many years office staff did little, maintaining inaccurate financial records, failing to adhere to even minimal standards for recordkeeping, and more.

Moreover, some expenditures are downright shocking, including drawing $3,000 from savings to pay for a farewell party for Chris Byrnes, and a $100,000 bonus in 2014 to perjuring priest Bob Malm. Using church resources for purposes such as this is inappropriate and unethical, particularly in light of massive looming expenditures, including the replacement of the HVAC system in Merrow Hall.

In short, even by the dismal standards of most churches. Grace has been wasteful and inefficient.

2. Grace has an annual audit

It has an agreed-upon procedures, which has no attestation value whatsoever. In other words, it does not detect mismanagement, assess internal controls, or fulfill any functions associated with an audit. Moreover, even this has not been completed timely due to the shoddy nature of Grace’s financials.

Even worse, the vestry does not see the engagement letter, nor the report. This is an egregious violation of the fiduciary standard of care the law imposes upon vestry members.

Not only does written Grace policy require that vestry members see this, but as fiduciaries, vestry members are obligated to review this information. Failing to do so could leave vestry members personally liable in the event of fraud or other loss.

Nor is this an inconsequential issue. By failing to appropriately engage with the school, more than 2/3 of the church’s income and expenditures are placed outside vestry scrutiny.

4. The school is independent

The school is not a separate legal entity.

A successful lawsuit against the school could, for example, expose the church to liability. Similarly, a bad financial decision by the school, like getting involved in a derivative, could bankrupt the church. Nor is this an outlandish possibility — a major nonprofit here in NVA collapsed a few years ago after the CEO got the organization into a derivative without board approval.

4. The vestry fulfills its obligations to the church

In many cases, vestry members have not fulfilled their legal obligations. This includes failing to place the organization’s best interests ahead of personal interests (including petty vendettas). Legally speaking, this is a breach of the duty of loyalty that the law establishes for all vestry members.

Further, the vestry has frequently ignored its obligation to make business decisions for the church. For example, the decision to go to court based on perjuring priest Bob Malm’s claims of “domestic terrorism,” has caused lasting harm to the reputation of the church. Yet the vestry has consistently been afraid to ask tough questions, to make decisions, or to supervise the rector.

The ultimate example of the vestry’s dysfunction is perjuring priest Bob Malm’s selection of the executive committee. This violates church canons and is an example of improper interference with the vestry by a parish employee.

It’s also worth noting that more than one vestry was not even legally authorized. Per church canons, all vestry members must take an oath prior to serving. Yet perjuring priest Bob Malm ignored this requirement for a number of years, thus exposing the church to legal risk.

5.  Grace is inclusive and welcoming

Not so much. While many Episcopal churches have transgender members, crossdressers and others, Grace has never had any such members. Nor do Hispanic or African-American members come anywhere close to reflecting the diversity of the surrounding community—and Grace makes no effort to bring these communities into the life of the parish. And it’s not fair for the church to say that it is“welcoming” when Alexandria is full of people who are not members, and the church ignores them. Saying someone will be welcome if they show up is not the same as actually inviting them to show up. Or making it possible for people to show up — like having a church van. And believe it or not, many in the area do not have cars.

6. Grace has been “holding its own” in terms of budget and membership

Not at all. While Alexandria has grown tremendously over the past thirty years, Grace has been losing membership. Additionally, inflation has steadily eroded the church’s buying power, even in years when it is had on otherwise steady budget.

7. Church membership across the board has been declining for the past 100 years

Contrary to Eric Coulson’s statement as a vestry candidate, membership in the Episcopal Church grew in the early part of the 20th century, reaching a peak of 3.6 million in the 1960s. Moreover, mainline church membership across denominations held relatively steady as a percentage of population through the 1990’s. Beginning in 2000, membership in churches overall began dropping steadily, decreasing by 20 percent overall. The bulk of that decline has been in the last ten years.

As for Grace, the clergy perjury parish, things held relatively steady until an outburst of conflict in 2014, precipitated by Alison Campbell, members of the altar guild, and choir members. Bob Malm’s conflict with me resulted in additional decline, which accelerated with Bob’s decision to go to court and to commit perjury.

All data, including the average age within the parish and the fact that several families give a large percentage of the church’s income, indicate further declines in the parish in coming years. 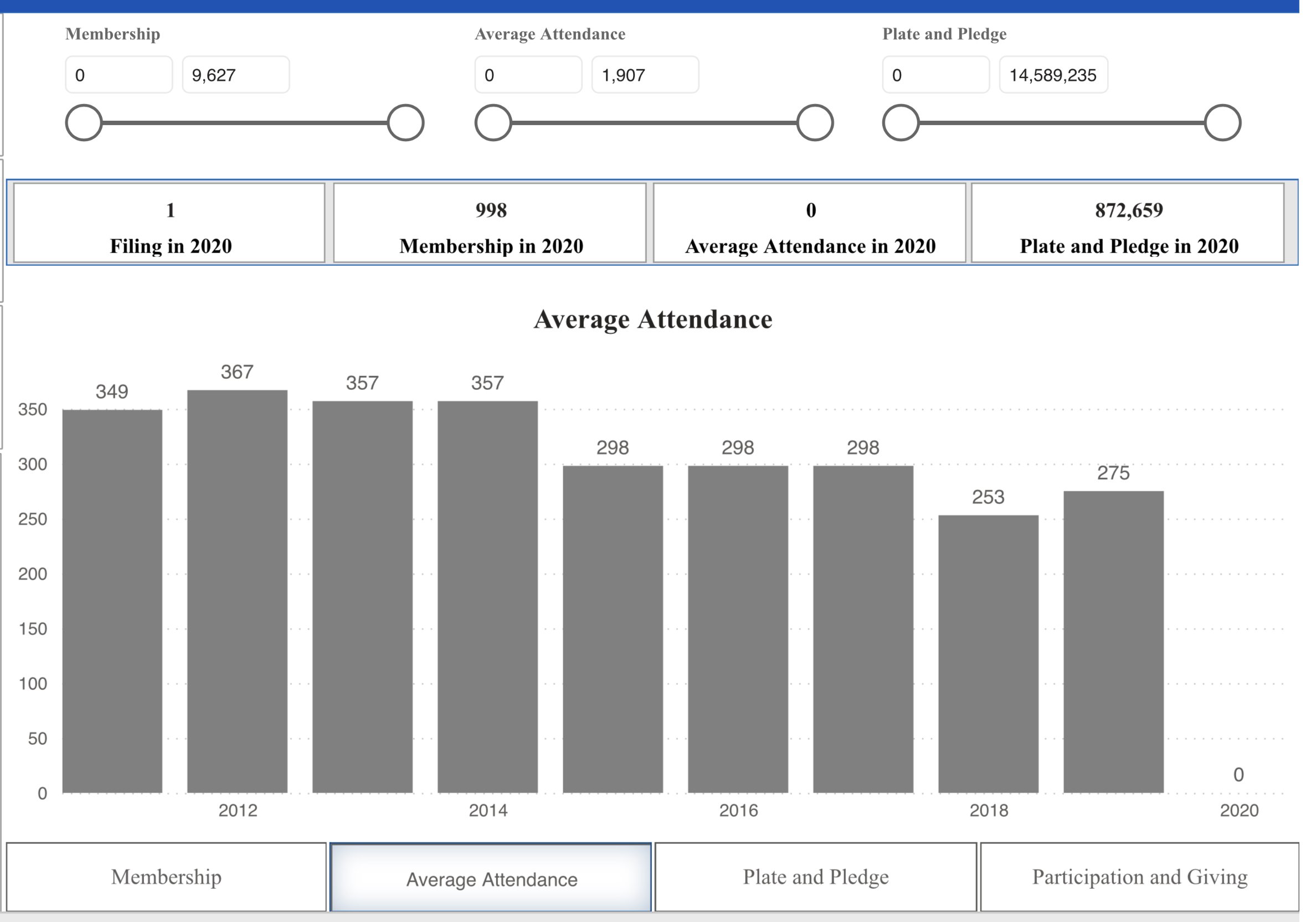 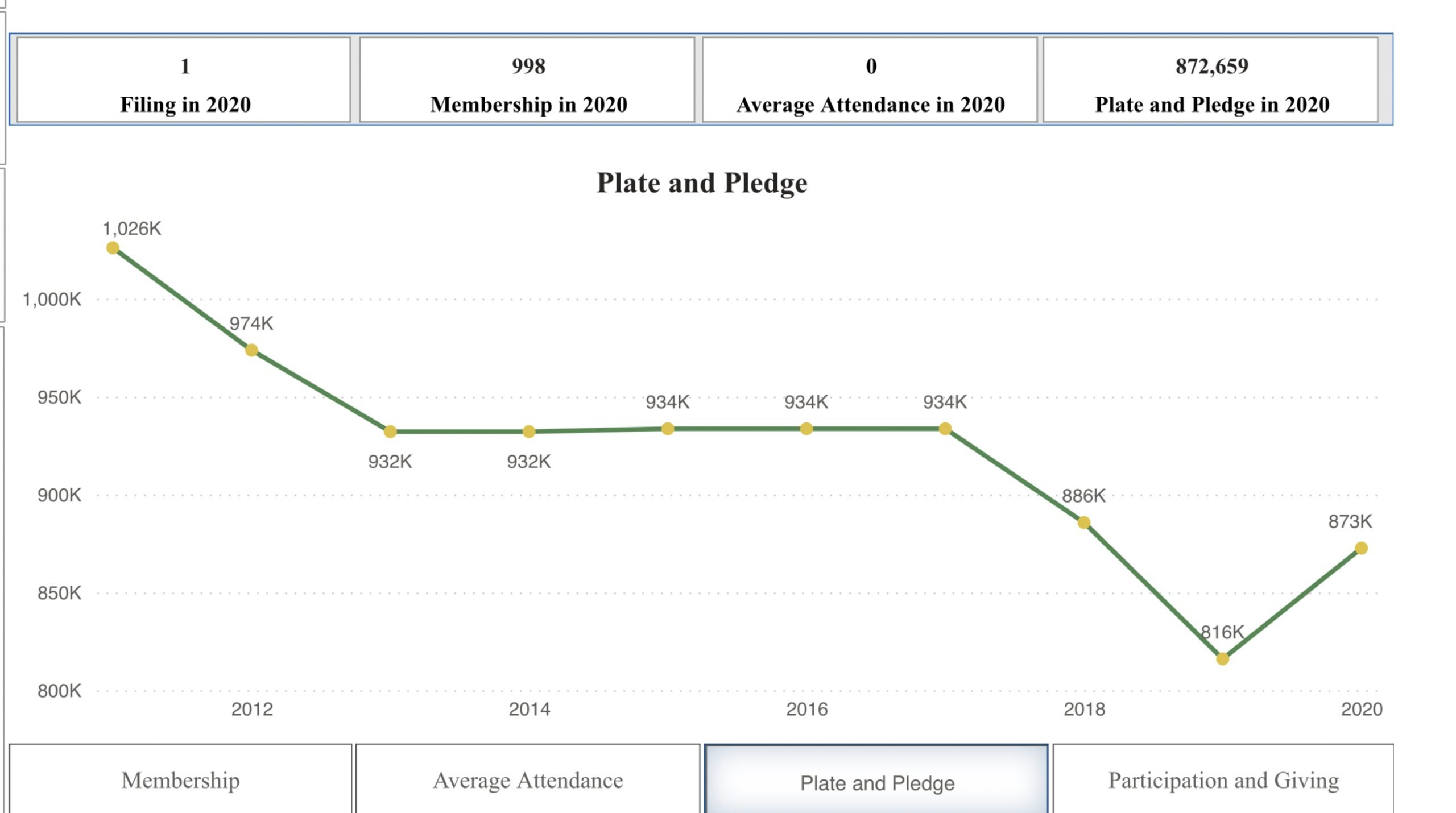 8. Grace will sort through its issues

Highly unlikely. One of the great truths of change management, and life in a faith community, is that conflict ignored is conflict multiplied. Perjuring priest Bob Malm spent 30 years not just ignoring conflict, but often creating it. Thus, the church has learned to treat conflict as normative, and to ignore conflict.

On top of that, the church has rejected an offer on my part to go to mediation over our dispute. Thus, it has locked in the conflict, and there will be no further opportunity to resolve things. As a result, it will remain mired in conflict.

Additionally, Grace has no meaningful outreach program (no, Art on the Avenue and some banners on the lawn are not going to cut it.) And it has no strategic plan, despite numerous requests that it develop one.

As the old saying goes, “If you don’t know where you’re headed, you’ll surely get there.”

9. Grace is a Spirit-filled church

Much like perjuring priest Bob Malm, Grace is ostensibly friendly and welcoming. But friendly is not the same as faithful. We have only to look at the test articulated by Jesus, “By their fruits you shall know them,” to get a handle on Grace. Perjury, trying to drag a dying woman into court, bullying, lying, shunning, urging people to commit suicide, and more. Those are the fruits of Grace Church’s so-called faith.

Bob indeed has retired, but Grace still fully supports his perjury and other misconduct. Indeed, it has named part of the church after him. That contrasts with the Catholic church, which at least has the decency to take the names of abusive clergy off its buildings. Meanwhile, Sugarland Chiow and other dirtbags remain involved in the church.

11. Your complaints have been investigated.

They have not been investigated.

Having Caroline Parkinson — not exactly a role model when it comes to integrity — call Bob Malm and Leslie Steffensen and ask them if Bob did anything wrong, is a little like asking the fox if it’s been in the hen house. And Leslie Steffensen is a sneaky, malicious, manipulative, two-faced POS if there ever was one—just check out her effort to sandbag my employment here.

12. Giving is confidential at Grace

In practice, no. Lisa Medley, posting under the handle “Long-time Parishioner” shared details of specific donations made through the church. This was inappropriate and a violation of Lisa’s fiduciary obligations to the church. Additionally, this sort of behavior is a profound disincentive to others who might give to the church. It is telling that Lisa would not even see an issue with her conduct — and now is involved with the personnel committee.