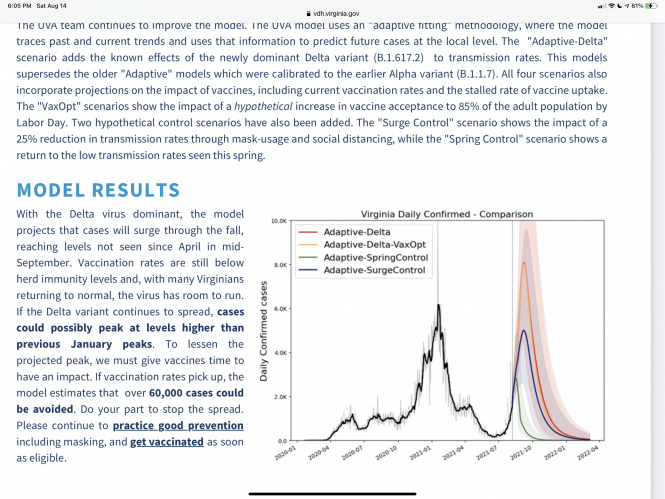 The Virginia Department of Health, working in conjunction with experts at UVA, have released updated models that examine the effect of the Delta variant. The news is grim.

In a nutshell, the only scenario in which we don’t face disaster is one involving consistent wearing of masks and social distancing. But even with a hypothetical uptick in vaccinations to 85 percent, it is now too late to flatten the curve coming into September.

Despite these forecasts, the imbecilic leadership of Grace Episcopal Alexandria and the diocese are moving forward with Shrine Mont and indoor activities.

This course of action is both profoundly stupid and unethical.