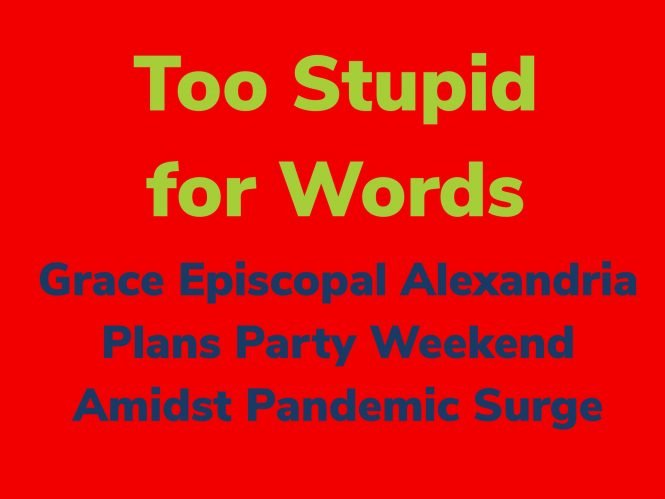 Grace Episcopal Alexandria continues down a remarkably stupid path, planning a party at Shrine Mont the weekend after Labor Day, even as the pandemic surges through the city of Alexandria. The move is reckless at a time when less than half the city’s population has been vaccinated and the city is on the verge of tipping into the category of a high transmission area.

For the seven-day period ending August 11, cases increased by 19.64 percent. 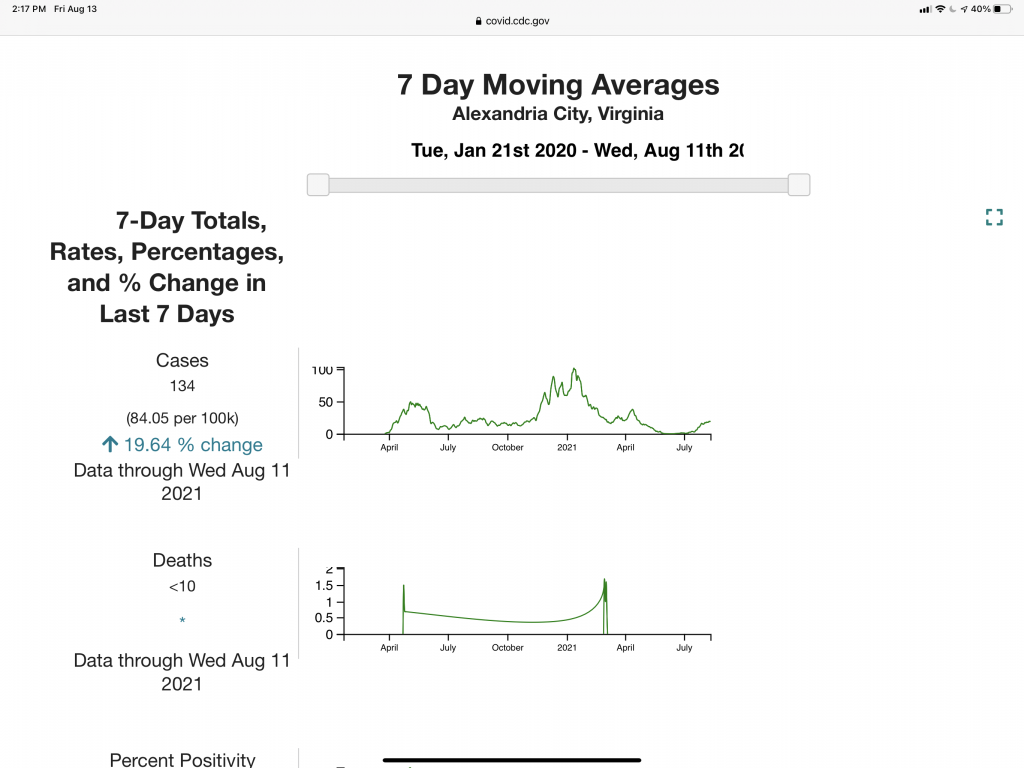 Hospitalizations shot up by 300 percent during the same period. 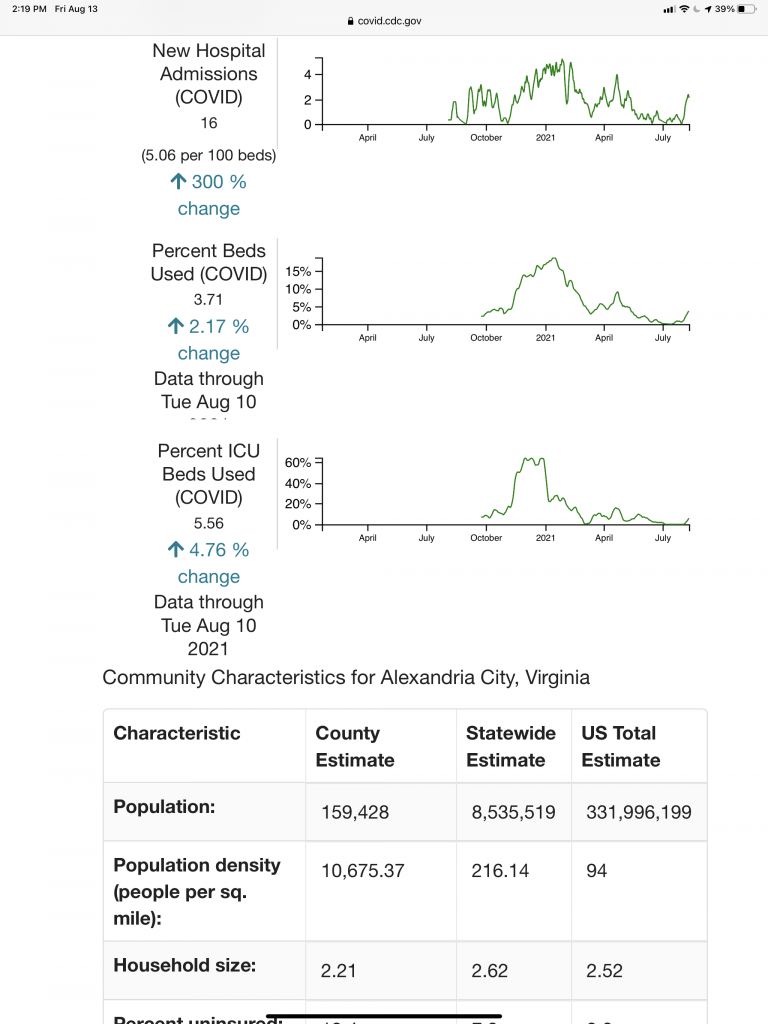 Add into the mix the fact that school will have just resumed at a time when most children still cannot be vaccinated, stir in the average age of parishioners, sprinkle with the fact you cannot swill alcohol with a mask on, and this is a self-centered, organizationally narcissistic decision that may well lead to further death and suffering.

Making matters worse is the fact that the numbers make clear that the area will have tipped into the “high transmission” category by the time Shrine Mont rolls around, absent some unforeseen change. Indeed, an examination of trend lines makes clear that we are now in a pattern identical to the big surge last December and January. The latter was the deadliest month in the pandemic. 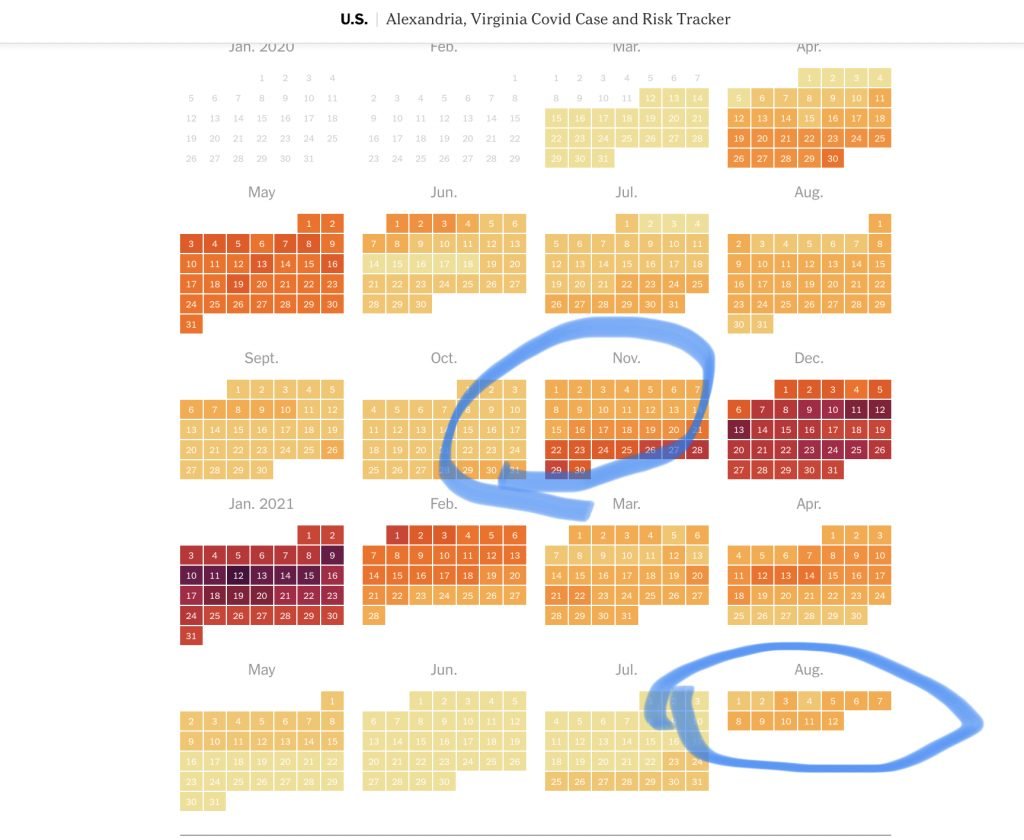 In summary, the decision to go forward with Shrine Mont is too stupid for words. It’s also an egregious violation of the baptismal covenant.