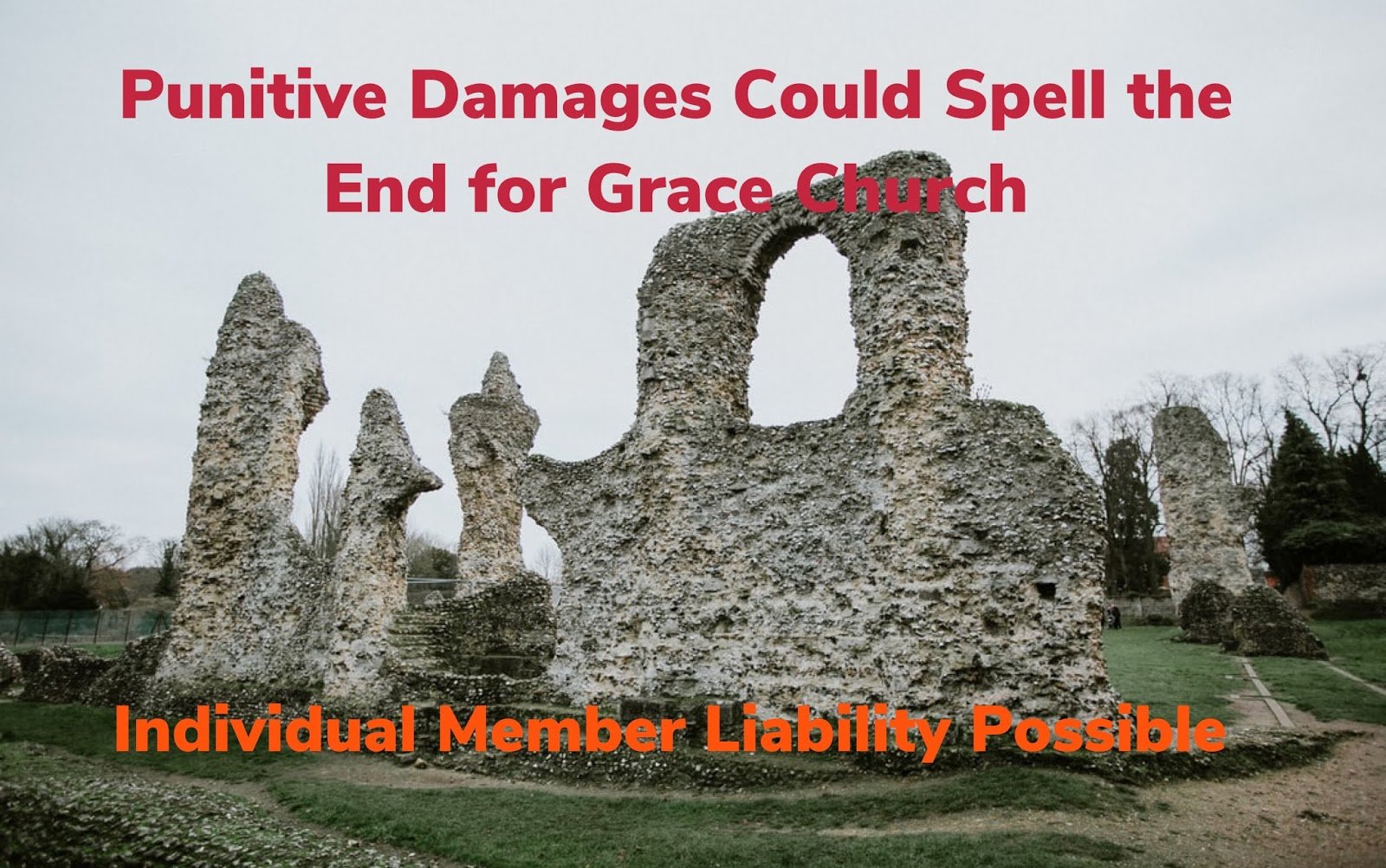 Someone recently asked me if church assets are at risk, or if perjuring priest Bob Malm’s assets could be in jeopardy as a result of the current litigation. The answer is an unequivocal yes on both counts.

The church’s insurance, like most, covers only normal damages, as in reimbursing a successful plaintiff for her losses. It expressly does not cover punitive damages, which are being sought in every one of the lawsuits now under way.

To be sure, Virginia caps punitives at $350,000. But that is not the case in Pennsylvania, nor in Massachusetts. And with multiple claims pending, a successful outcome could result in hundreds of thousands of dollars in punitives, either against perjuring priest Bob Malm, against Grace Church, or the Episcopal Diocese of Virginia. And now, with St. Gabriel’s in Marion Mass. and the Episcopal Diocese of Massachusetts added to the mix, they could lose assets as well. Additionally, because the church is not incorporated, individual member assets could be at risk as well.

Nor is the Grace trust exempt. With the assets titled in the name of the church, there is no firewall to prevent a successful plaintiff from seizing assets. Same for assets perjuring priest Bob Malm inherited from his mother.

Speaking of, I made sure years ago that I am judgment proof. All my assets are held either in an irrevocable trust or by other individuals — a deliberate move on my part. 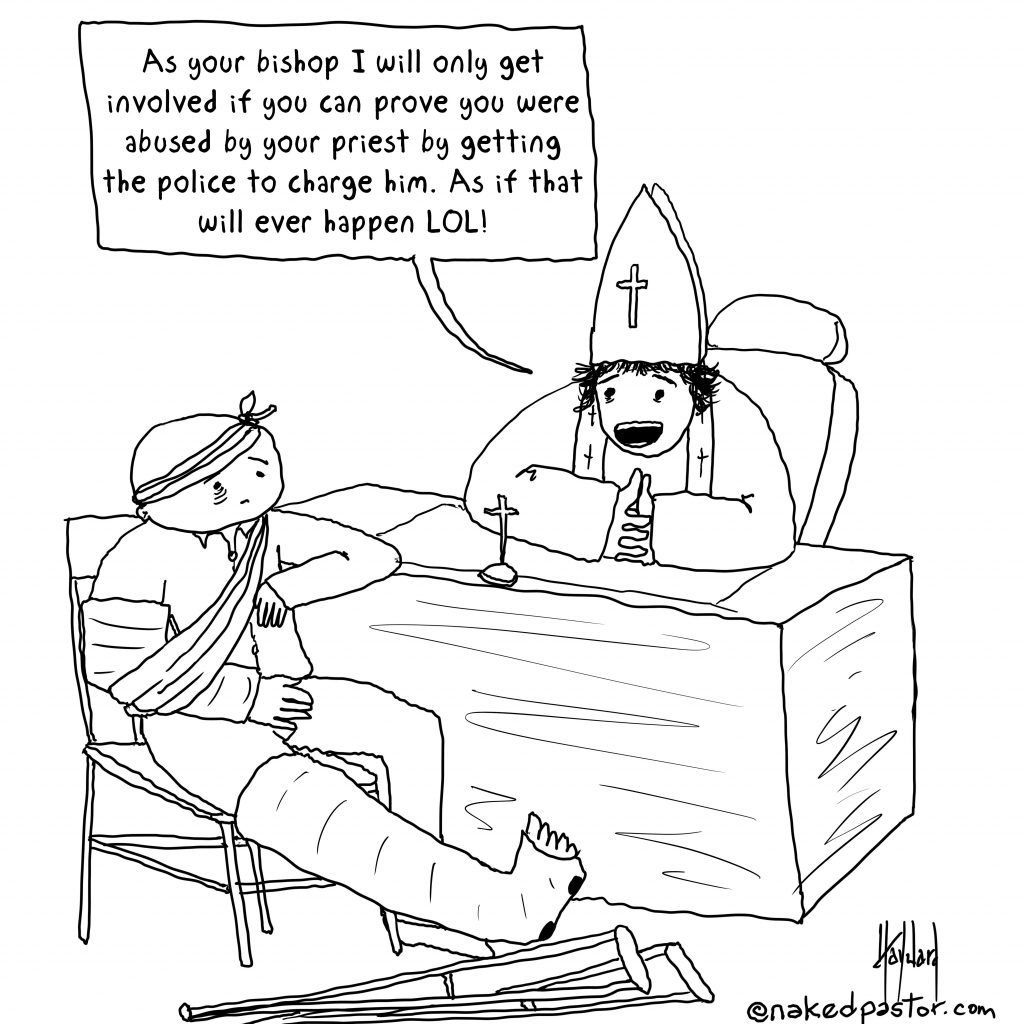