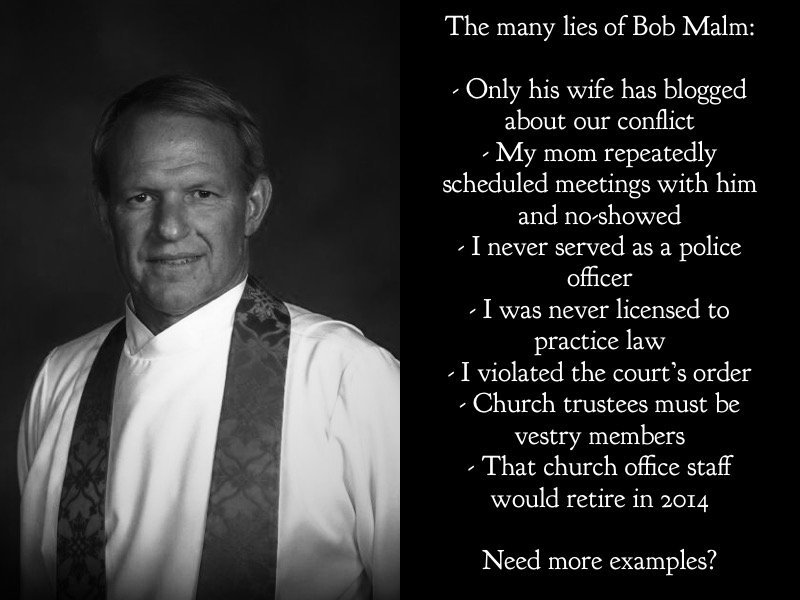 In a series of pleadings filed in the Federal District Court for the Eastern District of Virginia, perjuring priest Bob Malm, Grace Episcopal, and the Episcopal Diocese of Virginia deny that Bob Malm is a perjurer, or that they acted under color of state law. That’s pretty rich, as it is both facially obvious that Bob Malm is a perjurer, and it is well-settled that private citizens may be liable under section 1983 of the federal civil rights statutes for deprivation of constitutional rights when acting in collusion with government officials. See, e.g.; United States v. Price, 383 U.S. 787 (1966).

Here are the salient pleadings from Grace Episcopal, the clergy perjury parish, and perjuring priest Bob Malm. They also cover Susan Goff and the fake Christians down at Mayo House.