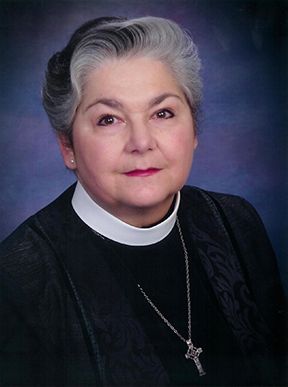 The Rev. Dr. Mary Thorpe, canon to the ordinary for DioVA, recently retired. The news comes as staffing levels at Mayo House continue their decline, even as the diocese remains mired in conflict and dysfunction.

The news is sad for the diocese, in the sense that Thorpe was sometimes willing to communicate over issues. And while she was rather clueless, including her notion that somehow the diocese could direct me to remain silent about its abusive conduct, she was an improvement over most diocesan staff, including Susan Goff.

Meanwhile, the largest domestic diocese struggles along with a smattering of assisting bishops, visiting bishops, etc., even as it operates under a stop-gap budget and on the heels of the debacle of its efforts to call a new bishop following Shannon Johnston’s departure. That right there should tell folks something—the fact that the largest domestic diocese in TEC got no takers for the position of bishop, even as an interim, is profoundly damning. And while the standing committee attributed the issue to the fact that it was a three-year interim gig, there are plenty of bishops floating around loose in TEC. Let’s face it—the real issue is folks didn’t want to deal with the toxic mess Shannon Johnston has left behind, including accelerating declines in attendance, participation and budget.

Nor are we seeing progress under Susan Goff. While that may be in part due to the pandemic and Goff’s recent bout of cancer, even the 2015 Racial Reconciliation effort has gone nowhere. Yes, the diocese is recruiting folks for next steps, but at the current pace of decline, the diocese will be gone long before the effort gets off the ground.

And of course, we still have a diocese so utterly dysfunctional that it says in writing that clergy perjury is okay absent criminal charges. That bodes ill for the diocese, for that sort of antic may have worked in the 1950s, but it is profoundly offputting to young people who want authenticity. And the fact that Sven vanBaar, the ding-a-ling behind that decision, is both a delegate to general convention and in charge of efforts to stabilize diocesan revenue, suggests that things will get worse, not better.

I wish Mary well — fair winds and following seas — as she transitions to her next great adventure.