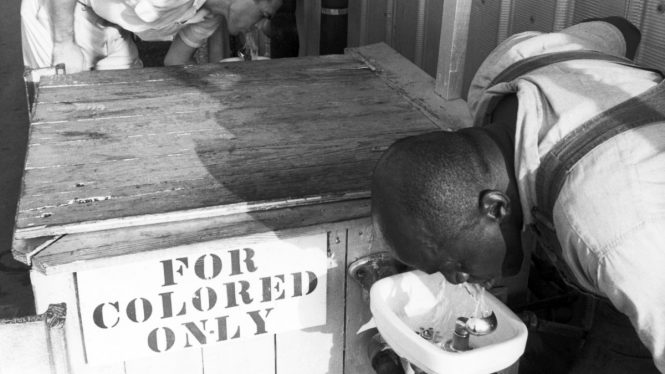 The Episcopal Church, which has said it is working to effect racial reconciliation, just provided a shocking and outrageous example of just how clueless it is.

Here is the link.

In a letter from the bishops of the Sewanee province condemning recurring incidents of racism at Sewanee, an Episcopal college in the south, the bishops stated emphatically that the oppose racism. So far, so good.

But the closing sentence is one that will make many African-Americans and others concerned about racism cringe:

We trust the Vice Chancellor and the University Regents will together address these hateful acts with all deliberate speed.

Why is that so offensive?

It’s because these are the weasel words from the Supreme Court’s 1955 decision in Brown v. Board of Education II, which followed a previous case that held separate but equal inherently unequal. Thus, it was this very language, calculatedly elusive, that led to the massive resistance campaigns in the south, Freedom Summer, the so-called “private schools” of the Deep South, and years of defiance, before the Court again waded in the mess in 1978. As one author put it, this language was “a palliative to those opposed to Brown’s directive.”

Was the slap at African-Americans intentional? I think not. But the fact that the church is so clueless as to invoke a dog whistle from the segregation years is shocking and appalling, and shows that the church doesn’t even know what questions to ask.

Moreover, most of these dioceses have chancellors, as well as lawyers who are members. The fact that no one appears to have waded in and said, “What the hell?,” is alarming and appalling. Could the Episcopal Church get any more clueless?

I think my head is about to explode.