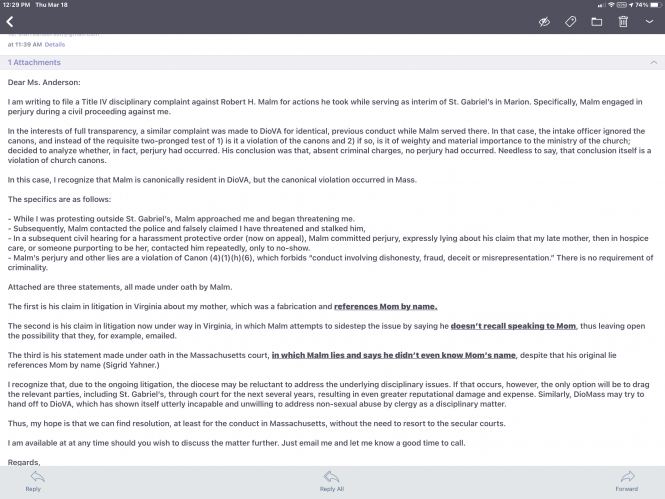 Am I sanguine that the diocese will take the matter seriously? Not at all.

Thus far, the Episcopal Church has shown that it has zero integrity and accountability. Indeed, the denomination is replete with dingbats like Sven vanBaar, with his whole notion that perjury doesn’t count if criminal charges aren’t filed. That said, a successful disciplinary complaint would save both sides another two or more years in court, as well as finally showing some glimmer of integrity for the denomination. On the other hand, the church’s clinging to perjuring priest Bob Malm and his lies, even as I press for criminal charges, can only cause the church further reputational damage. And it would prove my point thus far in the litigation, which is that the Episcopal Church actively collaborates with Bob Malm in his perjury.