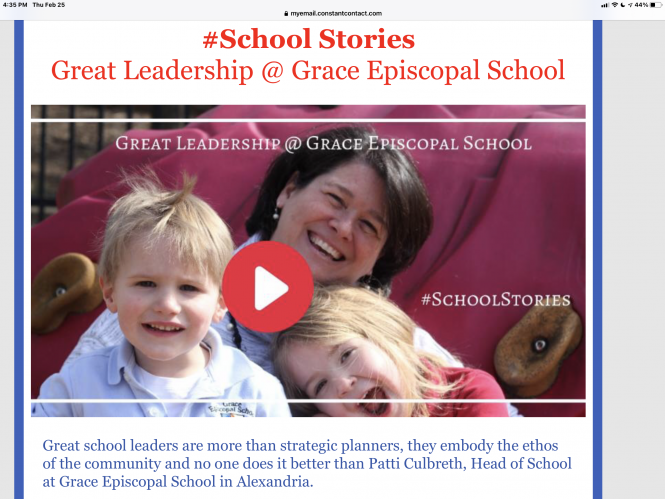 In a recent bit of agitprop on behalf of Grace Episcopal School, there was a very true statement, which is that “school leader embody the ethos of the community.” And that is nowhere more true than in the case of Patti Culbreth, who appears unable or unwilling to persuade parents at the school to stop engaging in threatening and harassing behavior.

Earlier today, I was out protesting in front of the school. That’s been a tricky proposition in the past, with various parents threatening me, cursing me out, and making obscene gestures. As a result, some months ago I sent Patti an email demanding that the harassment and threats stop.

Well, true to form, a parent in a while pickup truck, traveling east on Russell Road, deliberately swerved at me prior to turning into the parking lot. Moments later, he began threatening me and engaging in menacing behavior.

Nor was that the only incident.

So, one more warning to the school via Patti Culbreth, which I copied to defense counsel, the insurance adjuster, Anne Turner and the Grace church vestry. After that, I go for an injunction and other legal remedies. And tomorrow I will be filing appropriate police reports. 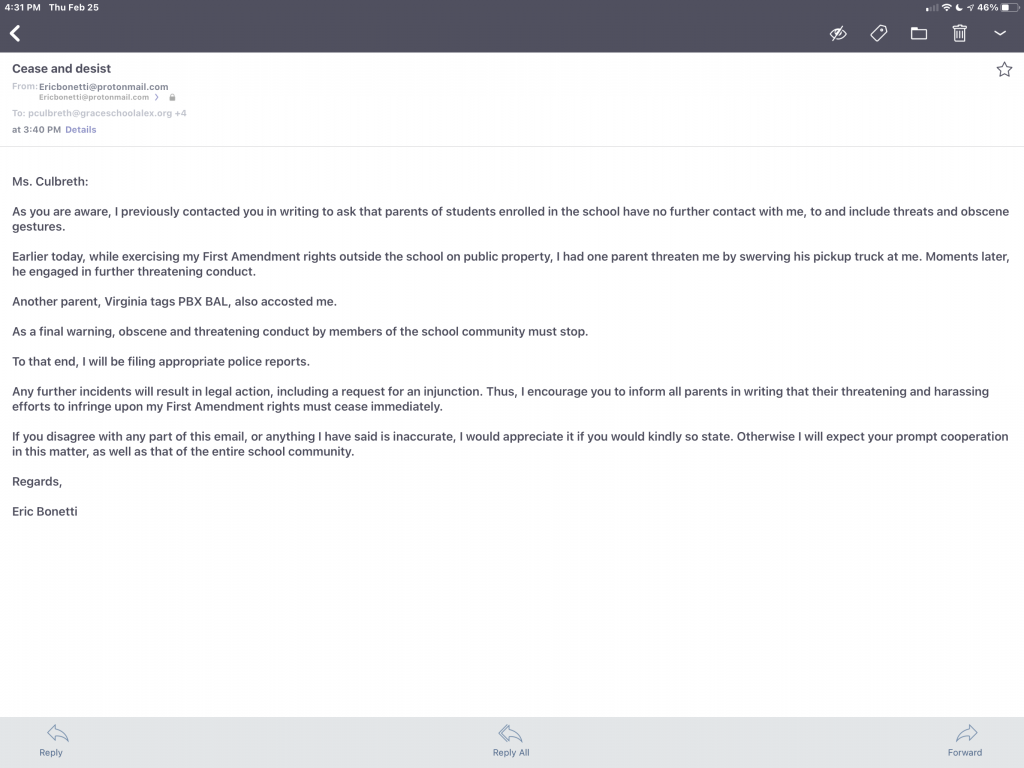