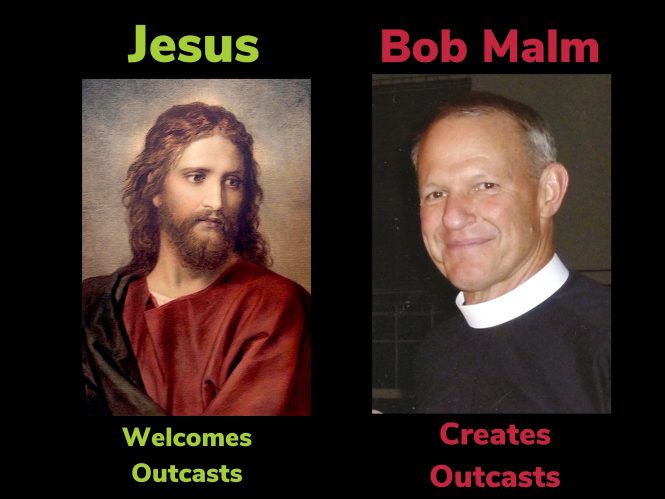 With today’s filing in federal district court against perjuring priest Bob Malm, Grace Episcopal Alexandria, the diocese and the City of Alexandria, there’s an interesting issue at hand.

Specifically, perjury in Virginia is a felony. That also means there’s no statute of limitations, so perjuring priest Bob Malm can play games in court for the rest of his life, and I can still ask that he be charged with a felony.

That leaves Grace in a really ugly place. Folks at Grace are all ga-ga over perjuring priest Bob Malm, even to the point of naming part of the building after him. So the parish is wedded to its weird, toxic relationship with Bob, and I doubt that it is willing to abandon that.

That’s not to say that I don’t feel bad for those who faithfully support the parish. But few of any of those people have the courage to call a spade a spade and admit that Bob Malm is a perjurer, even as the church talks about peacemaking and reconciliation. So my belief is that the parish is a few years away from closing its doors.

Truly, an ignominious end to a parish that predates the civil war. But with no moral or religious guidestar in place, but instead a blind faith in a perjurer, the parish has no hope.