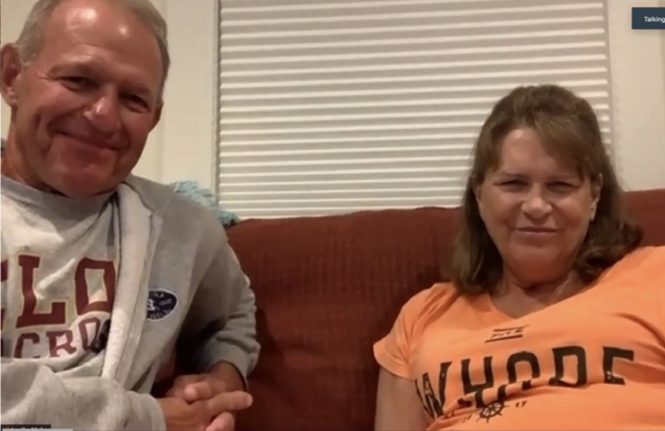 UPDATE: February  2021. Perjuring priest Bob Malm now claims, in sworn courtroom testimony, that his discovery responses are “some form prepared by my attorney.” Leaving aside the fact that the content and diction is unmistakably Bob’s, three things:

Below is Bob’s written statement, made under oath during the discovery phase of our litigation, in which he committed perjury. Mom has NEVER made an appointment with him—of that I am certain. If nothing else, she loathes him. Why would she even want to meet with him? Nor has anyone made an appointment on her behalf or claiming to be her. Period.

Nor is Bob’s perjury inconsequential. Instead, it goes to the very heart of his lies about how he’s been threatened, as he cites this as part of the basis for his conclusion that Mom’s blog actually is mine. So Bob is either guilty of perjury, or he is innocent of perjury by virtue of the fact that he is so mentally ill that he cannot differentiate between truth and his lies.

And here is where Bob swore that this statement was the truth; he took his oath before Jane Rosman on April 5, 2018. Jeff Chiow’s signature follows. 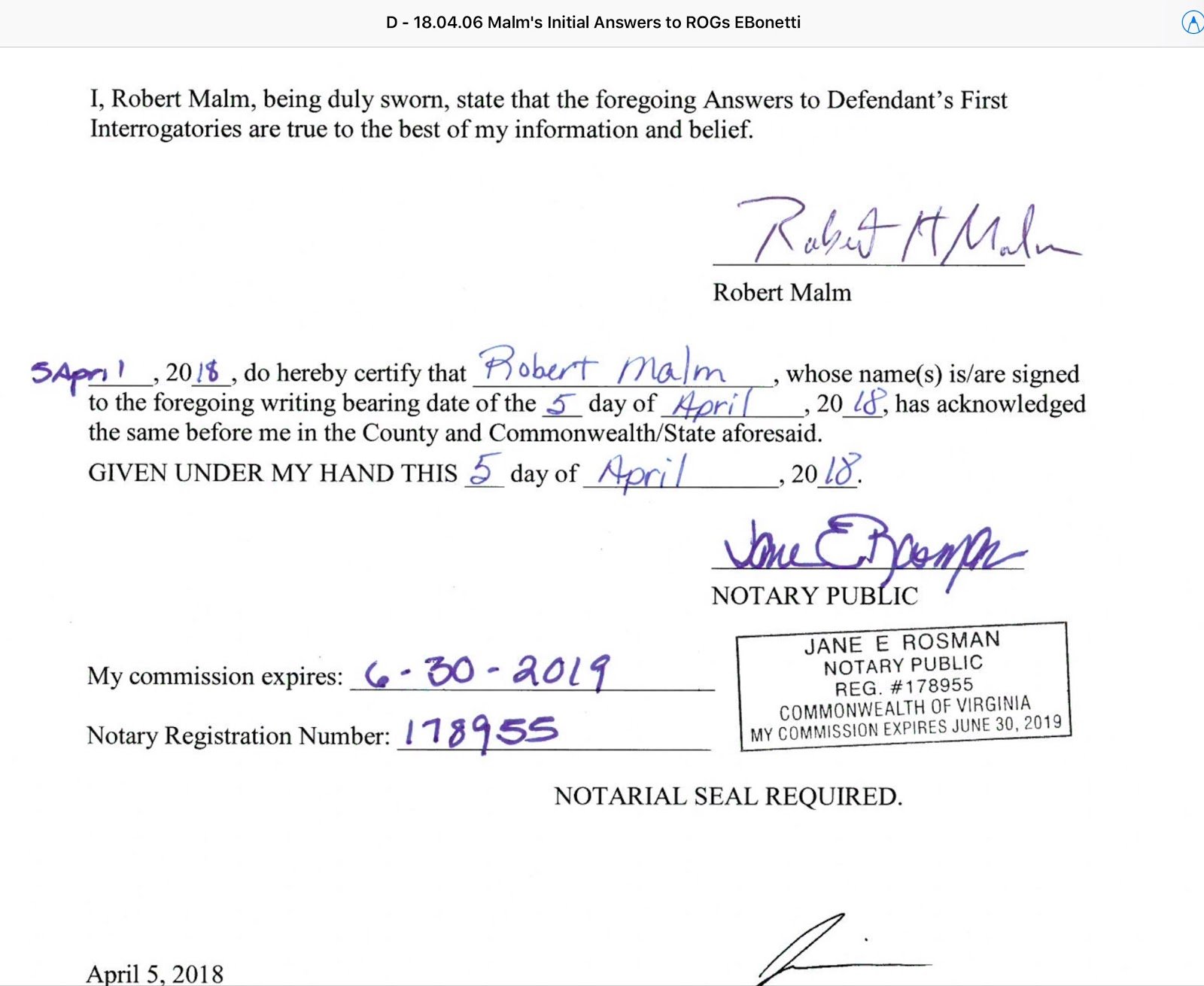 Now, let’s take a look at perjuring priest Bob Malm’s statement in the current Virginia litigation. Under oath, he states: 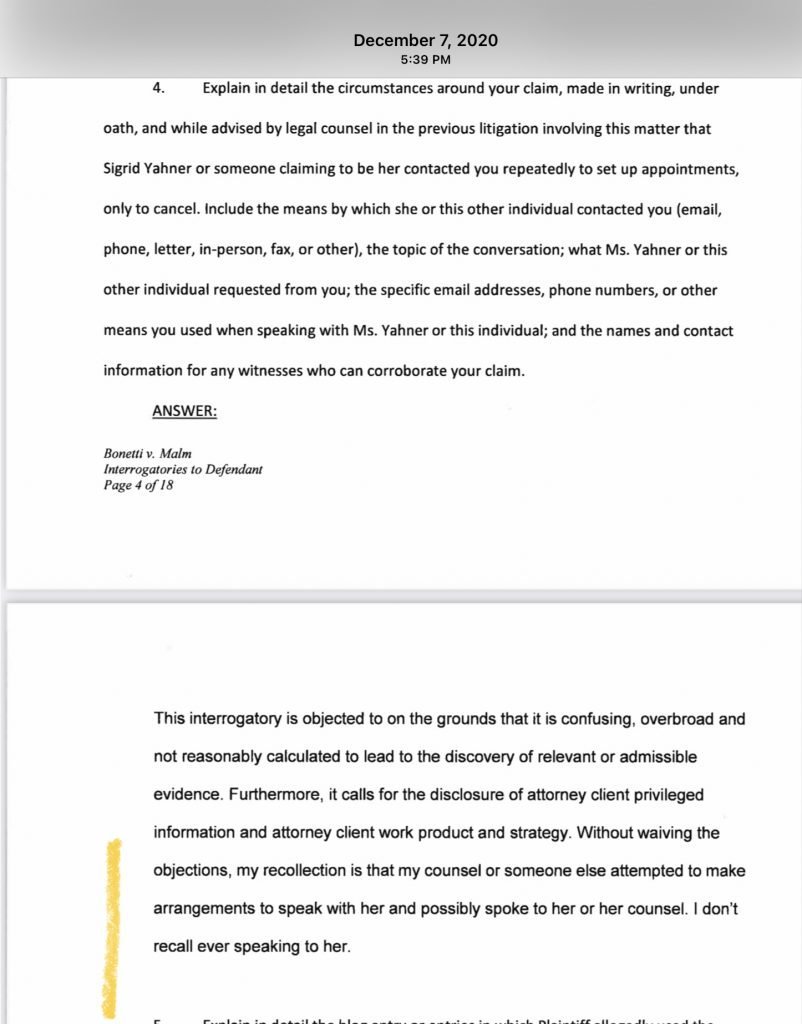 So, we’ve gone front “time after time” to “don’t recall speaking to her,” an effort by Bob Malm to walk back his previous perjury, even as he tries to hedge his bets by claiming he doesn’t recall “speaking” to Mom.
Now let’s take a look at the transcript of perjuring priest Bob Malm’s testimony in the Massachusetts litigation. Here, he claims he didn’t even know Mom’s name. So how and why does he use her name, Sigrid Yahner. in his initial sworn statement? 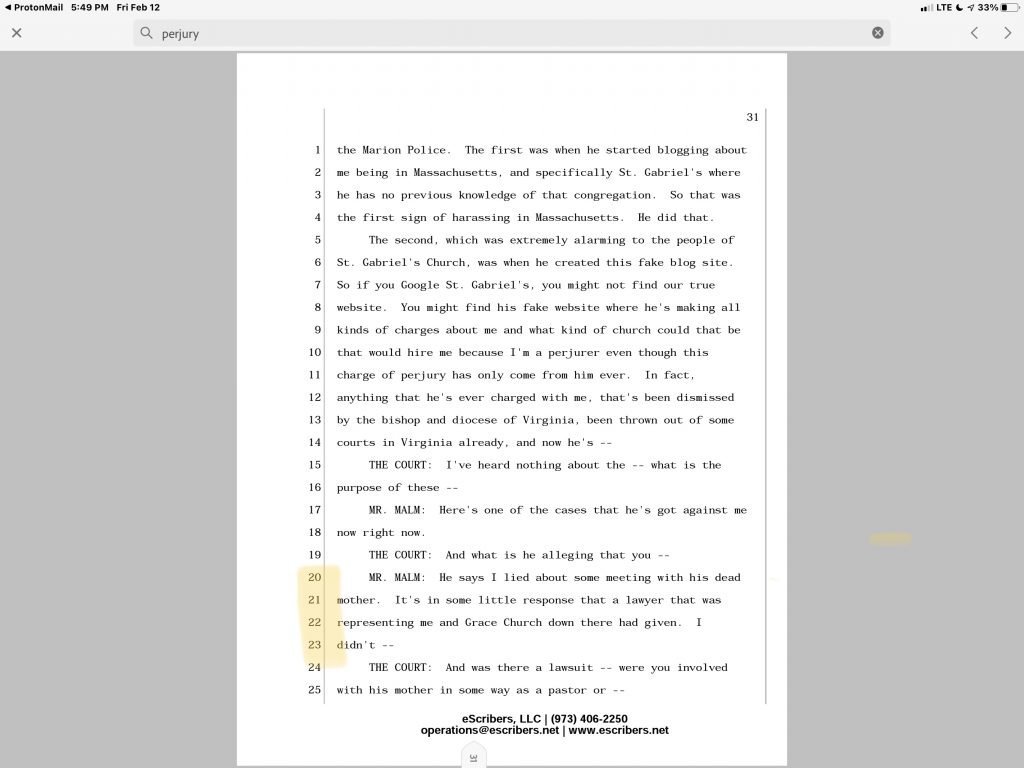 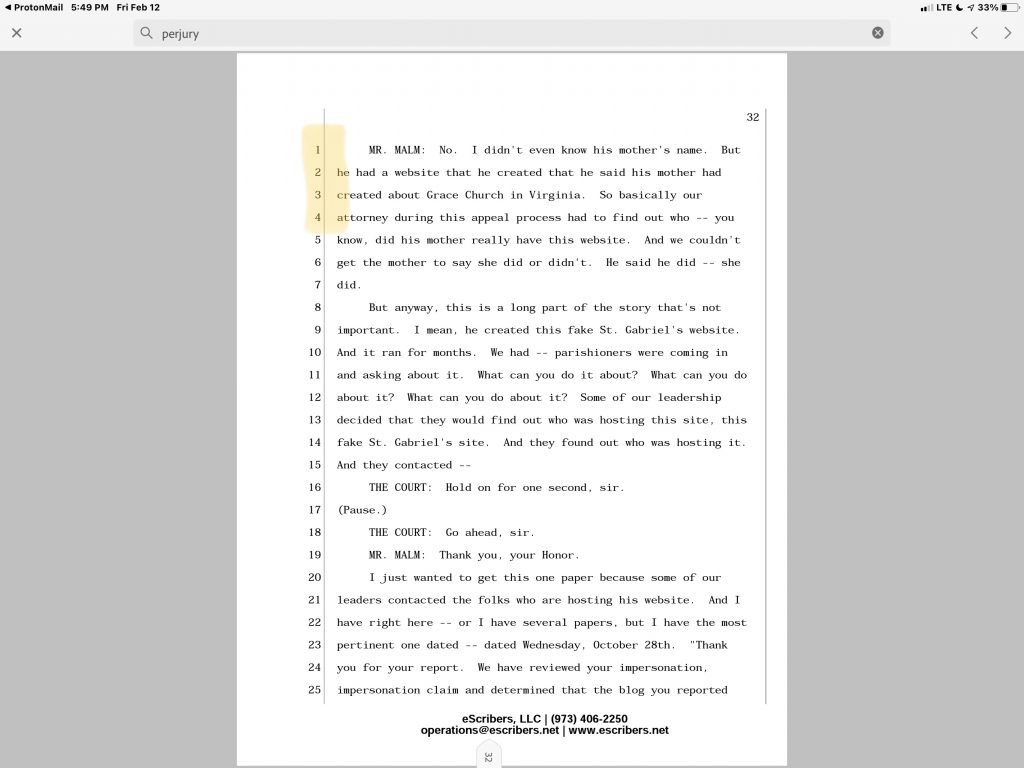