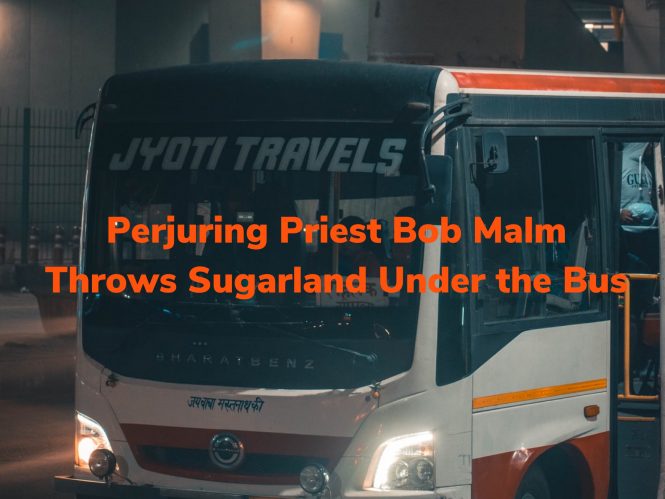 Earlier today, I was reviewing the transcript from a recent hearing and was reminded of something. Something big and ugly.

Specifically, I challenged perjuring priest Bob Malm over his perjury, in which he claimed that my late mother, or someone purporting to be her, contacted him repeatedly.

And guess what? Bob Malm acknowledged that the statement was false, and blamed it on Sugarland Chiow, saying that Sugarland had drafted the fabrication.

Yup, that big thump you heard was Sugarland getting thrown under the bus.

I’m going to send that information along to the disciplinary counsel handling the complaint against Sugarland and see what they conclude.

Just goes to show—there’s no honor among scumbags.