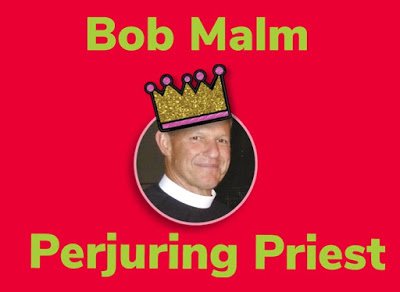 Over the last several days, I’ve been super busy. Not only am I working on my appeal to the state Supreme Court in the case against Grace Episcopal, the clergy perjury parish, but I’m finishing up on three additional lawsuits.

You’d think by now perjuring priest Bob Malm would have learned, but apparently not. Indeed, I have strong evidence that Bob lied to the Marion police, telling them them I had threatened and “stalked” him.

So, perjuring priest Bob Malm will have several additional years of lawsuits ahead of him—enough to carry him into retirement and beyond.