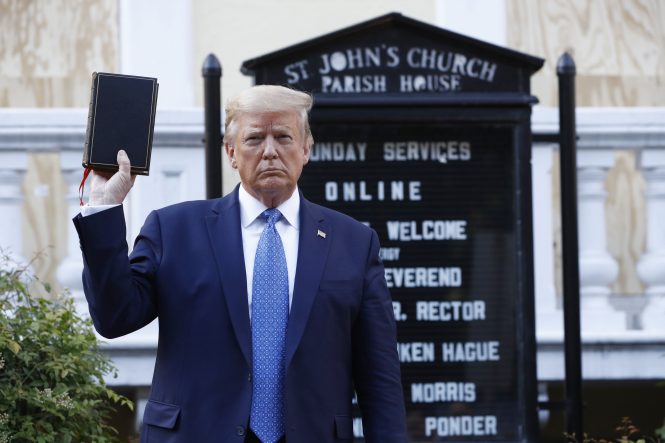 It’s no secret that I’m a liberal democrat. But at a time when many in the US stand united in their revulsion at Trump’s recent coup attempt, I have to say this for the Republican party: It has more organizational integrity than Grace Episcopal Church Alexandria, and that’s not saying much.

To be fair, Republicans are late to the game. Many were happy to enable Trump’s weird conspiracy theories, baseless claims of election fraud, and more as long as they thought there was advantage to be gained. Now that these tactics have, as least temporarily, derailed the party, suddenly members of the GOP are looking around saying. “Who? Trump? Don’t know him.”

That stands in marked contrast with folks at Grace Church, who with one notable exception largely eschew Trump’s strange paranoia. Even today, with written evidence available for all the world to see that, inter alia, perjuring priest Bob Malm lied to his own bishop, folks at Grace are still trying to defend their case in court. They still have part of the building named after a perjurer. And they still accept no responsibility for their role in the thirty-year debacle that is Bob Malm.

Ditto for Susan Goff and the Episcopal Diocese of Virginia.

So, if you are looking for a new church, consider this: Grace Episcopal Alexandria has even less organizational integrity than the Republican party. A place that should exemplify integrity and moral courage is morally bankrupt and utterly unwilling and incapable of admitting that to be the case.

Perhaps now is the time to hire Donald Trump as the new spokesperson for the Episcopal Church. It certainly would be a step up.