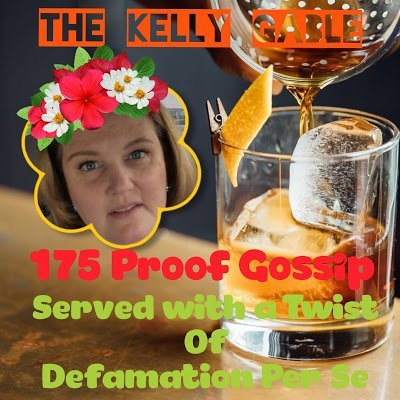 As many know, back in October The Wartburg Watch again covered perjuring priest Bob Malm’s defamation of me, which was a republication of comments from Kelly “Motormouth” Gable, in which Kelly claimed I embezzled from a previous employer.

In addition, during discovery, Bob claimed he cannot recall which church members told him they thought I had hacked the church’s email, a claim he gratuitously added before sending Kelly’s comments to the bishop. In addition, perjuring priest Bob Malm lied about the timeline of my arrival at Grace Church, no doubt to avoid the perfectly sensible question from the bishop: “If Bonetti was such an issue, why was he elected to the vestry?”

Of course, Bob’s claim that he cannot remember who made the claims that they believed I hacked the church’s email means I likely will have to subpoena church members until an answer to this “burning question” is uncovered.

In the meantime, with motions court now a week away, I once again renew my invitation for Kelly and Grace Church to put their money where their collective mouths are. Indeed, in its pleadings the church tries to claim that its statements were privileged on the basis that members had a “duty” to communicate these defamatory comments. While I know of no duty to repeat defamatory comments, especially when made with actual malice, let’s leave that to one side for a moment.

If Grace Church and Kelly “Motormouth” Gable really believe their comments are true, it is time to be adults, put on the big girl pants, and trot on over to the police station to file a criminal report. And since there’s no statute of limitations on felonies in Virginia, kindly spare us that excuse.

After all, duty is duty, and I am confident that neither Grace Episcopal Alexandria nor Kelly Motormouth Gable want a felon roaming loose. Plus, as I’ve said before, were Kelly’s claims true, just imagine the lip-smacking Christian glee that would erupt among Alison Campbell, the Princess Porcine Lisa Medley, and the other upstanding Christians of the parish at news of my arrest. Man, just in time for Christmas—that puts the gifts of the Twelve Days of Christmas to shame!

Speaking of, if Kelly doesn’t have the backbone to march on over to the police station and file a report, I am confident that the Princess Porcine and Alison would do so with alacrity. So there’s zero reason for the good Christians of Grace Episcopal Alexandria not to act.