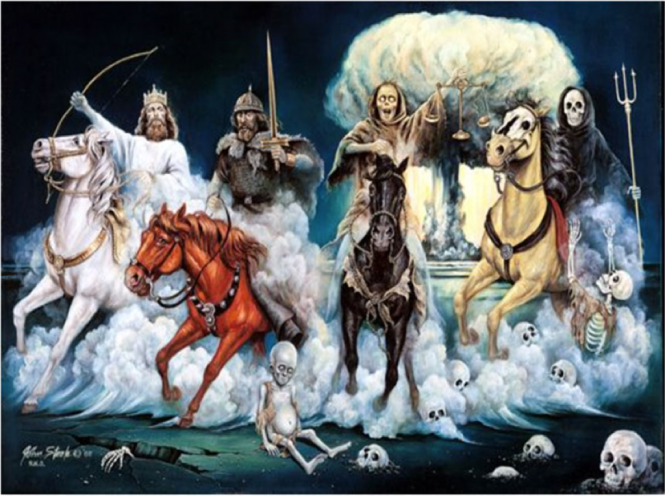 Many in the Episcopal blogosphere are familiar with Crusty Old Dean aka Tom Ferguson, who inter alia formerly served on the staff of the presiding bishop. His blog, Crusty Old Dean, is an erudite and humorous perspective on issues in TEC.

One of his best pieces, “The Collapse is Here,” discusses the fact that Tom has been warning that TEC is lurching towards collapse, and doing so for years. He explores the reasons for that collapse, including the fact that many in the church simply embrace the fact that the church as we know it is dying. On that score, Tom says he’s settled into resignation — there are some who are prepared to knowingly make decisions that will result in that outcome, and there’s nothing to be done about it.

Tom goes on to say that these challenges are compounded by a variety of factors, including the perception by the unchurched that Christians are hypocritical and judgmental. In that regard, I’d add that there are those of who are previously “churched” who would fully agree with that assessment

I’ll leave readers to explore the details on their own, but the article raises several good questions for Grace Episcopal Alexandria:

Will Anne Turner make a difference? The answer is, it depends. It depends on the extent to which the church is willing to acknowledge that it will die if it doesn’t change. From there, the answer depends on the church’s ability to embrace change, to grow, and to evolve.

As things stand now, the church is a very costly stage for poorly done videos of Mass, and an expensive platform for a school that largely serves the wealthy of the area, many of whom have little, if any, connection with the church or its faith going forward. And while the church may relieved to have put the debacle of the HVAC system behind it, it still has no concept of the capital expenditures coming down the road, including the replacement, due soon, for the amateur-hour reroofing of Merrow Hall, the repaving of the parking lot and circle, the replacement of the energy-gobbling HID lights around the complex, the refurbishment of the original elevator, and more. Yes, the property committee draws up lists and recommendations, but these are no substitute for the replacement reserve study that David Adams recommended back in 2014. And $20 says the church still hasn’t been bothered to do one, so it continues to have no meaningful sense of its cash flow needs in the coming years.

Plus, having had to borrow to cover much of the cost of the HVAC should tell the church something. As in, it’s not saving enough.

I’ve said this many times before, but I am going to say it yet again: The church needs to save for the future if it wants to stay in its current building.