Remember my post about Bob Malm’s perjury? The one where Bob Malm stated under oath in Virginia that my late mother set up appointments with him repeatedly, only to no-show? The one where Malm later told the Massachusetts courts that he didn’t lie, and in fact “didn’t even know her name?”

Well, Malm’s lie in Massachusetts is clear from the following, which is a letter from the Episcopal Diocese of Virginia. It’s addressed to perjuring priest Bob Malm and copies my mother, who had filed a disciplinary complaint against Bob Malm.

So how exactly is it that Bob “didn’t even know her name?”

That’s the problem when someone lies as often as Malm lies—-they get to where they can’t remember their latest lie. 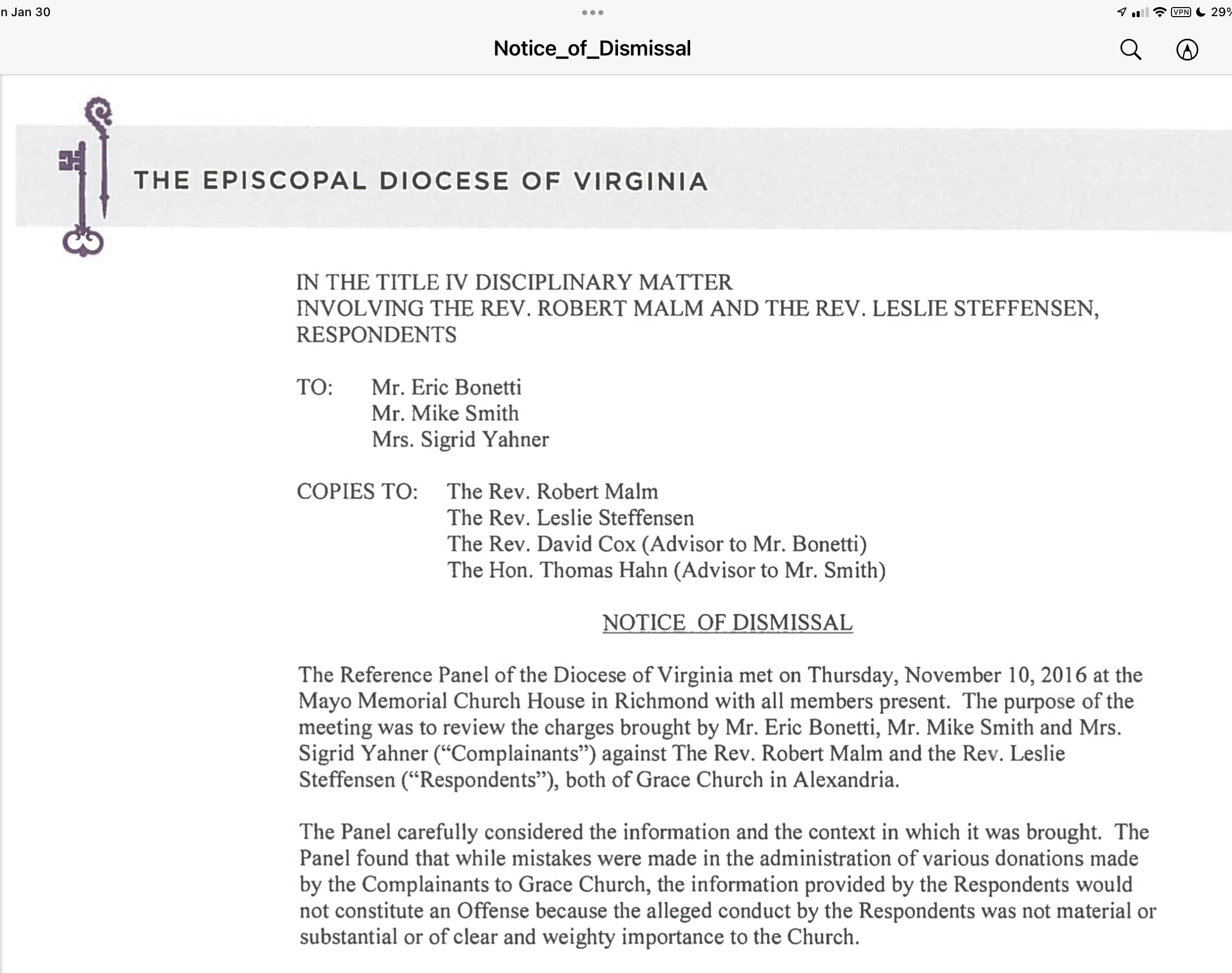 And here is the link to Malm’s exact perjurious statements.