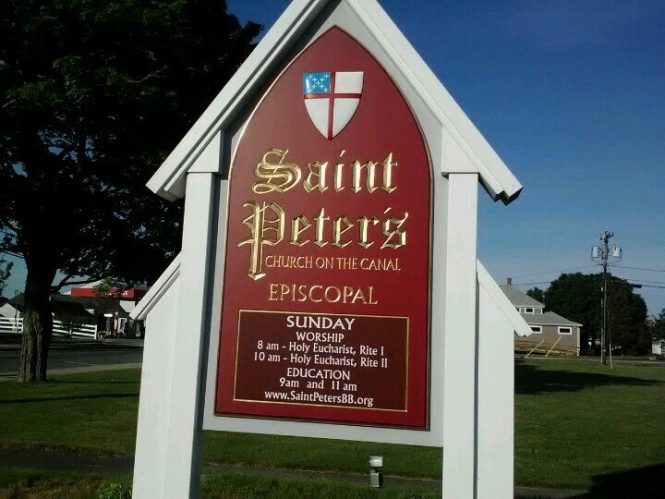 Yesterday, I posted about perjuring priest Bob Malm’s new gig, which is with St. Peter’s on-the-Canal in Bourne Massachusetts. Today’s post is a follow-up on that, and based on my research into the church, including a review of its parish profile, which was developed in conjunction with its search for a new rector. Specifically, I feel profoundly sorry for the members of the parish.

The more observant — and for a long time, that didn’t include me — will quickly recognize that Bob Malm’s faith is, at best, thin.

Others — and that will be most — will fall prey to Bob Malm’s narcissistic attributes, including his:

The important thing to remember is that the charming version of Bob — the smiles, hugs, seeming guilelessness, superficial charm — is an act. And yes, Bob knows all the words; he can preach about love, community, transformation and all the right buzz words. But he doesn’t “know the song.”

The real Bob Malm is vile, vicious and vindictive, capable of deception on a massive scale.  That extends to his role as a priest, which is nothing more than a stage performance.

Meanwhile, the members of St. Peter’s seem to be the real deal. It looks like they are trying hard to grow their church, to engage the community around them; in short, to be relevant. This collides with Bob’s goal, which is to obtain narcissistic supply. Thus, there is a real possibility of harm to the church and its spiritual development, for narcissists like Bob, despite their charm , inherently toxic. One has only to look at the disaster on wheels that is Grace Church to see the results.

There are two small slivers of hope in this.

First, interim rectors have little real authority, so perjuring priest Bob Malm may not be able to damage things too badly.

Second, his contract is at-will. That means that if bishop Alan Gates ever develops some integrity and decides to explore my allegations about Bob Malm’s perjury and other abusive conduct, he can give the Perjurer-in-Chief the heave-ho. And even the most rudimentary effort will readily make clear that Bob is a perjurer; all Gates has to do is ask Bob for details to support his claim that my Mom or someone claiming to be her contacted him repeatedly.

Of course, the fact that Gates and the other chuckleheads at DioMass can’t be bothered speaks volumes vis-a-vis their level of respect for those they “serve.” And it shows how the system in a toxic denomination will defend the status quo, regardless of the facts.