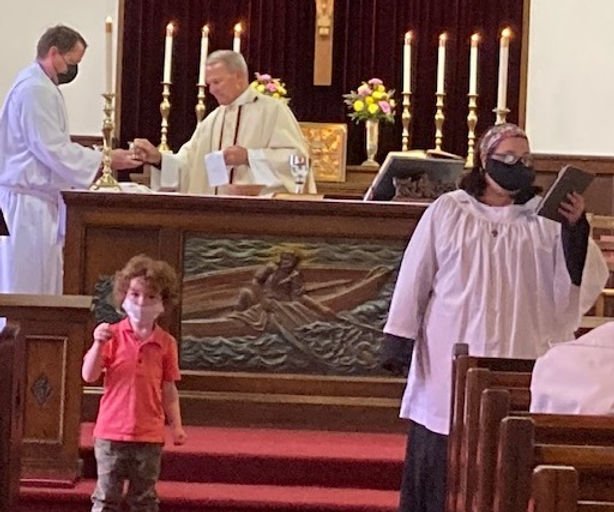 Sometimes, you really have to marvel at the lack of respect among diocesan leadership. That extends to Bishop Alan Gates, Bill Parnell, and the rest of the ding-a-lings at DioMass.

Specifically, perjuring priest Bob Malm is now serving as interim rector at St. Peter’s Episcopal Church-on-the-Canal, in Buzzards Bay. That’s near his previous gig at St. Gabriel’s, where Bob’s lies resulted in the church getting sued. In addition, Bob may face perjury charges for his courtroom lies. And his lies and other misconduct are out there for all the world to see, including his lies to Bishop Shannon Johnston about the timing of my arrival at Grace Church.

You can find Bob’s new gig online at https://www.saintpetersbb.org.

Particularly amusing is Bob’s quote in the July newletter, in which he talks about how failing to plan is planning to fail. That’s pretty rich, coming from a priest who made absolutely no effort at Grace to plan for things like the replacement of the HVAC systems, who allowed the church office to become a shambles, and who pretty much treated the place, in the words of one parishioner, “As Bobby Malm’s playground.”

Of course, Bob will turn on the charm, and true to form parishioners will conflate friendly with faithful. This, even as perjuring priest Bob Malm angers the neighbors with his plans to build a home adjacent to the wetlands of Buzzards Bay.

But the best irony of all comes from one church official, who said of Bob Malm’s lies, “He’s like a fish, caught in a net, flopping around and trying to escape.” Seems appropriate, given the nautical theme of St. Peter’s.

Meanwhile, Gates’ utter lack of integrity, in being unwilling to even look for himself to see whether Bob Malm is, in fact, a perjurer, speaks to the abysmal standards to which Episcopal clergy are held. It also says a lot about the sorry state of affairs in the church as whole.