Earlier today, I traded emails with the Alexandria City Attorney. Based on the content and tone of her/his messages, that person is a real piece of work and spectacularly unprofessional.

At issue is my notice to the city that it is being sued in federal district court. The city responded, saying that the police department cannot overturn the court’s ruling apropos perjuring priest Bob Malm. That’s a red herring, because no one asked the city to do that. Instead, I am litigating to:

1) Have the city stop its efforts to infringe on my First Amendment rights, including to protest outside the church without interference,.

2) Have the city provide due process and equal protection under the laws to address a matter that has NOT been litigated, which is Bob Malm’s perjury.

You’ll also see that I conclude with an irascible email to Joanna Anderson, the city attorney, to not treat me like I am an idiot. No doubt it comes as a surprise to her, but I get that the police department has no authority to undo court decisions. In fact, I figured that out in law school. And patronizing, arrogant responses like that from the city attorney’s office are exactly the sort of unhelpful conduct by city officials that leads people to file suit in the first place, versus engaging and seeing if there is a positive way to resolve concerns.

And, for the record, my request for an independent investigation into perjuring priest Bob Malm’s lies under oath and my lawsuit are not contingent upon each other. Even if the city files charges against Bob — which it should, given his myriad fabrications under oath and his abuse of power — I will continue to slog along through court until the truth is told. 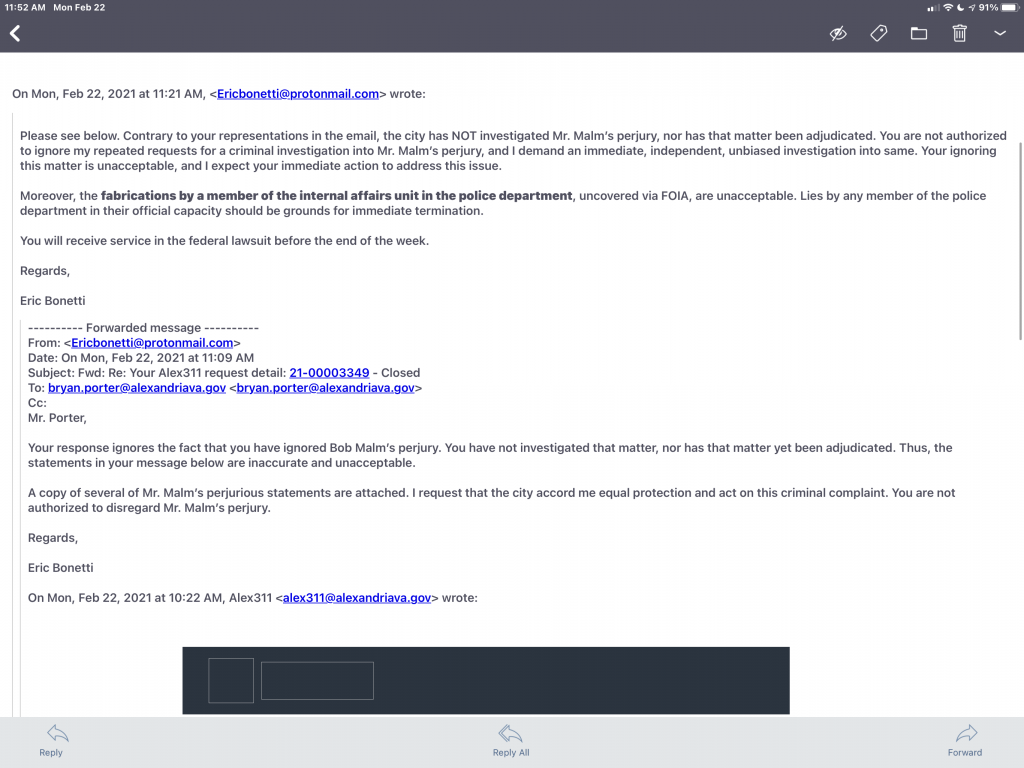