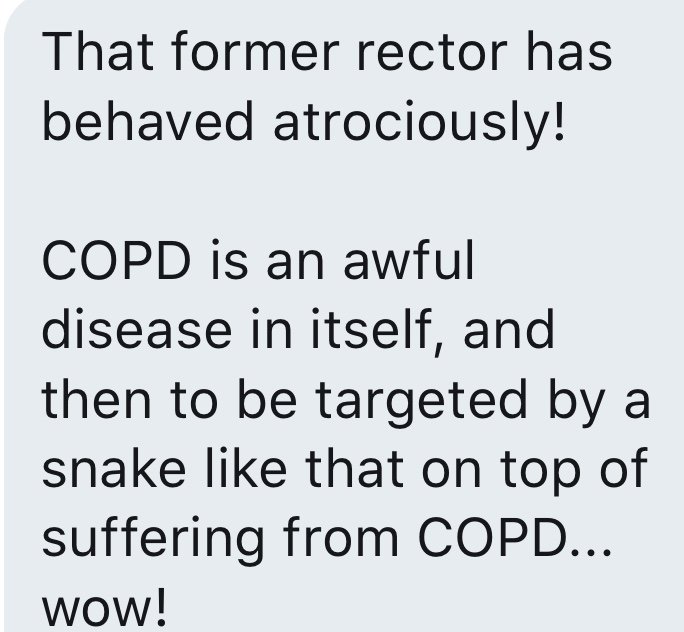 In September 2019, I authored a piece for Episcopal Cafe on the role of interim ministry in congregational health. The piece, developed with the assistance of a former canon to the ordinary and an expert on the interim process, noted that one of the steps in a successful interim ministry per the seminal Alban Institute study is a congregation coming to terms with its past.

In that regard — understanding and coming to terms with its past — Grace Church presently is failing on both scores. As a result, the parish, already in a state of precipitous decline, places itself at existential risk.

Specifically, I am referring to the need to recognize and put into context Bob Malm’s role within the parish. While many of the parishioners who remain regard Bob and his “ministry” with affection, the reality is rather more complex.

For example, Bob’s compensation package, bludgeoned past a reluctant vestry, starved the parish of funds needed to serve the needy, to reach out to the community, and to properly maintain its physical plant.

Similarly, Bob’s aloof but cordial brand of narcissism, combined with his sense of entitlement, his feckless but controlling approach to parish governance, his indifference to the ethical aspects of the church and its members, and his seemingly thin personal faith, all combined to create a parish very much built in Bob’s image. People are friendly and welcoming, but there is little attention to good governance, saving for the future, or living into the baptismal covenant.

Beyond that, much like Bob, the parish devotes much of its time and energy towards meeting its own needs and desires, often emphasizing near-term consumption. Money flows in rivers for flowers at the holidays, to get absolutely blotto at Shrine Mont, and for things like the reception after the Great Vigil. But funds are in short supply to maintain the original elevator, to repave the parking lot, to serve the poor and needy, or to fund the diocese and its outreach into the world.

Most troubling, however, is that the parish, vestry, and diocese have lost any claim to moral legitimacy as they support the pious fraud of Bob Malm’s perjury and other misconduct in his conflict with me,

Unlike Lenin and Stalin, who justified their conduct by arguing that the ends justified the means, Christianity holds to the notion that certain behaviors are always and everywhere wrong. Among them are various actions by the church and Bob Malm, including:

Yet Grace Church and its leadership, aided and abetted by Sugarland Chiow and encouraged by Susan Goff and the other knuckleheads at the diocese, steadfastly refuse to acknowledge these sins or their role in them.

Or, when forced to deal with these matters, as in the current litigation, they try to sidestep things by pretending that I made all this up, despite irrefutable evidence to the contrary. Just check out the dozens of Bob’s emails and other church records on this site.

Of course, that’s all part of the Malm paradigm. Deny, avoid, equivocate, attack — just don’t ever take responsibility. Or, if all else fails, make it sound good, pretend like you’re apologizing, then regroup and begin again. In other words, act like a narcissist.

In short, as Grace church moves into its sixth month of interim ministry, there are no signs to suggest that it understands, let alone has come to terms with, its past. Nor does it have any desire to do so. Or as Christine Cheevers put it, “[Bob Malm’s] gone.”

And that is exactly my point. Bob Malm is gone. Now it’s time to deal with his mess,.