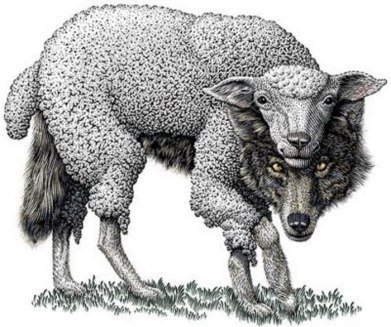 As I move forward with the court case against Grace Episcopal Church — and likely soon against Bob Malm — it’s important to know that Bob’s talking points, developed with the help of Sugarland Chiow and distributed via Amy Medrick to the vestry and beyond, contain a bold-faced lie. It is a lie in which Bob’s own emails disprove his claim.

Here are his talking points, replete with the usual Bob Malm quotation marks to “beg meaning.” In it, look at the line where he states that the church is aware that I have been protesting ever since Bob and the church filed for a protective order.

Now, look at Bob Malm’s email to my former employer. In it, Bob states that he’s moving forward with a protective order because I have been protesting. In other words, he cites my protests as the reason for seeking a protective order.

Bob then throws in the non sequitor about how some, including his wife, see this “protesting” as “making good on threats.” (quotation marks supplied) Of course, in true Bob Malm fashion, he both fails to mention what threats he believes have occurred, while trying to shove the onus onto his wife, Leslie.
So why the fabrication to the vestry? If Bob is going to go around trashing other people, wouldn’t he or Sugarland Chiow want to make sure that their information is accurate?
Once again, Bob Malm’s own writings prove he is a liar. And that begs the question: Why are people who purport to be Christian still supporting this sort of conduct by a so-called priest?

Ironically, Bob Malm’s conduct in this matter proves that my underlying concerns about him and his behavior were warranted. Any priest who thinks it’s okay to lie under oath, to go after Mike, to try to drag the dying into court, and who sends emails and other messages that talk about someone else in the manner he does is someone who should not be a priest. And Bob’s actions make clear that folks close to him were telling the truth when they said that, for Bob, being a priest is “just a job.”

There’s nothing even remotely Christian about Bob Malm. Indeed, he is the “wolf in sheep’s clothing” about which Jesus warned you.