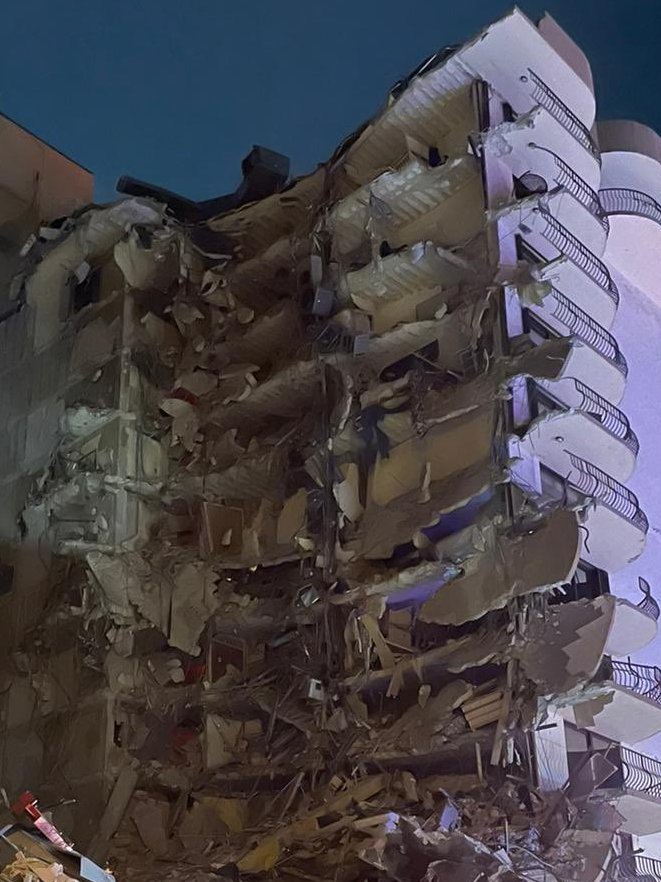 The horrific collapse of a seaside mid-rise in Florida, almost certainly due to water incursion resulting in the deterioration of concrete, should be a wake-up call to Grace Episcopal. That said, given how clueless the church and its “leadership” are about building maintenance issues, the lesson will almost certainly go unheeded.

Consider: For years water was allowed to flow into the furnace room under the old narthex. Just like the Miami condo collapse, the inevitable happened, and a big chunk of the wall collapsed. We were able to get it repaired at a reasonable cost, as the original masonry firm is still around.

That said, there are several areas of deterioration. The worst is in the original church, and while I was junior warden we repaired the damage. But preventing further damage requires ongoing measures, and I have a $100 bill that says Alison “Fluffy” Campbell neither makes sure this work gets done, nor even knows what needs to be done.

There is also an area of serious deterioration in the school building, and a looming issues in the 1994 renovations. I’ve identified those previously, but jackasses like Lisa Medley were too worried about acting like idiots to pay any attention, so I am not going to reiterate my warnings.

But folks should take action NOW to address areas of water incursion, fix them, and to identify any waterproofing issues or areas of spalling. (If you don’t know what the latter is, look it up.)

I’ll also give folks a clue as to where to start: Four — yes, four — of the roofs on the building are at end of life, and one is actively leaking, even as we speak,

The bottom line is that the church is unlikely to experience a catastrophe of the scale experienced in Florida. But just like the run-up to the collapse of the Florida building, in which owners squabbled even as costs soared, the church runs the risk of some very costly and embarrassing surprises. Nor would this be the first time—my warnings about the looming failure of the HVAC system were ignored right up until failure, at which point the build went for almost a year without air conditioning. That made a really bad impression on visitors, and underscored the utter lack of planning on the part of the church.