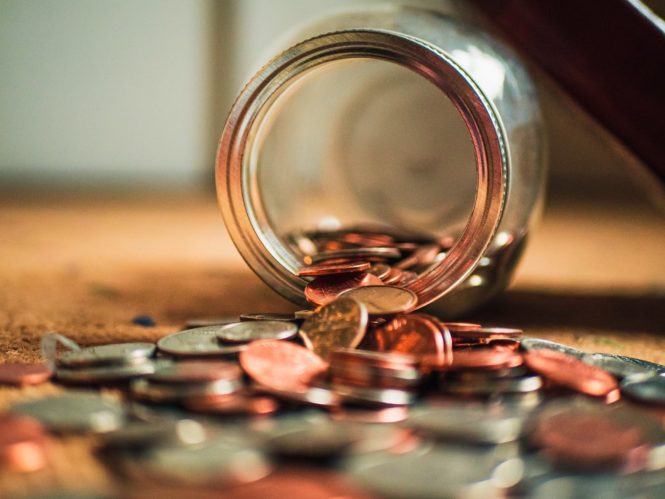 The Episcopal Church’s annual data report has been released, and things are not looking good for Grace Episcopal Alexandria, the clergy perjury parish. 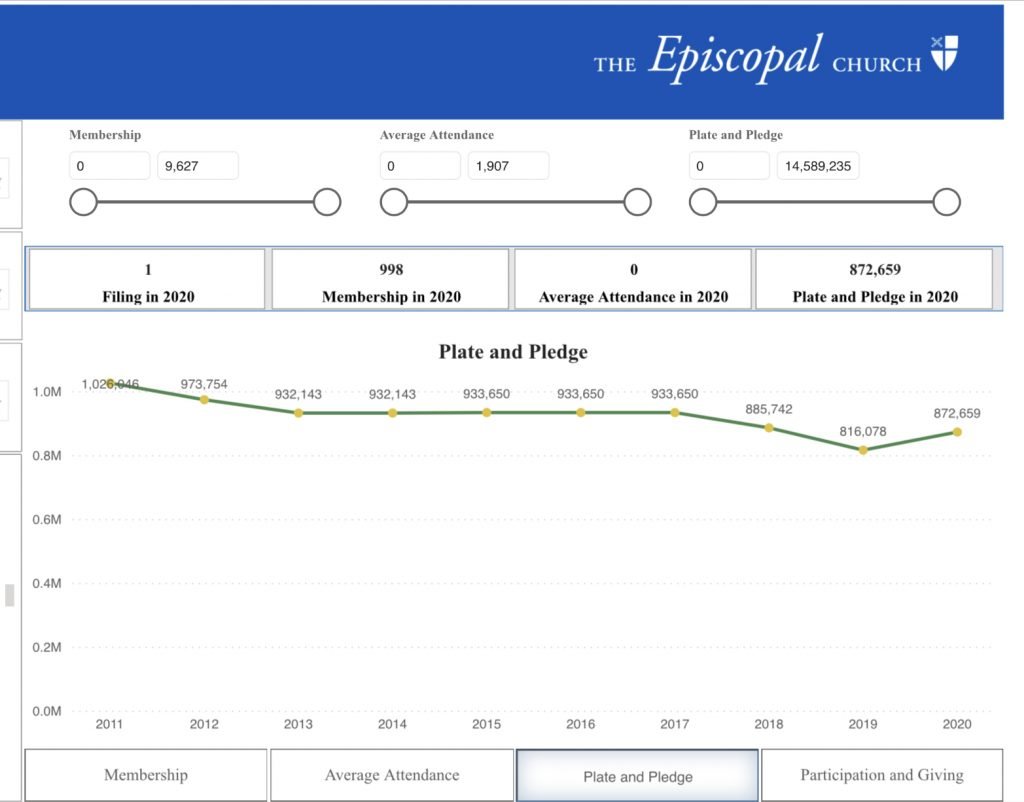 But that doesn’t tell the whole story. Adjust the value of 2011’s plate and pledge to account for inflation, and the parish would need to bring in $1,180,551.13 to have the same buying power. 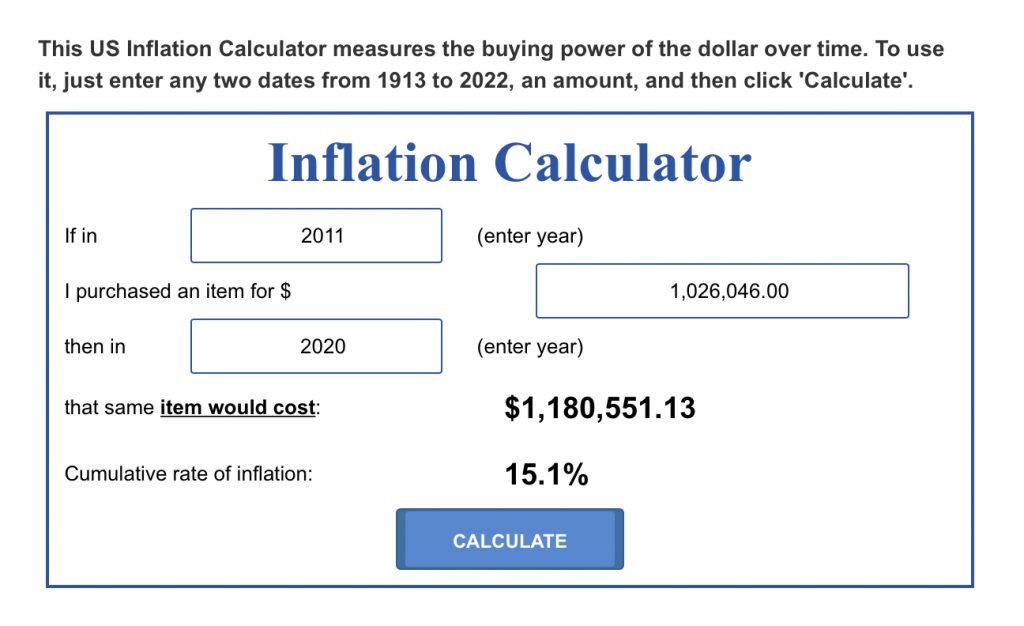 Even worse, in 2011 the parish had 324 pledging units. As of 2022, the number of pledging units is at 170. Thus, a smaller and smaller group of people are giving more and more to stave off financial collapse. Obviously, this is unsustainable. 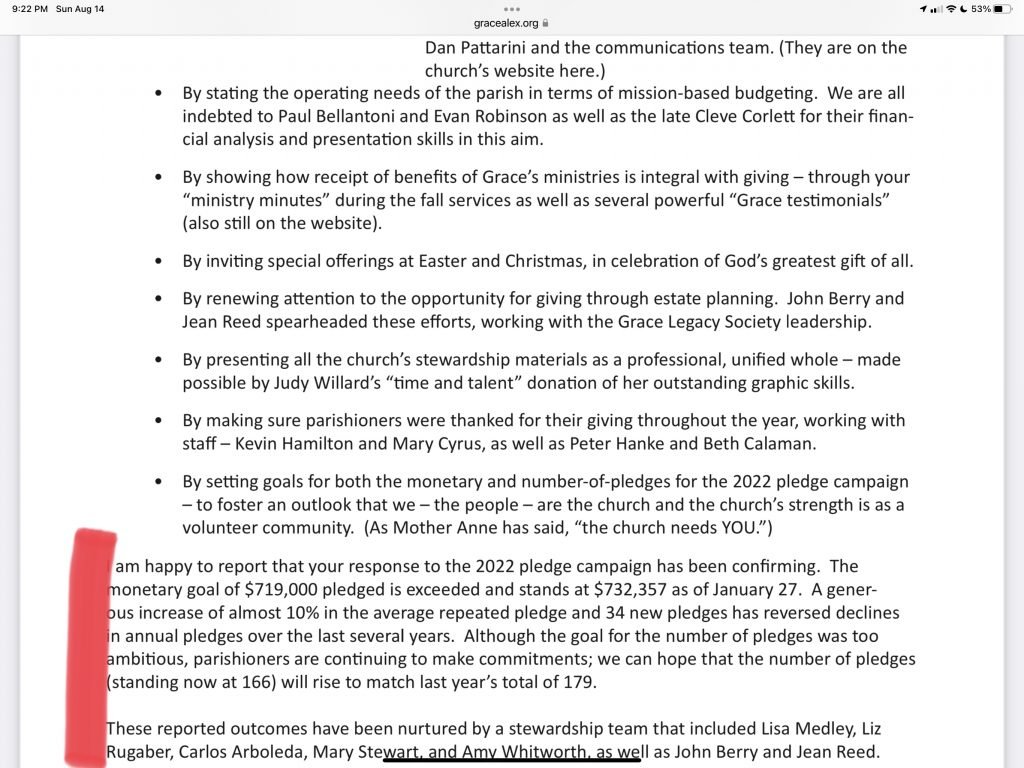 And the one bit of good news in the mix—the generous Saalfeld bequest, which allowed the church to finally address major deferred maintenance issues that were placing the entire place at risk —illustrates another peril facing the parish. Specifically, a handful of families, all retired, who out of respect will be named here, collectively give approximately 20 percent of the church’s income.

In other words, all it takes is a handful of deaths to send the church’s budget into a tailspin. And given the decreasingly small pool of pledges, even the death of one faithful parishioner, like the beloved Anne Caputo, stresses the budget.

Still, this is long overdue, and the church still has not professionalized its plant maintenance. Even some of the recent decisions — like putting LED light bulbs in the parking lot — were badly conceived and reflect a lack of property management experience on the part of Alison Campbell and parish staff. (In the case of the parking lot lights, transitioning to LED lighting was recommended in 2014. But the temporary light posts, built of treated lumber during the 1994 renovations, are well past life. Thus, the better options were either new lightpoles with LED fixtures, or tearing down the poles and placing LED panels along the building parapets.)

Hopefully, a well-done replacement study will help members of the church understand the major roofing issues confronting it, including an area of failing parapet that risks a major accident.

Apropos these specifics, only time will tell. But absent major growth, Grace faces big, big challenges in the coming years.