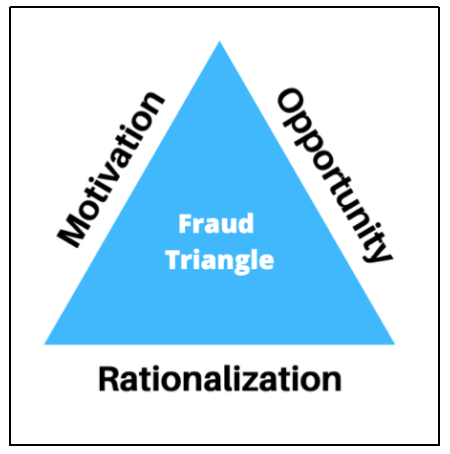 As we move into 2022, there is a question that lingers, unresolved: Did Bob Malm embezzle from Grace Church?

Before we go further, I want to be clear: I don’t know whether Bob Malm embezzled or not. But there is reason for concern.

First, let’s be clear: Anyone willing to repeatedly lie to the courts, and to the police, is not above other unethical conduct. Indeed, criminologists consider embezzlers to be “trust-breakers,” and it is fair to say that Bob has repeatedly betrayed the trust placed in him.

Second, more than one person speculated that the only reason Bob Malm kept parish Charlotte Payne Wright was that “she had something on him,” Her work was deplorable, her conduct abysmal, she was nasty and ill-tempered, and she was a hoarder.

Third, money was found in her office when she left. Not a little money. A lot of money. That included stale checks, some for substantial amounts, that had gone undeposited. That begs the issue: Are we to believe that no one called to ask, “When are you going to deposit my check?”

Fourth, Bob on multiple situations misrepresented his financial status to his family, including after his accident, when he pulled in a purse of more than $25,000. Later that year, the vestry wrote off $100K of the $200K loan he owed the church.

Yet during that time, Bob complained to his family about his expenses. That included the cost of the railings installed at his home, on the treacherous front steps, then covered with snow and ice. In that instance, he complained to his family that he had paid for the railings from his bonus for 25 years at Grace church. Yet there was no bonus, other than the $125K. Perhaps he was referring to his cost of living increase. But no matter how you parse the issue, having pulled down a $125K bonus in 2014, perjuring priest Bob Malm was hardly struggling, at least on the income side.

Fifth, Bob had financial issues, even on his 200k a year compensation package. These were only alleviated when his mother died and left him half her estate. For example, the family was sued over unpaid dentist bills, and what appears to have been a credit card bill.

Sixth, Bob engaged in suspicious activity. For example, deposits repeatedly arrived at the bank in amounts different that what had been counted. Folks, I am pretty sure that counters at Grace know how to count. And when I brought the matter up, Bob was anything but surprised, yet he took no action. Moreover, after Charlotte’s departure, Bob was quick to tell the vestry that there was no evidence of fraud. How could he know that absent a fraud audit? Moreover, when I suggested a forensic audit, Bob was visibly upset, asking, “But you didn’t tell them to do it, did you?”

Seventh, Bob meets every aspect of the fraud triangle: Opportunity. Motive. Rationalization. Bob believed that he was special, that he was not paid enough for his service, and there was plenty of opportunity, especially as he knew where the key to the drop safe was located. And Bob’s penchant for month-long vacations, hair transplants, private schools for the kids and more left the family financially strapped. And Charlotte, a hoarder herself, wouldn’t have known or said anything if she did suspect Bob was stealing. In fact, if Charlotte had any inkling at all, that may explain why she was hiding cash in her office.

Eighth, Bob made sure the vestry never saw the AUP engagement letter, or the auditors’ report. And contrary to what the Princess Porcine, Lisa Medley says, the church is NOT audited every year. It does an AUP, which has no attestation value whatsoever. And even that couldn’t be completed timely, due to Grace’s shambolic financial recordkeeping and reporting.

My belief — totally unproven — is that Bob was stealing periodically from the loose plate side of the deposits. That would comport with the bank’s complaints, which is that deposits were arriving in amounts other than what was reflected in the deposit tickets.

I don’t think we will ever know, but there’s reason to be deeply concerned.