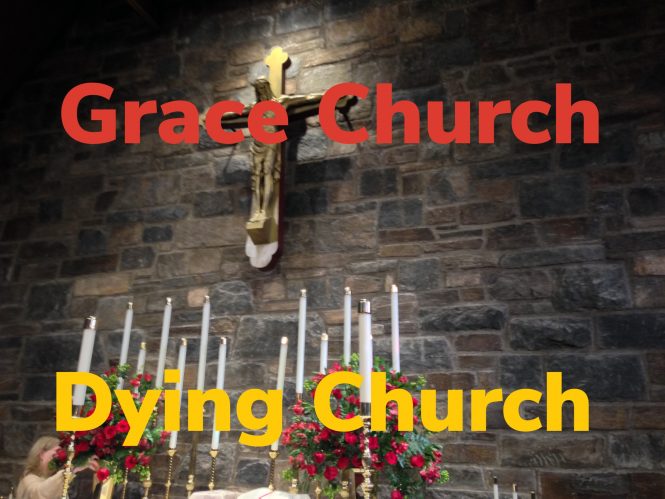 Grace Episcopal Alexandria, the clergy perjury parish, is facing a major decline in pledge revenue. Such revenue is the linchpin of parish finances.

But just looking at the numbers doesn’t reveal the full extent of the problems facing Grace Church.

In other words, when factoring in inflation, Grace contemplates 2022 pledge income 30.73 percent lower than in 2015.

That’s troubling enough, but what is particularly alarming is the flight of pledging units. Coming into 2015, the parish saw the departure of 45 pledging units, dropping from 317 to 272. That trend has continued since then, with the church struggling to break 200 pledging units.

That decline touches on the conventional wisdom, which is that churches are no longer viable once they hit 130 pledging units. Thus, given the current rate of decline, Grace is skating the edge.

Moreover, further decline is inevitable. There are very few young couples in the church, and several of the most generous givers are now in assisted living. Thus, within 10 years we will see major additional declines in revenue.

Things do not bode well for Grace.