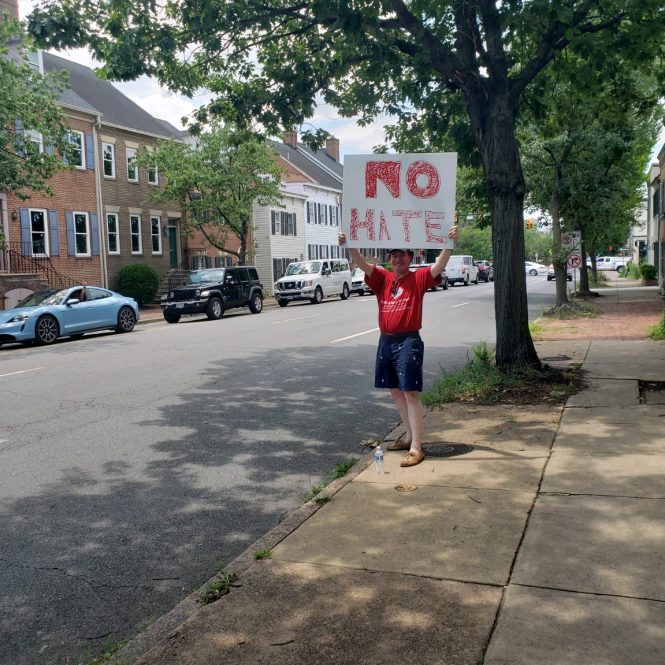 Today brought something entirely different — a day spent protesting at 1003 Duke Street. And no, I wasn’t even protesting abusive behavior in the Episcopal Church.

That address is where Jim and Mary Wood live. They allegedly have engaged in a pattern and practice of abusive behavior towards neighbors Kyle Metz and Leo Liu Metz. a married same-sex couple, that involved homophobic and anti-Asian statements and threats.

The matter has been reported in the local press, including allegations by the Woods that Kyle Metz attempted to hit him. Details are available here.

For the record, I have spoken with Leo and Kyle, and I am confident that neither one engaged in violence or threats of violence, and I am happy to testify to that effect. In fact, I have zero doubt. And numerous neighbors wandered by and expressed the same views.

Let’s hope that the landlord, Kathryn Kuhn, owner of the home where the Woods live, will do the right thing and ask them to leave quietly, without any further harm to their own reputations or disruption to the neighborhood. There’s simply no reason to make a bad situation worse by prolonging it.

And yeah, for the record, as a sign maker, I stink.