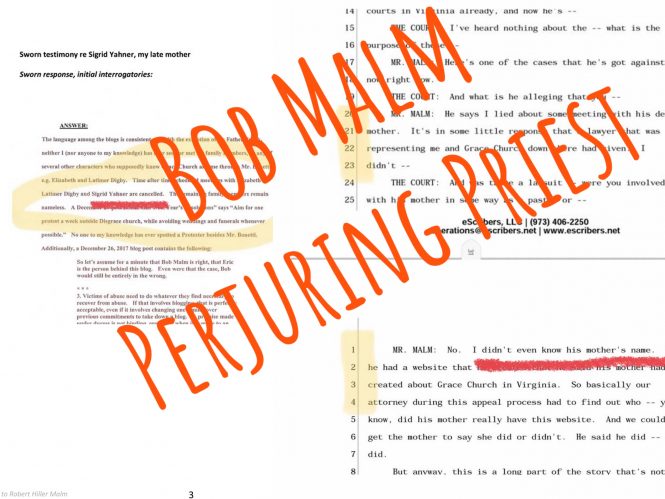 There’s an interesting development out there. In its special convention, the Episcopal Diocese of Washington has passed a canon to set up a process to formally address problematic parishes. That contrasts sharply with DioVA, which continues to stick its head in the sand with the mendacious pretense that Bob Malm’s perjury only counts if there are criminal charges. As a result, Grace Episcopal is lurching ever closer to existential disaster, while DioVA lacks any pretense to ethical legitimacy.

Those interested in the EDOW initiative can find additional information here.

Of course, we now have a situation in which DioMass and St. Gabriel’s are headed in the same direction. Neither has any concern about Bob Malm’s being a perjurer.

Speaking of mendacious, here is the written letter from ethically bankrupt Bishop Susan Goff and Sven vanBaar—the latter is now a delegate to General Convention. 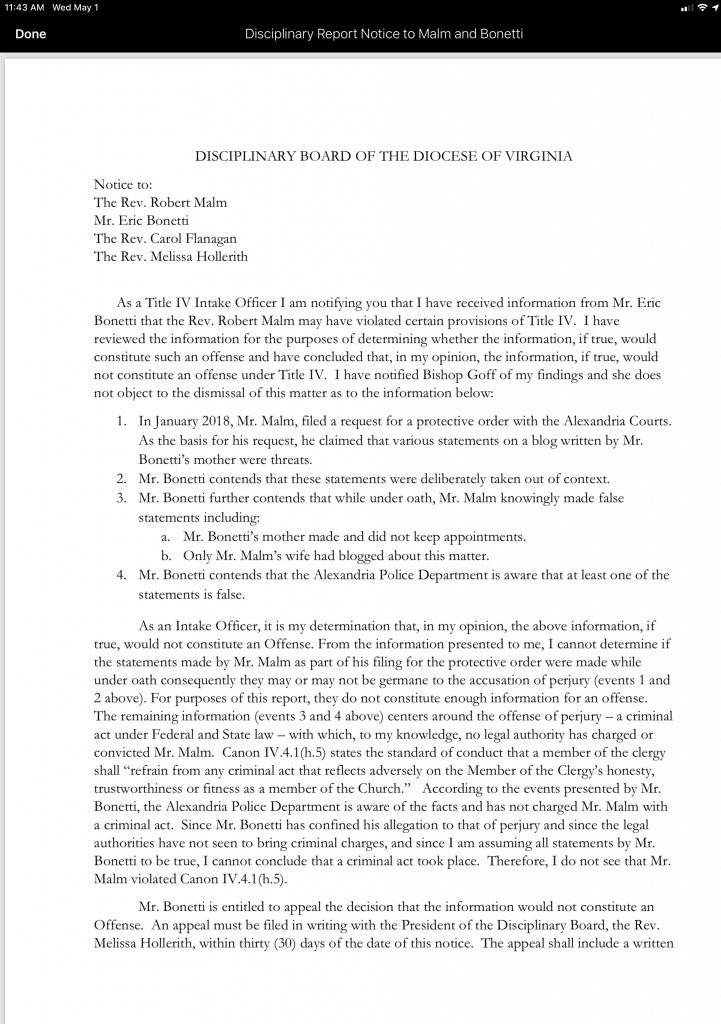 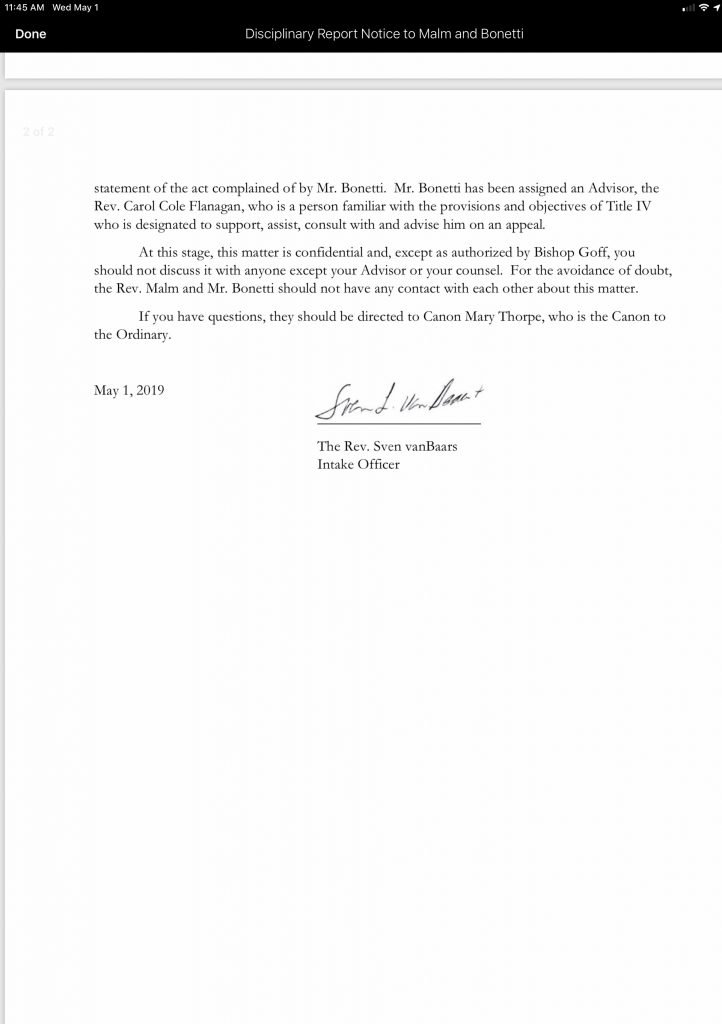