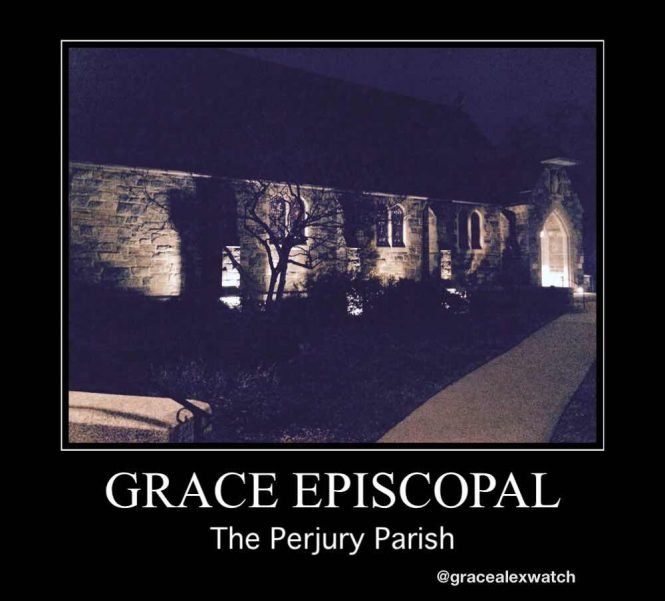 Yesterday was an important day in the calendar for vestries and parish administrators across the Episcopal Church. It was the day that annual parochial reports were due for many, and early results show that 2020 was nothing short of catastrophic for Grace Church.

Leaving aside for a moment the fallout from perjuring priest Bob Malm’s misconduct, shock and dismay still reverberating over Bob’s $100K bonus at a time when the church was already struggling, Kelly Gable’s defamatory comments and more, last year Grace did not make a pledge to the diocese. Moreover, coming into the last quarter, the parish had only sent $30K to the diocese. That’s a dismal sum, surpassed by many of the smallest churches in the diocese, and a sure sign of profound financial difficulties for Grace.

Coming into 2021, the parish is still looking at a potential budget deficit, even after cutting loose a raft of major expenses. These include funding for Chrissie Crosby’s position — a position that is essential if the parish is to remain family-friendly. And frankly, having seen the mess that Grace volunteers make of many programs, having a dedicated staff person is essential if parents don’t want a hot mess on their hands.

And while the church vestry is moving towards a better understanding of its role pursuant to Episcopal polity, versus serving as a rubber stamp for perjuring priest Bob Malm, signs do not augur well for the future:

By late August, the parochial report results will be public, and we’ll officially know just how bad 2020 was for Grace Church.

But as things stand, the church appears to be in major trouble, and on the verge of further staff cutbacks.