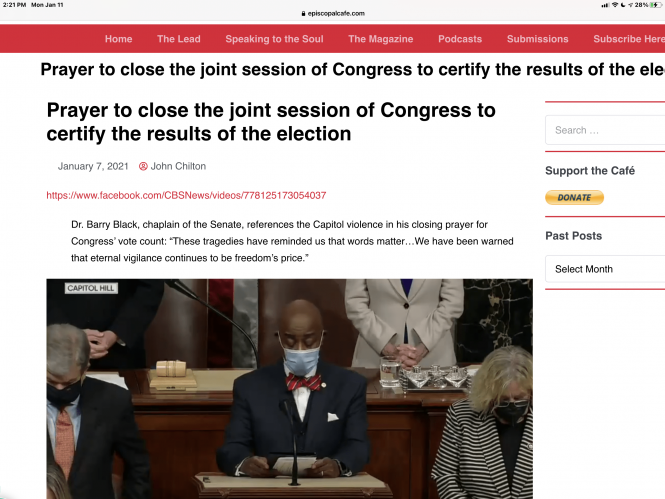 Even as Grace Episcopal Alexandria, the clergy perjury parish, tries to pretend that its inflammatory rhetoric and courtroom fabrications don’t matter, and that those injured by its conduct should “move on,” independent blog Episcopal Cafe has posted a reminder that words do, in fact, matter. The post comes as people act with revulsion towards the coup attempt at the US Capitol.

Remind me again: How is blogging a form of “domestic terrorism?”

As long as Grace Church remains the Episcopal variant of Trumpism, with its hateful rhetoric and ugly fabrications, it will continue to slide into irrelevance.