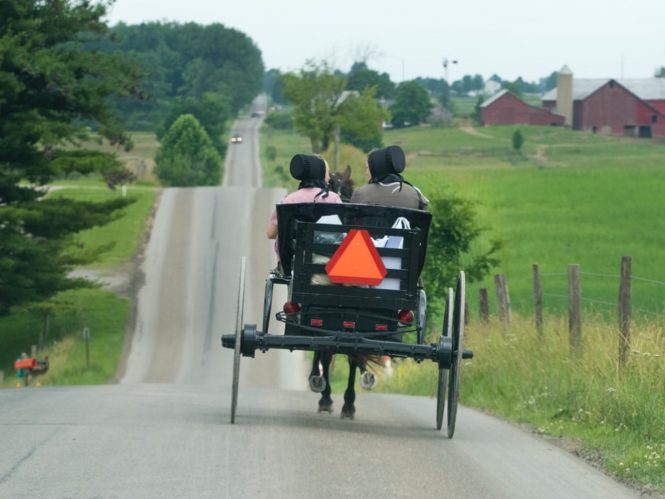 Note from editor: I previously published the following on Surviving Church

Shunning, or the deliberate exclusion of a person or persons from a church by a member of the clergy, is both devastating and widespread. Unfortunately, those who engage in this despicable practice rarely recognise that it hurts them, and the larger church, in a powerful and lasting way.

Some time ago, I wrote a piece for another prominent faith-oriented blog describing my experience with shunning, doing so without attribution but my editor’s full knowledge of my identity. My hope was that this would allow for discussion of the larger issue, versus the facts of my particular case.

The response was overwhelming. Literally dozens of individuals commented, sharing their own experiences of being excluded from church, typically for petty issues, like disagreeing with the Rector in a vestry meeting, or for having varying views about a minor secondary doctrinal matter.

Means of shunning by clergy often were cunning, ranging from suddenly being removed from church mailings, to not learning of upcoming meetings, to instructing church staff to be uncooperative in ways large and small. In some cases, clergy came right out and informed persons that they were unwelcome.

An ancillary issue, often alluded to but rarely addressed in full, was the tremendous pain that those who are shunned experienced. Deprived of the joy and psychological support of friends, many commenters described resulting major depression, PTSD, and in many cases, leaving the Christian faith altogether.

Tellingly, the blog for which I wrote the article is visited primarily by active church members. Thus, one might conclude that a larger number of persons never saw my article, because they no longer have any connection to church.

Theologically, of course, shunning flies in the very face of the whole notion of church. If we indeed believe that the church is the body of Christ, then it follows that causing suffering to any part of the church causes suffering for all.

And so it is with my experience with shunning. While it serves no useful purpose in this post to identify the priest and church involved, recent documents show that the parish indeed has paid a heavy price for my rector’s campaign of shunning, having lost almost 1/3 of its pledging units since my situation erupted two years ago. Additionally, there have been major declines in attendance at divine worship.

That stands to reason. In a day and age where bullying is illegal in American schools, and often legally actionable in other settings, few are likely to conclude that a church where shunning is acceptable is a safe, inclusive place, or somewhere to grow in faith.

At the same time, churchgoers are notoriously adverse to conflict, and will often quietly slip away to more tranquil environs when they encounter a church in which shunning, or bullying in any other form, is acceptable. In such cases, even two or three bullies can cause tremendous damage, both near- and long-term, and real leaders may be few in number or non-existent.

My experience with shunning also suggests that bystanders often rush to judgement, which in turn leads to widening circles of tension and conflict within the church. “He must have done something to deserve it,” people speculate, in my case sometimes even suggesting that sexual or financial misconduct must have occurred. So, while some bystanders are quick to defriend the victim of shunning on Facebook and other social media, those who remain friends are thrust into the unenviable position of having to decide whether, for example, the person shunned should be invited to holiday parties and other social events. Or as one long-time friend said to me, “Sorry you weren’t invited. It just would have been awkward.”

Given the disparate perceived power between clergy and laity, in my experience I also noted many otherwise honourable people who, without question, honoured my priest’s instructions to shun me and my family. This unwillingness to question authority indeed is troubling, for it is the same blind trust that all too often allows clergy to engage in sexual abuse without any accountability.

Some go even further. For example, one young member of my church, posting to social media under a pseudonym that was sexually explicit, urged me to “go kill yourself.”Still others may attempt to discredit the victim of shunning by lying and claiming that the victim harassed the perpetrator, or otherwise engaged in behaviour warranting shunning. Yet shunning is never warranted as response, even if such allegations were true. And in my parish, the continuing presence of laypersons who have engaged in criminal acts or other misconduct illustrates the arbitrary and capricious nature of shunning.

Of course, the notion that this sort of behaviour is appropriate derives from seeing the example of an clergy member who abuses his or her power by engaging in shunning. If a priest can engage in behaviour that has rightly been described on this blog as “psychological murder,” why not invite the victim of shunning to murder himself? The one logically follows from the other.

Ironically, while shunning is an abuse of power perpetrated by clergy who are seen as occupying the more powerful position in the church, if called onto the carpet clergy who shun will attempt to treat the person shunned as a peer. Specifically, in my case, I started a “name and shame,” blog to let as many people as possible know that my church is not a safe place. Yet, when we later met to discuss the matter, my priest angrily denounced my blog as defamatory, despite the fact that it is not. Indeed, at one point he objected loudly to a meme I had developed that said, “Jesus. Welcomes Outcasts,” along with an image of Jesus. Alongside was my priest’s name and image, with the subtitle, “Creates Outcasts.” Yet what better way is there to illustrate that shunning is the antithesis of the Christian faith? And having engaged in shunning, why would he object to anyone illustrating this dichotomy in clear terms such as this?

My further observation in this space is that clergy always are responsible for maintaining appropriate boundaries with those entrusted to their care. Thus, when those boundaries are violated, the victim is under no obligation to be nice. Victims of abuse must do what they need to do to recover, and there is no shame in doing so. In other words, it is never the disclosure of clergy misconduct that causes harm. It is the misconduct that causes harm. And no one argued that I should refrain from commenting when a drunk driver killed several members of my family. So why should my priest be any different?

Once a member of the clergy or other person in a position of power engages in shunning – truly a barbaric practice – one of the few things victims can do is to tell their story far and wide. Doing so can be quite painful, as I know, and one will lose friends for doing so. But the hard reality is that the clergyperson’s actions will already have cost the victim many of his or her friends, and by sharing their story, victims can take back control. This is in contrast to many who are shunned, who often slip into deep depression when they conclude they are powerless to stop the abuse.

Ironically enough, in telling their stories, victims of shunning may discover that another group deeply hurt by clergy who shun are his or her family members and other close associates. Because clergy who engage in shunning often are serial bullies who are adept at making themselves seem kind and caring, family members and professional acquaintances alike may be shocked and appalled by public criticism of the clergyperson, feeling that the victims are overreacting, “unbalanced,” or should, “move on.” In that vein, one of the things I deeply regret is the pain that my actions, taken in resistance to my priest’s shunning, caused for his family members. While I was not prepared to stop telling my story until such time as my priest lifted his edict of shunning, knowing that I was causing distress to others was troubling indeed.

Of course, for the victim, the results of shunning are often lasting. While my priest eventually complained that we were discussing matters that had occurred two years earlier, the reality is that some members of my family affected by his shunning will never fully recover from their distress. Shunning is a traumatic experience that causes suffering for years to come, and in many ways can never be undone.

Similarly, experts note that shunning and other forms of clergy misconduct my affect churches for many years to come. In her excellent book, “Restoring Trust. Wholeness After Betrayal”, Episcopal author and Canon to the Ordinary for the Diocese of Connecticut Robin Hammeal-Urban shares her experience that parishes sometimes act in unhealthy ways 25 years after clergy misconduct if there is not a deliberate effort to disclose the misconduct and work towards healing and health. Yet all too often, church judicatories are loathe to address the elephant in the living room when clergy have engaged in shunning, labelling the matter a “personality conflict,” or as something best resolved within the parish.

If the church is to live into its mission as a safe and welcoming home for all persons, we need to move to an understanding that shunning, or bullying in any other form, is utterly unacceptable.