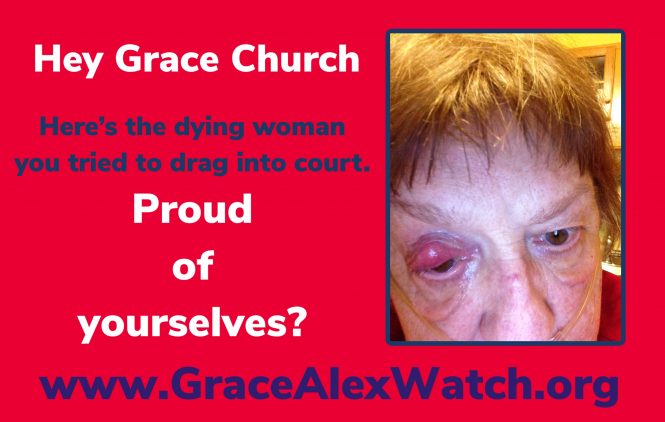 As much as I like Anne Turner, I have no plans to call my opposition to the church and its conduct quits any time soon. That said, issues with Mom’s estate, litigation, and COVID have been slowing things down in recent months. Not to mention that I don’t like the summer heat as much as I used to.

That said, we’re off to the races in court in Massachusetts, where I am not only appealing the district court order, but planning to sue St. Gabriel’s in short order. And there are early indications that the ACLU may weigh in on the case, which would result in a devastating wave of adverse media coverage, both for St. Gabriel’s and Grace Episcopal, the clergy perjury parish, not to mention the relevant dioceses.

I also plan to resume protests outside the church, both on Sundays and during pick-up and drop-of from the church school. In addition, I will be hitting up metro stations, major intersections, and other key places around the church full force in the coming weeks. I also plan to resume leafletting and will make certain to turn out for Anne’s first day was rector.

So there in a nutshell are my plans for the next several months.