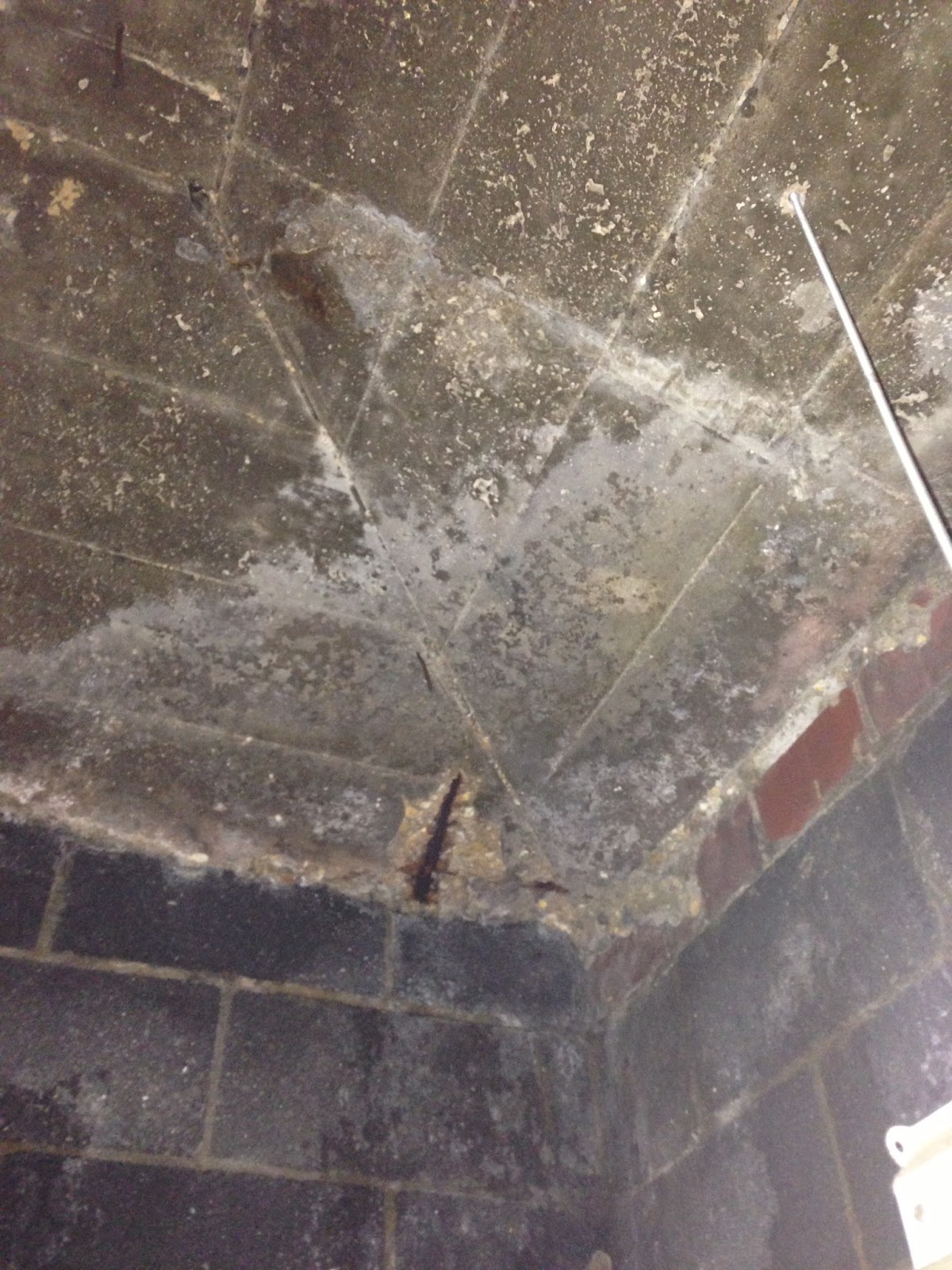 Even a cursory review of the outside of the building reveals that the photo cells are burned out on the LED floodlights outside the library and the can lights outside the lower entrance. While the lights are LEDs and thus use relatively little electricity, there’s no point in wasting the latter. Moreover, replacing the photocells is something almost anyone can do, and it’s not expensive.
There’s also evidence of badly done repairs, including the stone cap for one of the buttresses facing Russell Road, which was reattached with cement, versus mortar. The caulking is poorly done in the columbarium using products of varying colors, weeds are rampant, and much of the clearing work Deborah Crabtree and her volunteers did is not being maintained.
Nor has the church maintained a list of vendors. For example, there’s ample documentation on how to reach the mason who originally built the church. He charges rock-bottom rates (no pun intended), since they are repairs for a structure he built, and he redid the slate outside the old narthex back in 2013. Yet when the steps were repaired, no one appeared to know who did the work when the damaged slate areas were recently repaired. Why?
Meanwhile, I’m prepared to bet that the necessary annual maintenance hasn’t been performed on the hot water heater. This inevitably results in rapid failure for instant-on heaters like the one serving the complex.
Of course, there are issues with other deferred maintenance, including:
Speaking of energy efficiency, replacement of the HID lights in the parking lot, including the parapet floodlights; the post lamps in front of the church; and in the auditorium would greatly reduce energy use and pay for the project in less than a year. And while energy efficiency improvements are less dramatic when it comes to fluorescents, deployment of plug-and-play LEDS in the coffer lights throughout the building would reduce carrying costs and energy consumption. In addition, doing so would free up labor for other, more important issues.
Even worse, to my knowledge no one has followed up on David Adams’ recommendation to do a replacement reserve study. As a result, there are still hundreds of thousands of dollars worth of work that will be needed in the next five years, and the vestry and other parish leadership has, at best, an amorphous understanding of these issues. (It’s also worth mentioning that I paid for a professional capital reserve study in 2014 out of my own funds, but did not give it to the church due to bad behavior by Bob Malm, Lisa Medley, Alison Campbell and Jan Spence. Too bad, so sad, but if you’re going to act like idiots, I’m not going to help you.)

Much of this work is of much higher priority than the stained glass windows, but with no formal replacement reserve study, these decisions are made based on the whim du jour. Further, the parish has absolutely no concept of aligning anticipated expenditures with saving—the two are entirely unconnected, and when they converge, it’s a purely tactical event.

What’s particularly troubling is that Amy Medrick has property development and management experience. Thus, as parish administrator, these are the sorts of issues she should be championing. Otherwise, it’s only a matter of time before the completely expected issues with the HVAC systems, which caught the parish by surprise because folks had been wandering around with their heads in the sand, are replicated elsewhere in the building. And while I like Paul Bellantoni and his family, his time would be better spent worrying about the physical plant, versus taking pictures of me.
Of course, this is a long-standing issue with the parish. Much like the flooding in the boiler room for the nave, which was ignored for years and resulted in a section of wall collapsing, the church treats these issues as out of sight, out of mind.
The reality, however, is that deferred maintenance is inevitably more costly than preventive maintenance. In fact, the latter often increases the cost hundreds of times over, like the cost of waterproofing masonry versus allowing it to spall, decay and collapse. Yet the church appears indifferent to the need to be a faithful steward of its resources, despite claims by the church to the contrary.