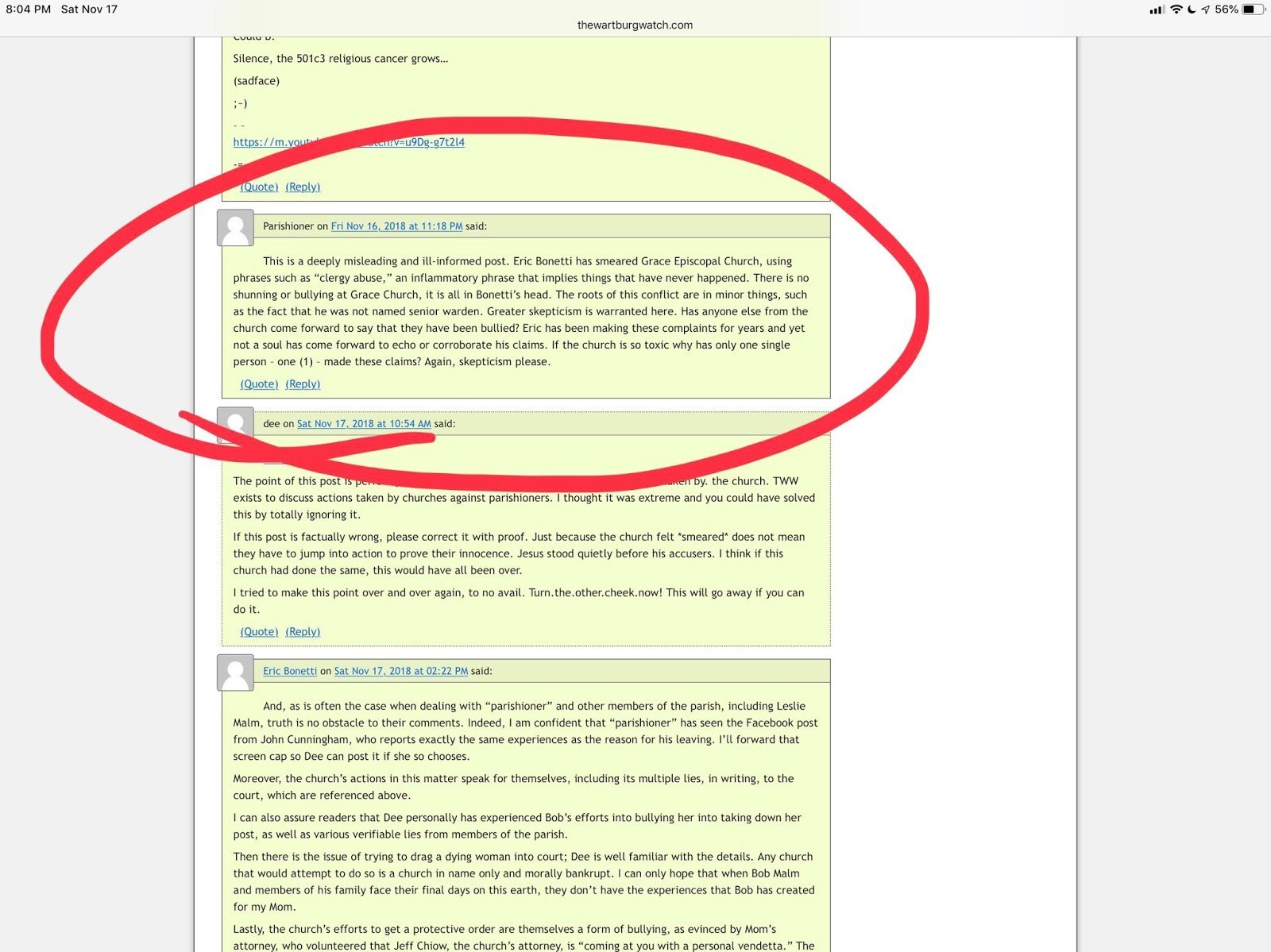 One of the ironic things about Grace Episcopal is that, as Lisa Medley and others attempt to demonstrate that the church is not toxic, they engage in the very behavior that makes it toxic.

Below are comments from Lisa Medley aka the Princess Porcine, in which she claims that bullying and shunning have never occurred at Grace Church. Yet she and her buddy Alison Campbell were two of the parishioners to engage in the most egregious misconduct.
Moreover, Bob’s decision, contained in his email to me forcing me and Mike out of the parish, my confirmation email to Jeff Aaron (who denied us access to the church building), and the email from Mike Jones (in which he confirmed that Bob had been in touch to tell him to remove me from participation in parish activities) all confirm that Bob did organize a campaign of shunning and harassment directed at me and Mike. And just like children who try to say, “I didn’t do it,” despite the fact they clearly broke the window, left a mess, etc., Lisa and her ilk don’t have the maturity to recognize that lying and denying don’t make the underlying issue go away.
Meanwhile, nothing in Lisa’s post, or other communication from the church, suggests any genuine concern for me, Mike, or my mother.  Indeed, I have some great film footage of Lisa and others making obscene gestures at me—a wonderful testimony to the depth of their Christian faith. Meanwhile, notice that Lisa neatly avoids addressing Bob Malm’s perjury and other misconduct. In other words, Lisa’s full of sound and fury, right up until it comes up to actually being a Christian.
And for the record, others have had similar experiences, as evinced by John Cunningham’s confirmation below. Even one Episcopal priest, well familiar with the situation at Grace Church, has said gently, “They have a lot of work to do.” 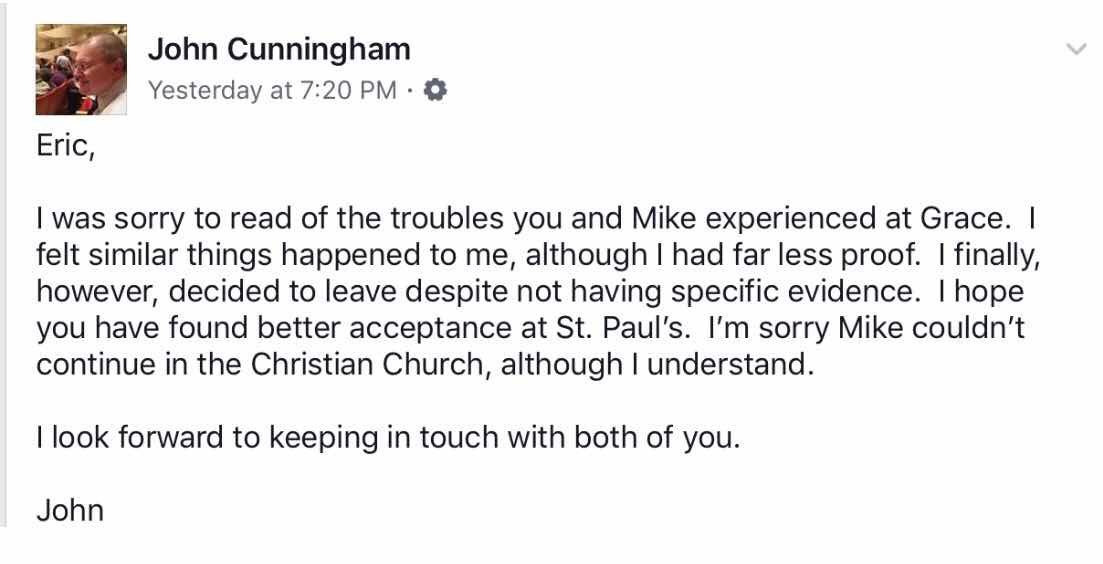