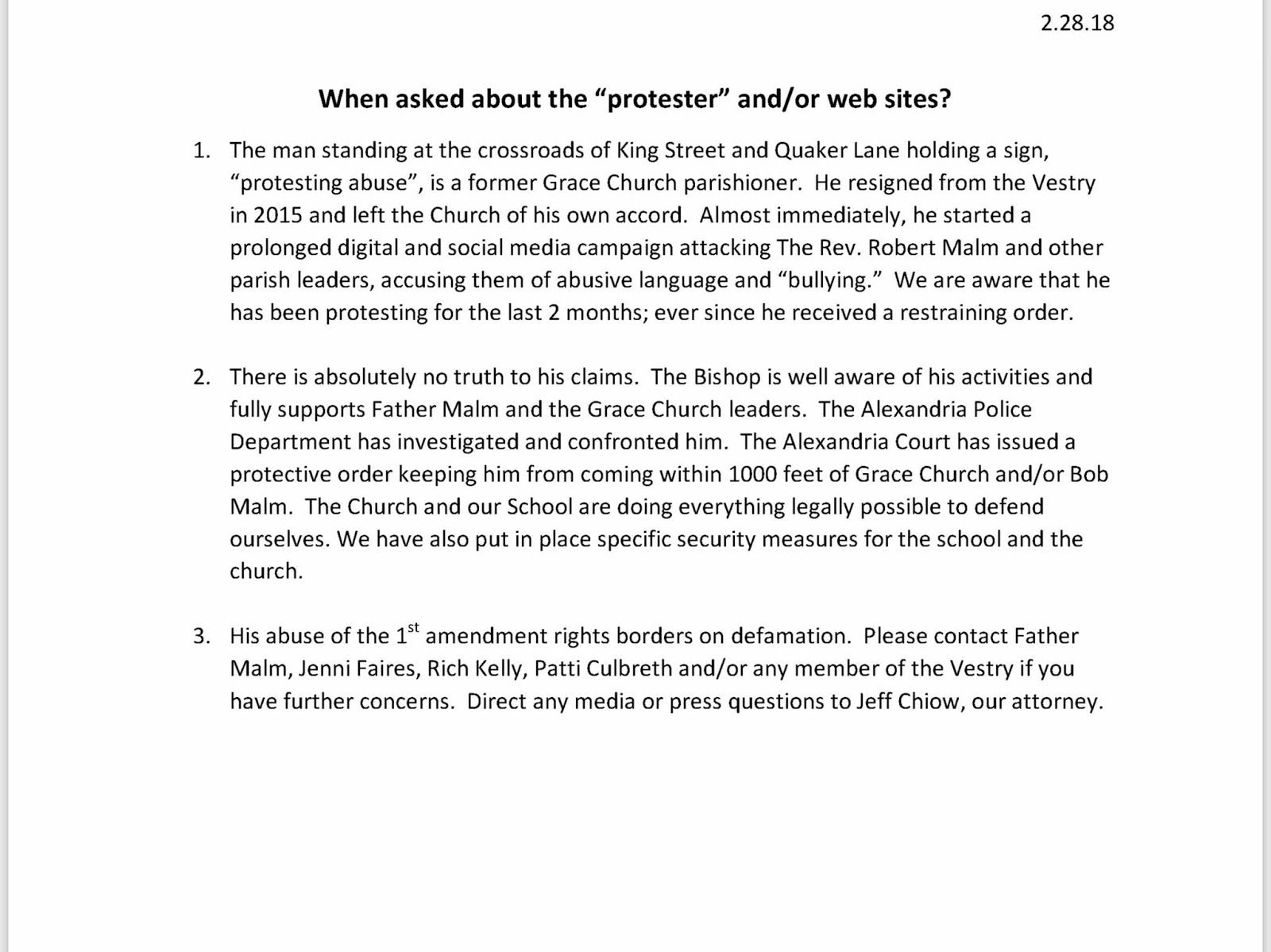 As Bob Malm prepares to settle in as interim rector at St. Gabriel’s, Marion Massachusetts, it’s important to remember that his lies even extend to information he provides church members.

In one instance, Bob and Jeff “Sugarland” Chiow falsely told the congregation and church staff via the talking points below that Mike and I left the church on our own. But if that is the case, why then did he instruct church staff to exclude us, including not publishing our names in church publications, or providing the door access codes? And why did he send us the following email?

Speaking of, having not communicated with Mike, why would Bob include Mike, received into The Episcopal Church 16 months earlier, in his email? Even if I arguably I left on my own, Bob had no reason to include Mike, but one: Spite. And it takes a particularly obnoxious piece of trailer park trash to come after Mike. Not to mention arrogant for assuming (wrongly, as it happens) that Mike would be interested in the Christian church after dealing with Bob Malm and his hypocrisy, as well as the collective hypocrisy of Grace Church.

And while we’re at it, why would Bob contact other volunteers to instruct them to exclude us? How is that Christian? Why would it be necessary if I allegedly had already left on my own? Yet that is what clearly occurred, as evinced by this email exchange with Mike Jones.

My take on things: Any priest who, like Bob Malm, lies to his own parishioners should no longer be a priest.