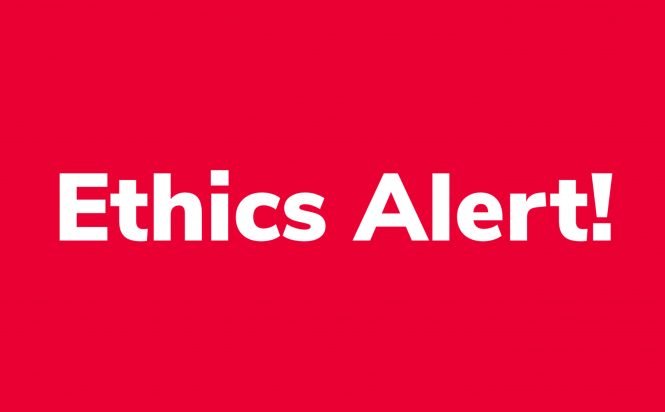 Clergy sexual assault survivors beware! The Rev. Sven vanBaars, who is one of the diocesan Title IV intake officers and has stated in writing that he will only address illegal conduct by clergy if they face criminal charges, is seeking election as a diocesan delegate to the next general convention. This spells bad news as #churchtoo and #metoo victims seek to make church a safe space for survivors.

For those new to the discussion, Sven issued a dismissal, approved by Bishop Susan Goff and upheld by the Rev. Melissa Hollerith, stating the he could not conclude that Bob Malm committed perjury, as the latter had not been criminally charged for doing so.

This is problematic for several reasons, including the fact that perjury is a notoriously difficult crime to charge and, much like clergy sexual abuse, local officials typically are reluctant to pursue cases against clergy. Yet Title IV expressly forbids clergy from engaging in “conduct involving dishonesty, fraud, deceit or misrepresentation;” no criminal charges required.

Moreover, Sven himself violated the express provisions of Title IV by copying Bob Malm on his notice. By doing so, he violated the confidentiality provisions enacted at the last General Convention, which expressly forbid identifying the complainant to the respondent. Yet he attempted to silence me by asserting that I am obligated to treat the matter as confidential. This is not the case, for with the exception of one recently enacted provision, Title IV does not apply to laity. And it certainly does not apply to persons who have left the church.

To make matters worse, Sven serves on the diocesan committee on constitution and canons. Given his inability to parse even basic Title IV issues successfully, his violation of Title IV, and his broken pastoral ethics, this is an alarming proposition.

And, if that isn’t enough, it is not the role of the intake officer to determine whether perjury occurred. Per the canons, their role is to assume the matter complained of to be true, then:

Nothing more. Nothing less. Clearly, Sven either doesn’t understand his role, or he deliberately sidestepped it.

So, if you’ve ever experienced abuse of any sort in a church setting, just know that Sven vanBaars applies a “no criminal charges, no Title IV violation” policy. In other words, even clergy sexual abuse is okay, as long as the police don’t get involved.
Truly alarming stuff.