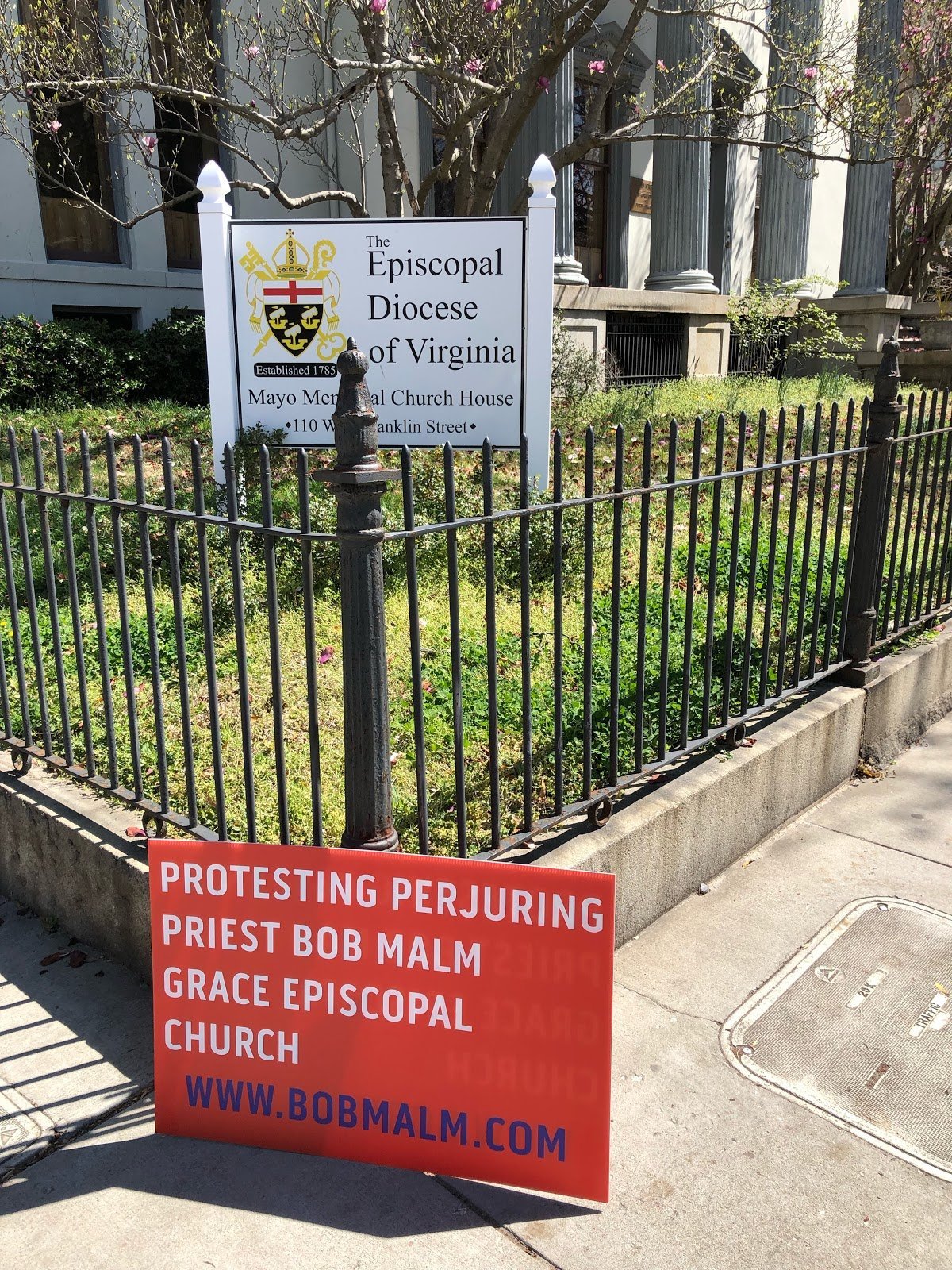 If you are an interim and considering a call to Grace Church, you already have figured out that you not only have 30 years of Bob Malm’s narcissistic legacy to deal with. You also have a mountain of conflict, an active lawsuit, and profound reputational issues to deal with. And people at Grace church often don’t realize just how spectacularly inappropriate their behavior is; in many cases, such behavior is normative.

That said, I also feel that it’s fair to point out that you soon will have me and other protesters directly outside the church during Sunday and other services. I also am giving serious thought to ending my self-imposed ban on protesting outside weddings and funerals, as well as outside the homes of clergy and staff.

So, this is in no way a threat, but it is only fair to put my cards on the table. And no amount of perjury on the part of the church or fabrications by its attorney will prevent me from exercising my First Amendment rights to speak about my experiences with the parish, with perjuring priest Bob Malm, and with Sugarland Chiow.

The only thing that will stop me and other from calling Grace Episcopal out for being the fake church  that it is is to become a real church — a place where people care for God, for each other, and where they recognize that bullying, clergy perjury, or Sugarland Chiow’s hateful, inflammatory rhetoric are never acceptable. Or threatening me. Or Mike’s job. Or trying to drag a dying woman into court.

And as long as folks refuse to admit that Bob Malm is a perjurer, we have nothing to discuss.