Let’s face it. Bob Malm’s good at going after dying women, bullying persons like Mike recently received into The Episcopal Church, ignoring the canons, and making excuses why, after 25 years of his lazy backside, Grace Church still didn’t have the finance manual required by church canons. That said, he wasn’t so good at explaining the thousands of dollars in loose cash and stale checks found in the church office. Nor is he good at accepting responsibility for his misconduct.

So do you think Bob will be a man and admit to his perjury prior to the January court date? Doubtful in the extreme.

Maybe Bob should call his purported friends at the Alexandria Police Department (APD) and have a conversation about the Ninth Commandment. Just in case Bob’s not familiar, that’s the one that says, “You shall not bear false witness against your neighbor.” As in Bob’s courtroom perjury.

Or, since he and Susan Goff appear to be pen pals on the subject, maybe she will be kind enough to have that conversation with the police department.

Doubtful on both counts. 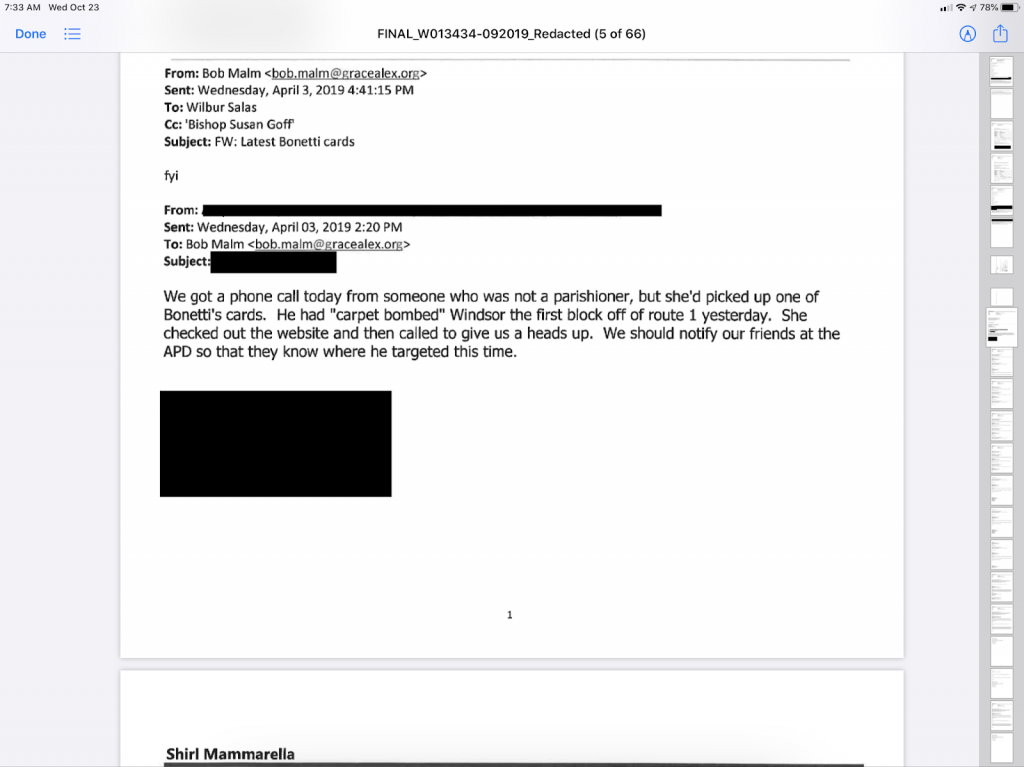