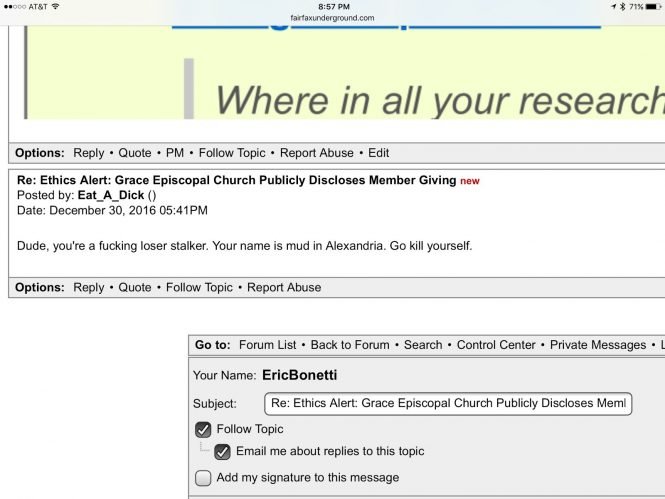 Want to see just how toxic Grace Episcopal is under Bob Malm? Here’s a social media post in which a college-aged member (believed to be Lucy Medley) of the parish urges me to commit suicide.

The fact that Bob Malm, Jeff Chiow, the vestry, the diocese, and the members of this church try to defend this conduct tells you everything you need to know. And let’s not forget that the Diocese of Virginia says it fully supports Bob Malm and the parish. So clearly the diocese thinks this sort of thing is okay. That’s no surprise, though, since the diocese also thinks perjury is acceptable conduct for clergy as long as they aren’t criminally convicted.
If that’s your idea of a healthy church, or the Christian faith, no thanks. You can keep it.