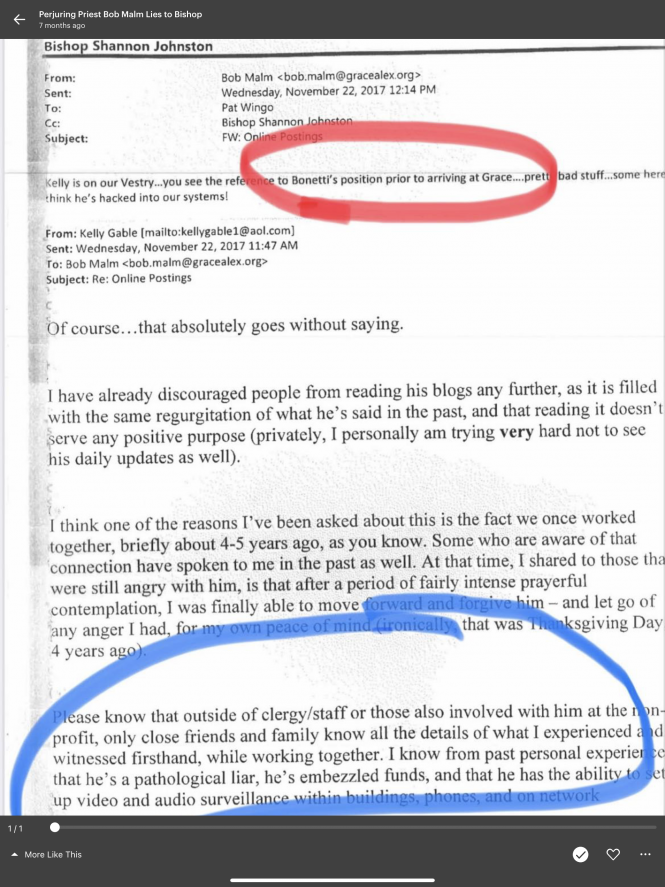 The Episcopal Survivors Network, a group of abuse survivors connected with the Episcopal Church, has weighed in on perjuring priest Bob Malm’s conduct and the need to pursue a criminal investigation of Malm’s behavior.

The press release, distributed worldwide via the Religion News Network, calls for an investigation into the following allegations involving perjuring priest Bob Malm:

The full text of the press release can be found at https://religionnews.com/2022/07/01/episcopal-survivors-network-calls-for-investigation-of-abuse-allegations/.