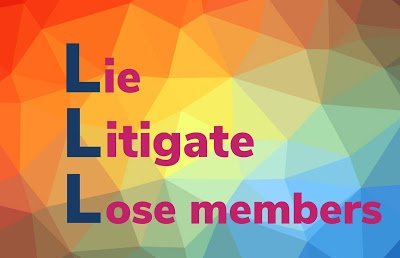 We are fast approaching a point in the litigation where it’s time to start taking depositions. Depositions are taken under oath, and usually involve subpoenaing the witness. They are costly, while being nerve-wracking for the person being deposed. Unfortunately, given perjuring priest Bob Malm’s repeated claims that he can’t remember things — even as he can recall the exact dates of his 2015 vacation —- and his myriad lies under oath make this necessary.

At this point in time, I am scheduling my first three depositions, after which I plan to subpoena perjuring priest Bob Malm himself. Several issues that Bob has tried to avoid in his depositions will be clarified, and I expect we will have further evidence to show that Bob Malm has committed perjury. Additionally, much of the evidence gleaned may be useful for the disciplinary officials now considering the complaint I have filed against Sugarland Chiow for, inter alia, concealing evidence during discovery.

I also have several parishioners on my list who may receive subpoenas, depending on the veracity of information from folks in the first round of depositions. Given the gossip and innuendo that makes the rounds at Grace Church, that will prove VERY interesting, should it come to that.

Hopefully perjuring priest Bob Malm will change his tack and come clean. But given the lies, the perjury, the evasive answers and more from Bob, I think it’s a safe bet we’ll be doing depositions in a few weeks.