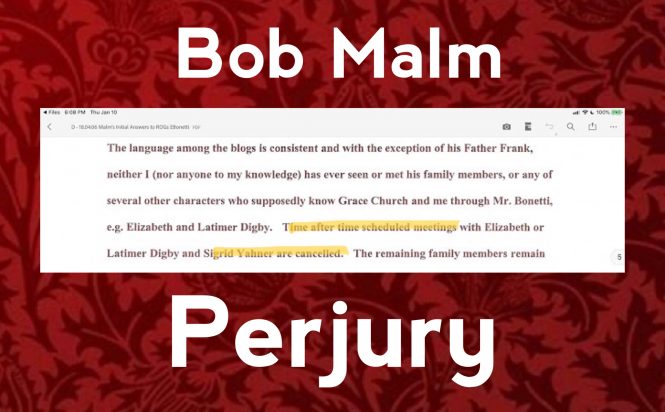 I am evaluating an appeal and will decide in the next day or so.

On happier fronts, perjuring priest Bob Malm admitted under oath, in a recorded proceeding, that he committed perjury in the Virginia case, stating that he had no contact with my mother. That’s relevant, as he claimed that as his basis for his claim that her blog actually was mine. In fact, he claimed that his sworn responses to my interrogatories were something “my attorney did,” attempting to shove responsibility onto Sugarland Chiow. But the reality is that the responses were his, and he is the person who signed the affidavit and the end and had it notarized by Jane Rosman.

I’ll post the recording as soon as I get it.