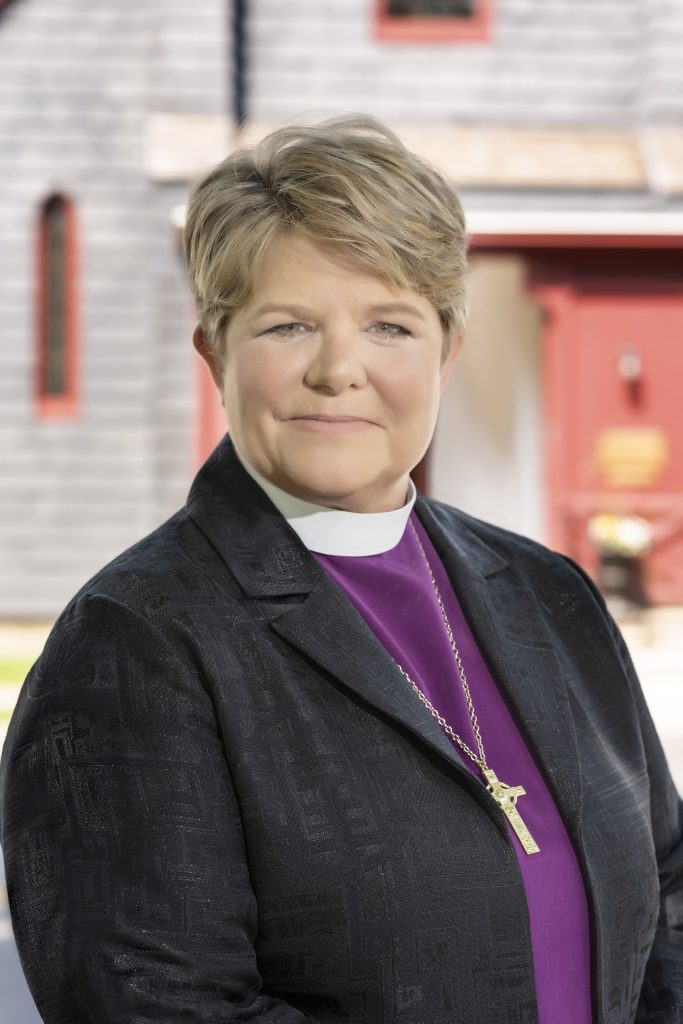 I’ll be covering this from a different angle on Anglican Watch, but there is good, albeit sad, news coming from the Episcopal Diocese of Central New York and its bishop, DeDe Duncan-Probe. Folks here in Northern VA may recall that DeDe was the rector of St. Stephen in the Woods in Fairfax Station.

Per recent news reports and a letter from the diocese, the Rev. Joell Szachara, who had served as rector of St. Stephen’s Episcopal Church in New Hartford NY, has been suspended amidst allegations of financial misconduct at her parish.

As part of the move, Szachara resigned from all church-related positions at the bishop’s direction. Meanwhile, a forensic audit is under way at the parish, and the diocese appears to be pursuing a Title IV disciplinary case against Szachara.

What is most notable, however, is DeDe’s willingness to be open and transparent about the issue, to address it promptly and effectively, and to do so while affording care to those affected by the allegations.

This approach contrasts with that of the Episcopal Diocese of Virginia, which has consistently refused to address concerns about Bob Malm’s conduct, even when confronted with irrefutable evidence that the latter has, inter alia, committed perjury. Indeed, in just a few days the annual convention of the Episcopal Diocese of Virginia will consider a courtesy resolution extolling Bob Malm’s virtues during 30 years of “ministry” at Grace Church. Hardly reassuring.

Moreover, the diocese knowingly ignored Bob’s efforts to drag a dying woman into court. Well-placed sources also tell me that +Shannon didn’t “want to get involved,” despite knowing that Bob Malm deliberately misused donations to the parish, which is per se illegal. (As a reminder, one cannot use restricted solicitations for any purpose other than that for which they were solicited. To do otherwise is at best breach of contract, and at worst outright fraud.) And the diocese has repeatedly refused to address Bob Malm’s retaliation, his repeated violation of pastoral boundaries, and more.

To make matters worse, the public stance of the diocese has been arrogant silence, combined with +Johnston’s facially false assertions in his letter to the parish, in which he states that these matters were “investigated and resolved long ago,” and where he expresses his support for Bob Malm and Leslie Steffensen and their conduct. And the diocese itself has repeatedly has violated the Title IV disciplinary canons, including refusing to provide the requisite “pastoral response” any time a complaint is made to the intake office and breaching canonically mandated confidentiality.

As a result, things are a hot mess at Grace Church and signs suggest things are going to get worse. Conflict ignored is conflict multiplied, as I reminded Bob Malm many times, and Susan Goff and the diocese have done their utmost to make sure this happens.

As we head into the upcoming annual convention, Bishop Goff would be wise to take a lesson from DeDe and deal directly and openly with the problems at Grace Church. Further efforts to elevate Bob Malm to demigod status while ignoring the underlying conflict serve only to widen and deepen the problem, while making it ever more difficult to resolve. Moreover, as the matter presently is postured, only the utterly foolhardy or clueless would agree to serve as interim, for the situation virtually guarantees failure on all sides.

Simply put, one neither can, nor should, attempt to replicate Bob Malm’s model of friendly but faithless narcissism. Such an approach promotes clericalism, while diminishing the real role of God, faith, and community.

Additionally, while the Title IV training materials talk about the importance of church members knowing whom to talk to, even if something just doesn’t seem right, the diocese’s approach of knowingly permitting retaliation for doing provides a powerful disincentive to whistleblowers. Moreover, it’s fair to say my concerns were well-justified, for as our conflict progressed Bob Malm quickly showed his true colors when he filed a false police report and committed perjury. If nothing else those who genuinely fear for their safety, as he claims is the case, do not drive up to the person they allegedly fear, climb out of their vehicle, and begin yelling and threatening them, as Bob did in May along Russell Road.

In short, DeDe gets it, but Susan Goff and DioVA are both clueless and wedded to an approach to conflict and ecclesiastical discipline that virtually ensures continuing problems. Their only hope is to bring in an expert like the Rev. Robin Hammeal-Urban, who has done extensive work on healing after betrayal, to help them understand and transform conflict and brokenness and move towards wholeness.

And while Christians claim to be a resurrection people, one can only be dubious when, as here, the diocese has been utterly resistant to any form of accountability.

For more on DeDe and the scandal in New York, visit https://www.episcopalnewsservice.org/2019/11/05/central-new-york-priest-under-investigation-for-alleged-financial-misconduct/.

To check out Robin’s excellent book on the subject of moving towards health and wholeness amidst misconduct, visit https://www.amazon.com/Wholeness-After-Betrayal-Restoring-Misconduct/dp/0819231770/ref=nodl_

P.S. I sent copies of Robin’s book to +Shannon and several other diocesan officials. I leave it to others to speculate as to whether anyone at the diocese ever read it.