Just in case you thought Grace Episcopal couldn’t be any more toxic, here is the relevant section of the church’s pleadings in the Venango County (PA) Court of Common Pleas, in which rector Bob Malm and church attorney Jeff Chiow tell the court that the church is the victim of domestic terrorism.

A bit of context: Sugarland Chiow tried to tell the court that the subpoena was “validly-issued” (sic), despite the fact that Pennsylvania law does not permit subpoenas in protection from abuse cases. Yet he claims to have expended more than $100,000 worth of time researching and preparing for the case. Nor is Jeff Chiow aka Sugarland newly admitted to practice law. Indeed, he is a shareholder at Rogers, Joseph, O’Donnell, which styles itself a “boutique litigation firm.”

Anyone get the idea that Sugarland was trying to pull a fast one on the Pennsylvania courts? If nothing else, Sugarland didn’t exactly enhance his credibility. 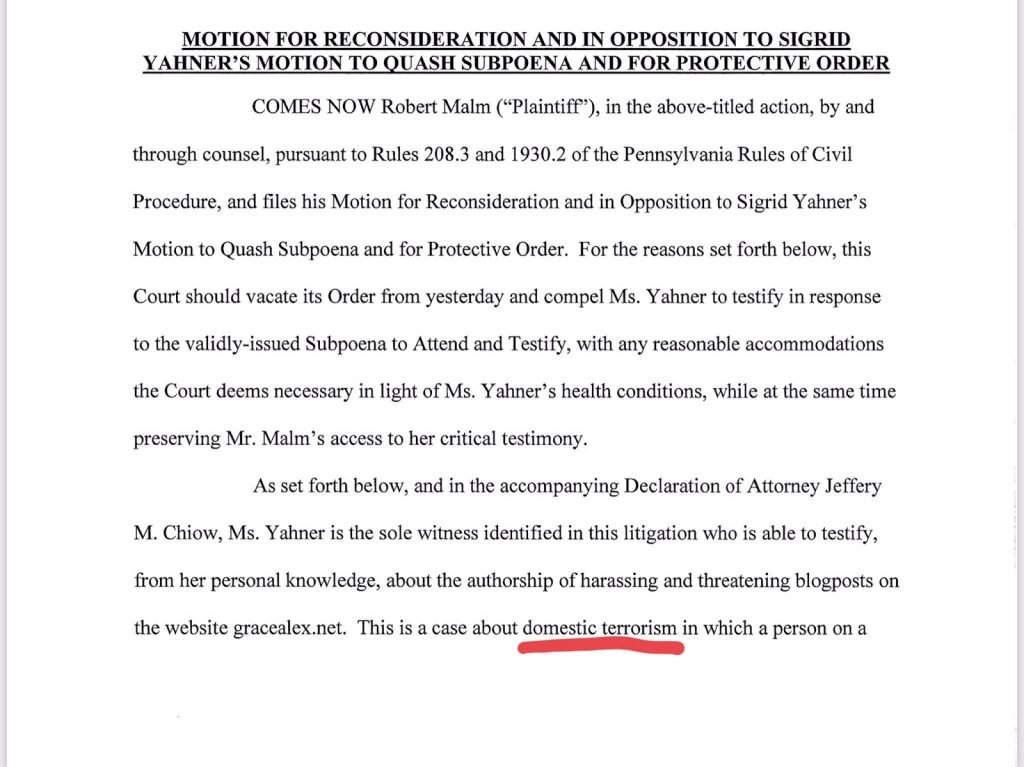