This blog recounts my experiences with abusive conduct on the part of my former rector, the Rev. Robert H. Malm aka Bob Malm, his parish, and the Episcopal Diocese of Virginia. Bob was the rector of Grace Episcopal Church in Alexandria VA—an ostensibly inclusive Anglo-Catholic parish located in the city’s Del Ray neighborhood. The abusive conduct includes multiple instances of perjury, witness tampering, withholding evidence, and even trying, in violation of state law, to drag my terminally ill mother into court. 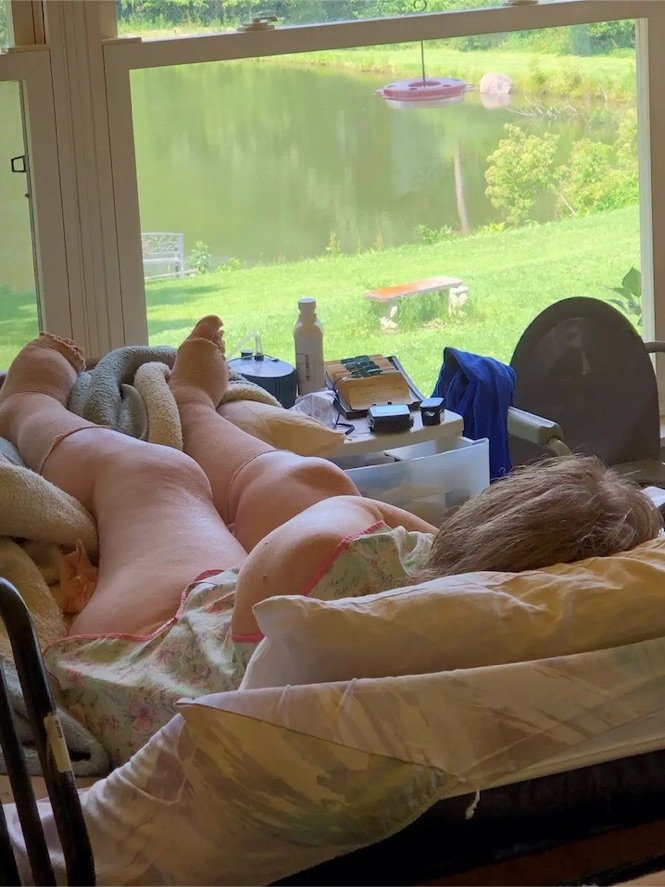 Bob’s misconduct began in July 2015, after I complained to the Episcopal Diocese of Virginia about bullying on Bob’s part, as well as questionable HR, cash management, and financial reporting practices in the parish. I also complained that parish employees were routinely experiencing workplace harassment.

Four weeks later, the diocese wrote back, saying that these issues were, “not of weighty and material importance to the ministry of the church,” and declining to get involved. That’s right—the Episcopal Diocese of Virginia has no issue with bullying, retaliation, workplace harassment, or church funds going AWOL. And while the church may caterwaul in court about its canons and their effect on dissidents seeking to leave the church, it sees no need to follow its own canons, which proscribe many of the behaviors listed above.

Shortly afterwards, I received an email from Bob Malm telling me to find a new church. Days later, I learned that Bob had instructed church staff, clergy and volunteers to shun us by excluding us from the life of the church. Subsequently, Bob acknowledged that he did this in retaliation for my complaint.

I promptly informed the diocese, which refused to do anything.

But Bob’s harassment and retaliation were far from over. Bob deliberately misused memorial donations given by my family; these were not used per the terms under which they were solicited, which is illegal. Yet again, Bishop Shannon Johnston had firsthand knowledge of this matter, and was sent written documentation that the misuse of funds was illegal, but he still refused to get involved. 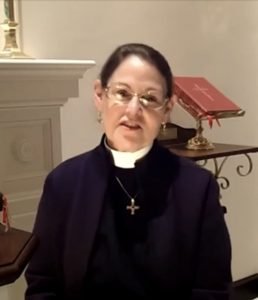 Later, I complained to the diocese about our names being removed from the parish directory. Intake officer Caroline Parkinson, then the diocesan intake officer, denied the request. Further, she lied, claiming that the matter had been addressed earlier, in June. As I pointed out, the directory was not published until October, and I was unaware that one of the benefits of ordination was the ability to time travel.

In spring 2017, following adverse media coverage, the bishop negotiated a ceasefire. This was short-lived, however, for the following December, Bob filed a false police report with the City of Alexandria police department, arguing that a blog written by my mother had threatened him, that the blog was mine, and suggesting that I have major mental illness. All three claims are false, and I believe Bob knows that. Moreover, in his report, Bob breached confidentiality on certain pastoral issues.

When that didn’t work, Bob filed a request for a protective order against me, irrationally alleging that the presence of words like “terrorism” and “murder” in Mom’s blog constituted threats. To the surprise of many, including a neutral attorney waiting for his client’s case to be heard, the judge granted Bob’s request. (His exact words, “What the f*** just happened? That is insane.”)

I immediately appealed. Throughout the discovery phase of the lawsuit, Bob repeatedly refused to cooperate, resulting in a court order requiring him to do so, which Bob ignored. Bob was represented by attorney Jeff Chiow, a former member of the vestry. Jeff’s efforts were marked by several notable things:

In September 2018, having come to the conclusion that truth was in no way a component of Bob’s efforts, I decided to drop my appeal, instead spending my time protesting throughout the remaining 16 months of the protective order, writing about the situation, and more. In addition, at about the same time, I was named the #churchtoo correspondent for an international organization opposing abuse by clergy, resulting in a huge increase in awareness of my issue.

Damage to the Church

Meanwhile, Bob’s campaign of shunning and harassment, which includes my husband Mike, has caused serious and lasting damage to the church. More than  170 pledging units have left the church at a time when the church needs huge amounts of cash to maintain its physical plant. Bob has retired;  assistant rector Fanny Belanger abruptly resigned, alleging emotionally abusive conduct by Bob Malm; and the church appears to be sliding towards insolvency. At this point, if I quit blogging tomorrow, I doubt things would get any better for the church.

On other fronts, there are now multiple lawsuits involving perjuring priest Bob Malm, his family, and the church. They span three states and have cost the church and its insurance carrier tens of thousands of dollars. Not to mention considerable expense for the Malm family.

Indeed, the circle of litigation is growing over time, for St. Gabriel’s in Marion Massachusetts and the Episcopal Diocese of Massachusetts, as well as the church’s insurance carrier, have been issued a record preservation request in anticipation of a lawsuit against the parish. That results from Bob’s conduct while serving as interim at the parish.

Most recently, I have filed in federal district court, naming Grace Episcopal Church, Bob Malm, the diocese, and the City of Alexandria as defendants. Among other things, I would like the court to order a full, fair, independent investigation into Bob Malm’s perjury, with appropriate follow-up, up to and including criminal charges for Bob Malm’s perjury and witness tampering.

In summary, Bob’s behavior is abuse, pure and simple. His conduct is highly unbecoming, and reflects badly on him, on the parish, and the entire Episcopal church. Further, it undercuts the denomination at a time when it is already facing precipitous decline, and Bob and the church hierarchy are utterly indifferent.

In addition, Bob’s actions have been harmful to my entire family, but particularly my late mother, whom Bob tried to drag into court, even as she was terminally ill and in the final months of life. Her distress was palpable, and no one should have to deal with behavior like Bob’s in the twilight of their lives. 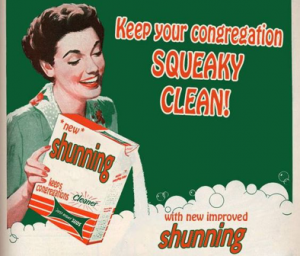 Lastly, I’d point out that shunning usually is the bailiwick of cults, Scientologists, and the Jehovah’s Witnesses. Bob’s campaign of shunning me and my family has gone on for more than five years. Such behavior has no place in any church, and suggests that Bob Malm, Grace Church, and the Episcopal Church itself are morally and ethically bankrupt.

If you’d like to see updates on recent developments, including the litigation now underway, feel free to visit the updates section of this site.

Thanks for visiting my blog.